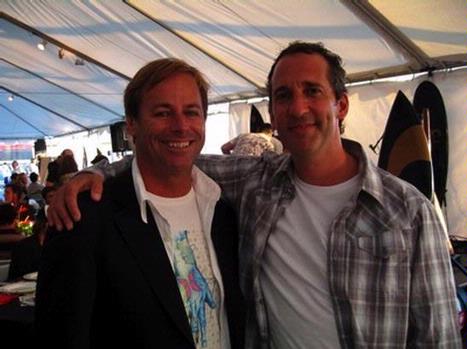 What does this mean for Bob Hurley? According to the press release, “Wyett will work closely with Bob Hurley, who becomes Chairman of Hurley International and continues to be actively involved in the company day to day.”

I’ll call Bob this morning and try to find out more.

“Wyett brings to Hurley more than 25 years of experience in the apparel industry, including seven years at Nike. Wyett first joined Nike in 1994 and held a number of key senior apparel roles in soccer and Nike Team Sports before leading Global Product Creation. Before joining Nike, he worked in the apparel industry in Los Angeles for 14 years, including five years at Puma USA. In 2000, Wyett joined the Walt Disney Company, where he was Senior Vice President for Global Apparel, Accessories and Footwear, and was later promoted to Executive Vice President for Product and Brand Marketing. Wyett returned to Nike in April 2005 as President and Chief Operating Officer of Hurley. He was named Nike’s Vice President of Global Apparel in 2006, but recently expressed a desire to return to Southern California to be closer to his family and resume building the Hurley brand.”