Ambission weighs in on retail debate 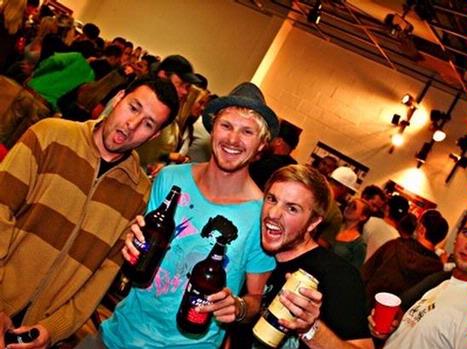 Ambission weighs in on retail debate

Dustin Odbert, an owner of the young Central Coast brand Ambission, wants to share some thoughts on the ongoing debate about manufacturers opening their own retail stores and selling direct online.

A couple surf shops, including Spyder Surf in Hermosa Beach, have told me Ambission is getting some traction in their stores, and the brand is in that early, super growth phase.

Here’s what Dustin had to say:

“After reading all of the articles and being a newcomer to the wholesale side of the industry I can definitely understand both sides of the issue.

“First, I have to start out by saying that this is a very touchy subject and I have the utmost respect for guys like Bob McKnight and Richard Woolcott. They have done, and continue to do, a fantastic job growing their brands and pumping out really great and innovative lines season after season. We couldn’t do what we do at Ambission without those brands to have pioneered the way, and the same goes for all the other brands that have been pillars in the industry.

“Retailers as well have done an amazing job of growing and nurturing those brands and the surf/skate/snow market into what it is today, and without them, Ambission would be nothing.

“From the up-and-comers standpoint, the “A” brands opening their own stores and going direct online is great because sooner or later it will free up dollars for us. I can understand retailers being unhappy with it after they have backed these brands through the good and the bad, but I think Brooke McGregor of Sabre Vision nailed it (in his post on Shop-Eat-Surf.com) by saying that retailers are playing it to safe. There seems to be nothing special about specialty retail anymore. Why would a customer support a core shop when they can get all the same product at the mall at a discount?

“Now I’m not saying drop all the Billabong, Quik, Volcom, etc. and just carry the new guys, but don’t put all your eggs in one basket. Support the up and comers that are supporting new growth in the industry. With a good mix of the “A” brands and the solid up and comers it will make specialty retail cool again, something I feel has been lost.

“The power is ultimately in the retailer, they can carry whatever they want and in a way have allowed this situation to happen. Twenty-five years or how ever long ago retailers for whatever reason believed that these new brands Quiksilver, Volcom, Billabong etc. would help them earn a living by carrying them in there stores. They were brands that no one else carried, therefore making their store different and special.

“Those brands have grown with specialty retail as far as they can and need to continue to grow their business and rightfully so, now is the time to remember how the surf/skate/snow market became cool and branch out and support the future of the industry. “