We followed up with American Media and Adventure Sports Network to find out more about the big acquisition announced last week.

Chris Scardino, American Media’s EVP and Group Publisher, and ASN President Norb Garrett, answered a few questions. Because the acquisition is so new, they said they aren’t able to discuss more specific details. But here’s what they did say.

(See our companion piece about the job cuts at ASN last week.)

Chris Scardino, American Media Executive Vice President And Group Publisher: The addition of compelling new platforms and a younger, engaged, and affluent audience will not only broaden American Media’s reach, but help to bring new talent, strategies, and opportunities to the company as previous acquisitions have done.

AMI is one of the world’s largest publishers of celebrity and lifestyle content. Those resources will help to provide a steady foundation and a great opportunity for continued development (at ASN).

Will any of ASN’s titles close as a result of the acquisition?

Chris Scardino: We are working closely with the ASN teams to assess the best path forward for all of the brands.

Can you provide any information about the job cuts that happened at ASN last week? It has been reported that 50% of the staff was cut, is that true? If not, can you provide more accurate information?

ASN President Norb Garrett: The decision to make strategic, and necessary, staff reductions was previously made by TEN Publishing regardless of whether ASN was going to be acquired or not.

Norb, will you be staying with the new company? If so, what will your role be? 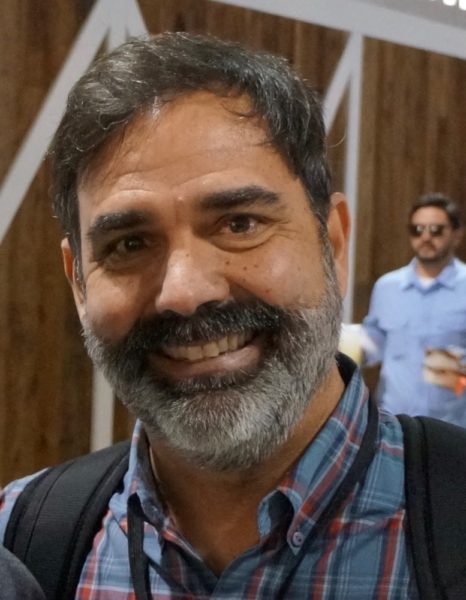 ASN President Norb Garrett, who many in the industry think highly of – SES file photo

Norb Garrett: I have been offered—and I have accepted—to continue on as the President of the Adventure Sports Network division of AMI’s Active Lifestyle Group.

Can you describe what the business climate has been like for ASN over the past few years given the changing media landscape and the challenges with action sports brands?

Norb Garrett: ASN’S challenges are no different than any other media company operating today.

However, we have remained focused on growing in new areas, including branded content solutions, experiential events, OTT channel development, and licensing, such as the expanding the Surfer the Bar franchise, to better diversify our business. (Editor’s note: OTT stands for “over-the-top,” the term used for the delivery of film and TV content via the internet.)

The company has been through several acquisitions over the years. Any worries about morale?

Norb Garrett: American Media is helping to provide more stability and opportunity for ASN. That is something all of us are appreciative of and excited about.

(See our companion piece about the job cuts at ASN last week.) Surfer, Bike, Powder, the Transworld titles, and Snowboarder are now the property of the owner of Men’s Journal, Us Weekly, | Read more… ASN notified advertisers last night that the Transworld Snow brand is closing – both print and digital.