Seea may be a small brand, but they won big at the SIMA Awards Wednesday night. Photo courtesy of SIMA.

The SIMA Awards returned with a bang Wednesday night after a year’s hiatus, with several interesting story lines among the award winners.

Several brands that had won categories for multiple years in a row were unseated, a female brand won Breakout Brand for the first time, Vissla won in Men’s Apparel for the third year straight, and O’Neill returned to wetsuit victory after a dry spell.

Billabong was the big champion of the night, winning five awards across men’s and women’s.

This time around, Billabong won for Men’s Marketing, Environmental Product, and the coveted Men’s Boardshort category.

In Men’s Marketing, Billabong unseated Roark, which had dominated the marketing category for four straight years.

And in Environmental, Billabong unseated Patagonia, which had previously won the award four years in a row. This year, Billabong won for its Recycler Boardshorts. 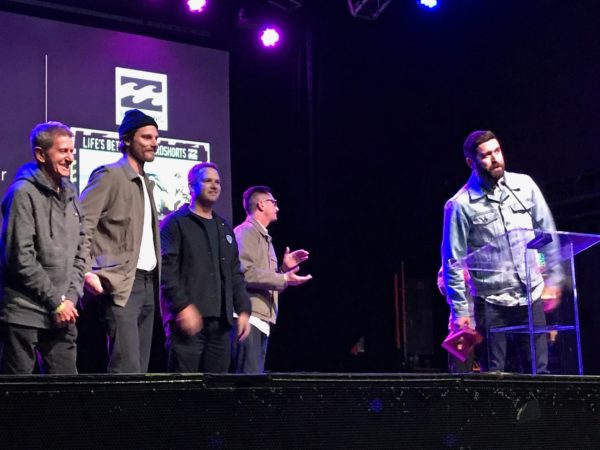 Instead, Seea got the big win in women’s swim. Seea, a small, self-funded swim brand that is totally unique from anything else in the market, had a big night. Seea features retro, feminine designs with modern prints that are made for surfing, not just for looking pretty on the beach.

Not only did Seea unseat swim heavyweights in that category, but also won Breakout Brand of the Year. It was the first time a women’s brand has ever won in that category.

Billabong and Seea were the only brands to win multiple awards. The rest of the awards were spread out among a wide range of brands.

And if you look deeper into those other winners, there are interesting stories.

Vissla won the Men’s Apparel award for the third straight year, which is pretty impressive given how young the brand is and because many of the brands they compete with have a lot more financial firepower. 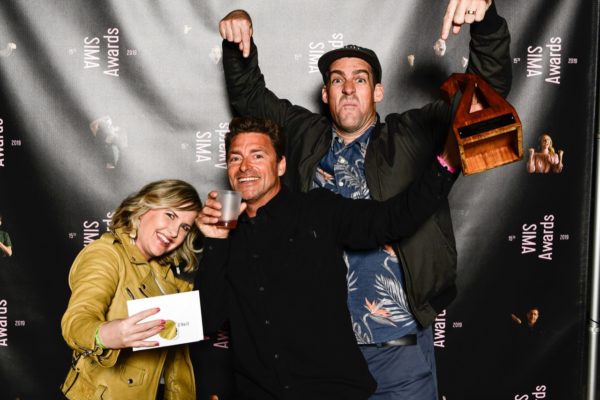 I’m guessing O’Neill is super happy today for returning to glory in the Wetsuit category. In 2017, O’Neill, one of the biggest players in wetsuits, had not even been nominated, which was a shock.

This time around, O’Neill won for its HyperFreak Series. While Xcel had won in that category in 2017, Rip Curl has previously been dominating the wins in wetsuits.

In Footwear, Vans unseated Reef last night, which had taken home the trophy two years in a row. Vans won for its UltraRange Rapidweld style.

In the new Eyewear category, part of the expansion of the awards, Electric won for its John John Signature Series. 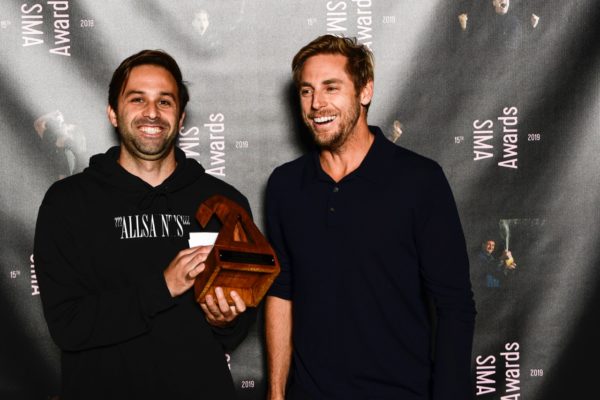 In Surfboards, Firewire won in the Alternative category for its Go Fish model and Pyzel won in the Performance Shortboard category for The Ghost. Firewire has won many awards over the years, but it was the first win for Pyzel.

FCS won in Accessory Product of the Year for its Freedom Leash, in a revamped category that now includes surf accessory hardgoods like leashes, booties and inflation vests in addition to watches and tote bag coolers. 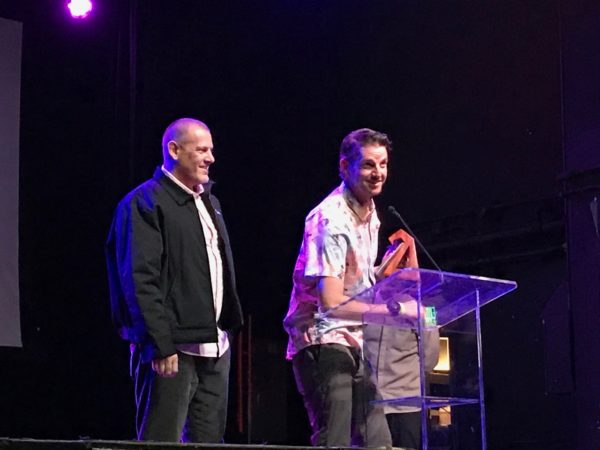 Surf Ride owner Josh Bernard accepting the award for West Coast Retailer of the Year. “Retail is not dead!” he said. Photo by SES.

Another change this year was the expanded retailer awards for different regions of the country – Hawaii, East Coast, Inland America and West Coast.

The winners were: Hi-Tech in Hawaii, Heritage on the East Coast, evo in Inland America, and Surf Ride on the West Coast.

Another big change this year: The ceremony itself was super speedy. Brands kept their speeches short, and the event clipped along at a quick pace.

Overall, it was great to have the SIMA Awards back. Not only does it showcase some of the industry’s best work, but it gets the competitive juices flowing. I talked to several brand leaders whose brands did not have a good night who are fired up to do better next year.

See more photos from the evening below in our slide show.