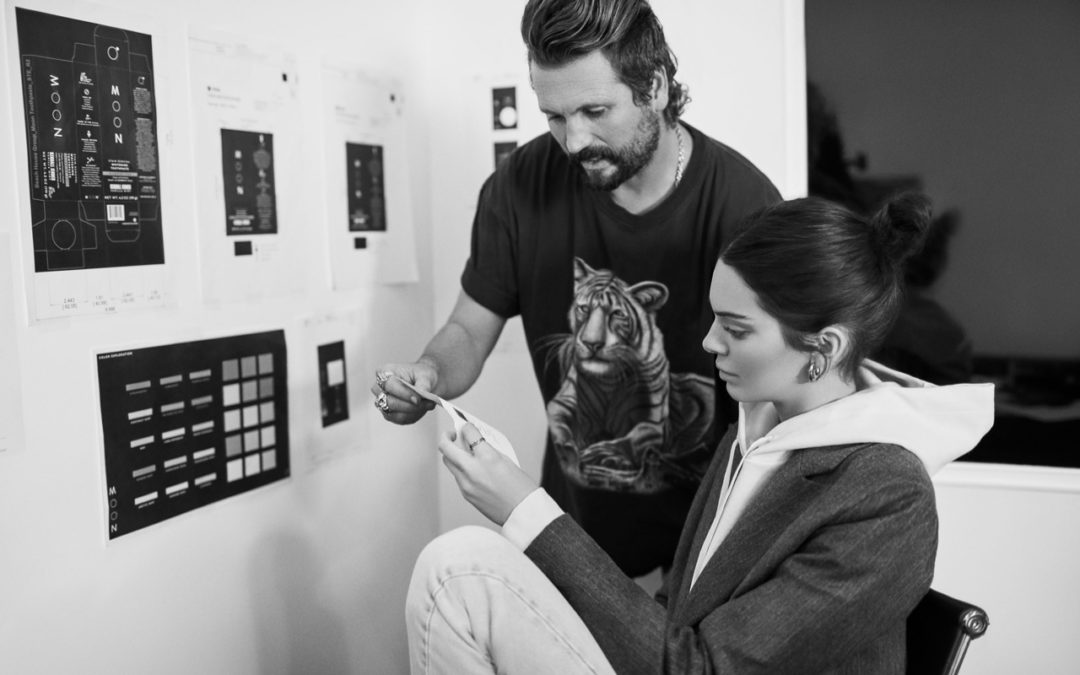 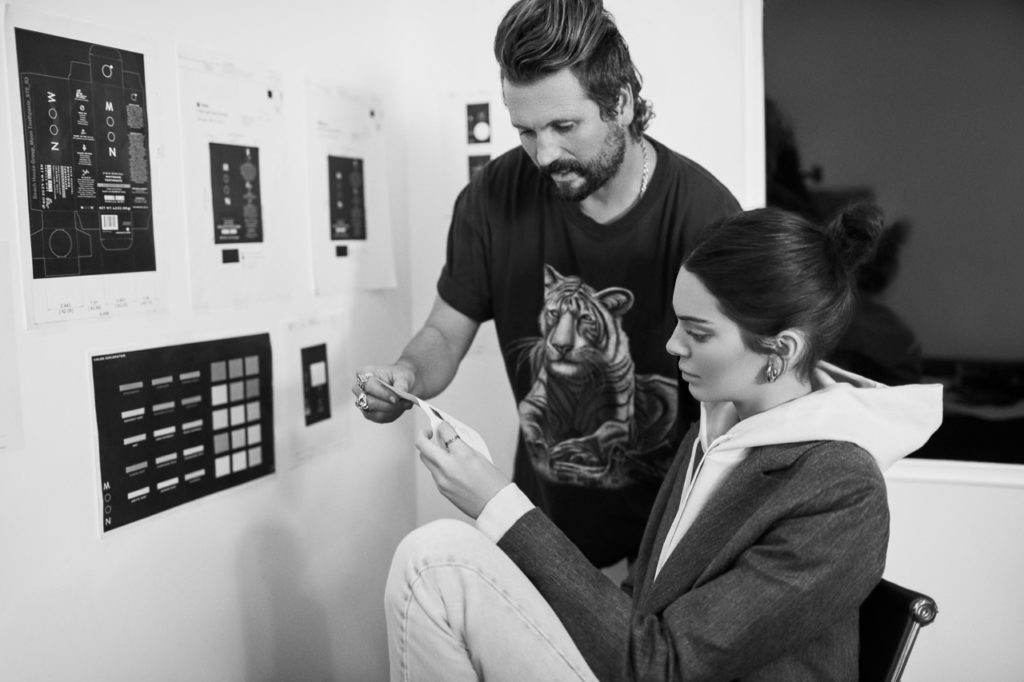 Shaun Neff has been in the news lately because of his new oral care brand partnership with Kendall Jenner.

MOON is not the only project he’s been working on since he sold Neff to Mad Engine in 2017. We checked in with Shaun to find out what else he’s been up to and to get his thoughts on the state of the action sports industry.

Tell us about your new project with Kendall Jenner. How did you get involved with her?

Shaun Neff: We launched an oral care brand called MOON about a month ago. I’ve looked at the category for a while now and felt that it’s a category that generally looks ugly on your counter and there was an opportunity to bring an oral beauty element to that space.

I’ve known Kendall for over five years. When we were developing the brand, I went to her house and showed her what I was working on. She loved the concept and wanted to be involved.

What does the Beach House Group do and when did you become involved?

Shaun Neff: About two years ago as I was looking to start a couple of new ventures on my own, I was introduced to three amazing and talented individuals who were building brands directly with a large mass retailer.

I loved the infrastructure and team they had built, and the capability to get brands up and running quickly. I became a partner in the business with a goal of identifying white space in the market and building consumer brands that are partnered with massive personalities.

What are some projects you have worked on that have been the most successful?

Shaun Neff: The first brand we launched at Beach House is a travel company called Béis. We partnered with Shay Mitchell and that brand has been wildly successful. We’ve had three drops on our website that sold out within days and each drop did over a million dollars in sales. That brand now is at Nordstrom and I’m excited about its future.

Another amazing venture has been starting Mad Merch under the Mad Engine umbrella. It’s a merchandise company where we design, develop, fulfill and manage the web stores for some of the biggest YouTube influencers in the world.

We work with names like Liza Koshy, Lily Singh and Emma Chamberlain to name a few and it’s been incredible to see the brands they have built – their fan bases are extremely engaged.

It’s wild. We will drop a capsule collection online and they literally push a button announcing the new drop through their social channels to 25 million-plus people and we instantly have millions of people shopping the site in over 100 countries.

To me, it’s a sign of the future for the apparel and accessories game.

Are you still involved with Neff now that Mad Engine owns it?

Shaun Neff: Yes, I’m still involved with Neff but not day-to-day anymore. I work with Travis Matsdorf, our amazing CEO, on big picture initiatives and making sure the Neff vibe is still present throughout the brand.

Mad Engine has done a great job with Neff and the sucka face logo. Fun vibes are coming back, which I’m excited to watch.

You have moved outside of action sports in a big way. What are some key things you have learned doing projects in that bigger consumer world?

The bigger consumer game is not that much different. You still need to understand the customer and market you’re after – it’s just that the consumer base is much larger. With MOON, our consumers base is everyone that has teeth!

But you still have to make incredible product, have a reason to be and have a point of difference. You also have to run a smart operation while trying to create as much noise and awareness as possible. So to me it’s very similar. The difference is just with the opportunity to scale and play with massive retailers.

How would you describe the state of the action sports industry? What are some changes you would like to see?

Shaun Neff: The state of the action sports industry has changed tremendously because it used to be made up of just surf, skate, and snow brands only speaking to that niche culture.

But when you look at the most popular brands today in action sports stores, a lot of them are just lifestyle and not specifically action sports brands. I think that’s the challenge in the action sports industry today: how to keep the roots in action sports and keep it real but yet appeal to the wider, more relevant youth culture trends that are happening.

At Neff, we supported athletes in the surf, skate, and snow scene but also musicians and NBA athletes and YouTube influencers, etc., to reach a wide demo, which I think is even more relevant today.

In my opinion, the action sports industry will always entice amazing and creative people to do rad stuff because the industry is rad.

But I think we need some crazy new kids with wild ideas who are rooted in skate, surf or snow to blur the lines of fashion and relevant pop culture.

We need those kind of kids to come up with some new trends because our industry needs some new blood and excitement. 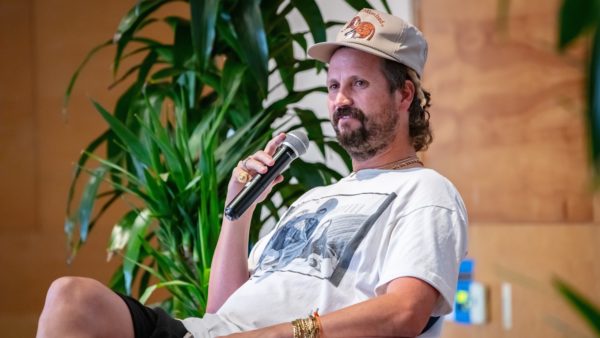 Shaun Neff was a featured presenter at the SIMA Speaker Series event. Photo courtesy of SIMA

The discussion covered the latest in e-commerce strategies. 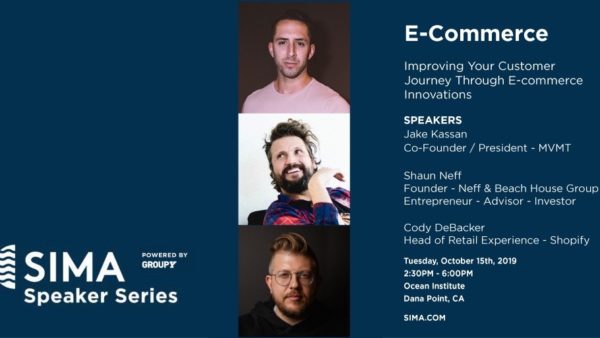 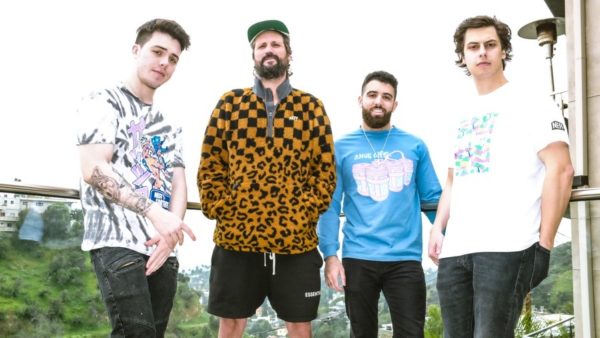 FaZe Clan jumps on board for Neff and Fortnite collaboration.