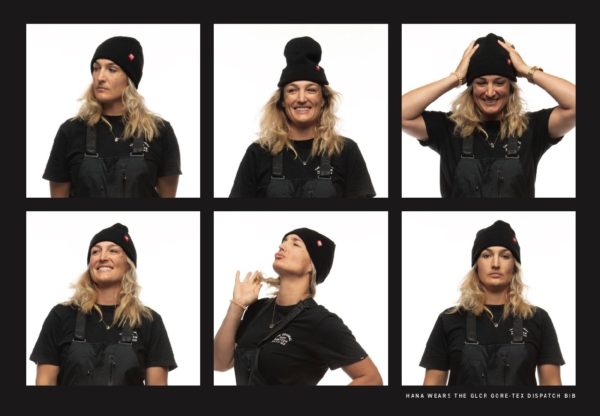 686 is launching several new initiatives to grow and support its women’s business as the snow season gets underway.

Executives at 686 answered some questions for us about this new focus on the women’s market.

Why is 686 dedicating more resources to the women’s market now?

As the executive team analyzed our merchandising and marketing strategies, we wanted to make a significant investment to reflect the balance of participation by women in snow sports. We don’t want to just have a women’s collection and a couple token women athletes. We want to be a stronger part of the women’s community in snow sports as a whole – supporting women athletes, films, camps and other initiatives on a much larger scale.

The goal is of course to grow sales, but equally as important is becoming a brand that is helping women push the progression of sport and equality.

Is it new that 686 is paying women athletes the same as men? Why is that important?

Brent Sandor: It isn’t new. We’ve paid our employees, consultants and athletes the same for 25 years.

With the addition of Hana Beaman, we are welcoming our first truly marquee women’s athlete. It was very important that her contract be the exact same as the men’s contracts at that level, even though our women’s business is substantially smaller than our men’s. People tend to make the argument that if the women’s business is smaller, then the women theoretically have less impact on the business and their contracts should be smaller. We don’t agree with that. We continue to support any women on our team the exact same way we would support a male at the same level.

Why did 686 add a women’s program manager? Are there more sponsored athletes on the team now?

Brent Sandor: When we made the commitment to the women’s side of the business, the entire executive team agreed that we wanted to hire a new resource for this position. 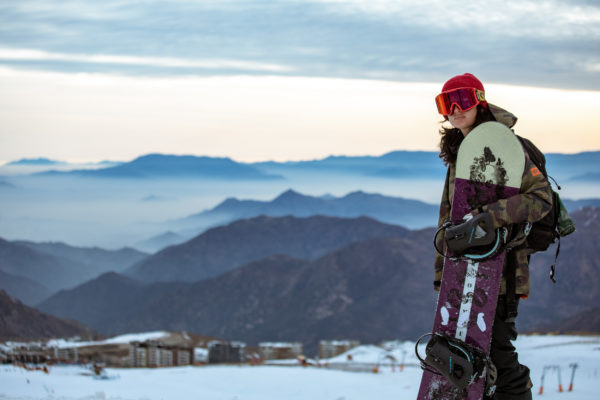 I also knew that we are not wizards at marketing to women. While our design team is very diversified with men and women, our male-dominated marketing crew has done a lackluster job of marketing to women. We needed a strong, educated, powerful voice and I really had my sights set on Mary the entire time.

Mary brings years of industry experience. She has proven her skills at every level. She’s a professional writer, editor and photographer, camp founder and, most importantly, she has a phenomenal rapport with athletes, retailers, consumers and peers.

Mary will also be leading initiatives, shooting photos, writing content, helping connect our social presence and most importantly, nurturing communities – both online and irl. Mary has already dug in and worked hand-in-hand with our athletes to create a path for growth while maintaining our authenticity and incorporating their vision of the sports.

We have seen brands use different strategies – from athlete-driven to influencer-driven – to market to women.  We feel we can find our own balance and path that portrays a strong authentic voice to women.

686 Women’s Program Manager Mary Walsh:  With the current line-up of riders and skiers on the women’s side, the upcoming winter is going to be exciting. While women riding alongside men will always be a part of the 686 philosophy, being able to further support the women’s team in their own film projects, team trips, events and activations adds an additional layer of depth to 686’s overall athlete program.

We also want to create more awareness in the snow industry as a whole about talented women athletes, connect with consumers to create community, and overall further welcome more women to feel stoked and confident in the mountains.

What percentage of the 686 business is women’s?

VP of Sales Jono Zacharias: Currently, it hovers around 25% of the total business. While there is planned organic growth over the next three-to-five years, we feel strongly that by becoming a bigger part of women’s experience in winter, we can scale our growth faster in women’s as compared to overall company growth over the same period of time.

This is a long-term and large-scale commitment. We understand it will take time for the marketing, product and sales strategy to fully align and impact growth and we are committed to supporting the vision over this extended period. 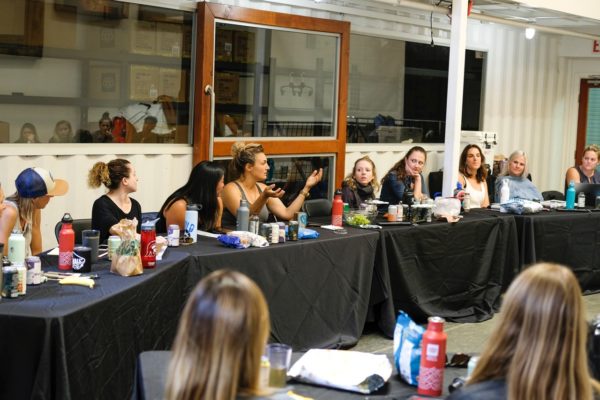 Brent Sandor: Mary and the athletes were just the first part of the puzzle that we put in place. Throughout this season and next, viewers will see the evolution and focus through new content, activations and messaging. We are evolving our product offering through direct feedback with a group of 25 women retailers, professional skiers and snowboarders, media and consumers that we created this summer.

We brought these women together for the first time over two days in LA for our first Women’s Roundtable and the feedback is being directly implemented into new product design already. We are very excited to create a future shaped with our athletes and the Women’s Roundtable group.

Why add a Unisex collection? Couldn’t the women just wear the men’s if they wanted to? Does it change the breadth of the dedicated women’s lines?

Brent Sandor: Women in Japan have been wearing our men’s gear for years because they preferred the cuts and colors. 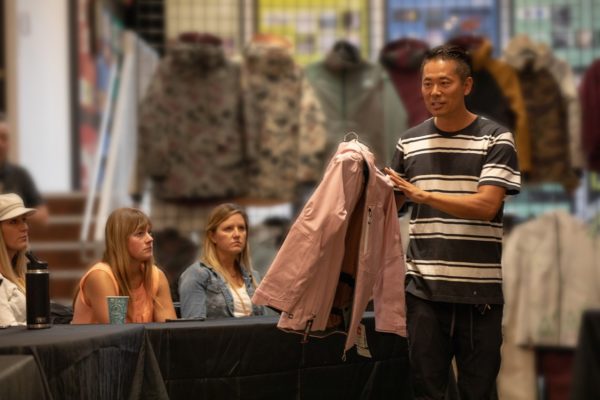 In fact, the Borderless (Unisex) Collection was born from Jacque Lammert and Darrah Reid-McLean consistently choosing to wear our men’s styles for the past two seasons. Their unique style dovetailed with the unisex trend we were seeing in streetwear and fashion.

Mary Walsh: While it is very possible for a woman to walk into the men’s section and purchase outerwear, it’s an entirely different concept to actively offer a unisex collection to women.

The Borderless Collection creates communication between 686, retail, and consumers about the options available so all entities can work together to provide women with the options that they would like.

Snowboarders and skiers want to be able to express their sense of personal style on the hill, and the Borderless Collection is an additional avenue for female riders and skiers to do that.

Brent Sandor: It really is a statement as much as it is a merchandising strategy – that we support our badass females who want to wear something different. This decision was reinforced recently at our Women’s Roundtable when a handful of dealers from North America noted that the strategy does present something fresh and on-trend from what they are seeing, especially for the freestyle-focused female.

It does change the breadth of the women’s lines – we now offer new fits, colors and styles that were not merchandised in the women’s collection, which is great. On the other hand, we also have extended sizing in these styles, which adds SKUs to our collection, which of course creates more planning headaches. The operations team probably isn’t hyped on us for creating this collection, but we feel the offering is very important to the statement we are trying to make.