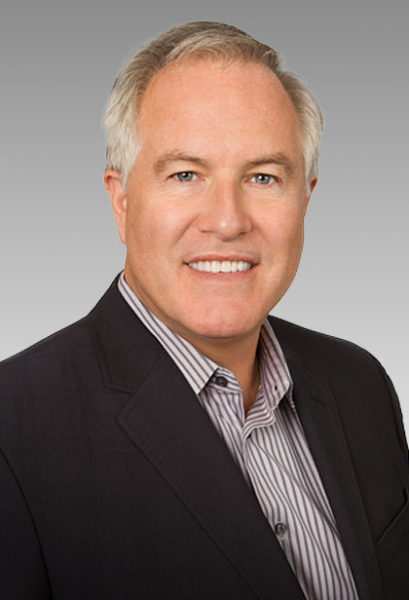 We spoke recently with Brien Rowe of D.A. Davidson about his busy summer of transactions, the state of the financial marketplace, and the health of the action sports and outdoors industries.

Brien is the managing director of D.A. Davidson’s consumer products investment banking group, and he’s based in Orange County along with another 40 investment bankers.

In a wide-ranging conversation, we discussed DADCO’s recent deals, the climate for mergers & acquisitions, what investors are looking for in companies today, the state of consumer businesses especially in action sports and outdoors, D.A. Davidson’s significant but less well known Southern California presence, and its big deal forming a strategic partnership with a European investment bank.

Shop-eat-surf: You’ve had a busy summer. What can you tell us about the transactions you were involved with?

Brien Rowe: It has been a busy summer. We recently closed on the sale of Dwindle, from Globe International to Transom Capital’s portfolio company, Bravo Sports.

The successful closing is an indicator of the health of the skate hard-goods market, and of the attractiveness and quality of Dwindle’s brand portfolio.Transom not only acquired great brands to complement their existing skate portfolio, but also a very capable management team that they can leverage as they go to market.

We also closed on a couple of transactions where we represented Accell Group, a publicly traded company out of the Netherlands and a dominant player in the bike sector. We assisted them in exiting North America by two transactions where Canadian Tire acquired the rights to the Raleigh, Diamondback, Redline and IZIP for Canada, and private equity fund Regent LP acquired worldwide registrations for Diamondback, Redline and IZIP along with certain U.S. distribution rights for Raleigh, Haibike and Ghost.

Amongst all of our travel, My partner Mike Smith and I recently returned from Germany where we attended the Eurobike trade fair, where it was fascinating to see the strong momentum and positive energy around the e-bike phenomenon. It felt like we were looking into our future in a few years, to see the e-bikes coming our way in the U.S.

Shop-eat-surf: What do these transactions say about the state of the action sports and outdoor industries?

Brien Rowe: For skate, it’s been declared an Olympic sport, and in skate hard goods we have seen a much-anticipated turnaround over the last several months. The Dwindle transaction and recent solid performance at Santa Cruz/NHS are both definitely indicators of that.

On the bike side, in North America the market has been difficult, but these recent transactions show that for heritage brands, their value and legacy supercede those challenges, and these brands continue to be attractive to buyers who have a strategy to use them appropriately in their respective markets.

The e-bike phenomenon is something that will continue to accelerate and should be the thing that will ultimately turn the U.S. bike market around, perhaps in a slightly different form than in Europe, where distances are shorter, the cities are often denser, and fuel costs and culture around the environment can be contrasting.

What are investors looking for from companies today, and how has that changed compared to recent years?

And digitally native brands are getting a lot — much of — the attention. Direct-to-consumer is strong, but investors are paying close attention to metrics like customer acquisition costs.

We like to say, “CAC is the new Rent.” Omni-channel, it’s a well used term, but it really matters. Having multiple ways to serve a customer counts. Lifetime value of the customer counts. If you’re spending $100 for a customer but they’re only buying $150 over 5 years, that’s probably a bad deal.

Investors are looking for growth, but not at the expense of margin or brand dilution. So, the focus is on healthy, strategic growth.

D.A. Davidson’s CEO is in Seattle, but you have a significant presence in Orange County. Can you tell us about the breadth and scope of the firm here, and how that fits into the financial industry in the region?

We’re very active across a range of sectors. The branded consumer space, which is my group, is the largest for D.A. Davidson and in OC as well.

We also have a robust and rapidly growing technology advisory team here, as well as bankers covering the industrial and financial institution sectors.

Many people are unaware of the scale and breadth of our firm, but some more stats: We have about 1,400 people with 13 investment banking offices across the U.S. and Europe, with over $50 billion in capital, and generate about half a billion dollars in fee income.

So, we’re a substantial firm, we’re a partnership, and we’re probably the biggest firm you haven’t heard enough about!

Speaking of Europe … In the past year, you announced a strategic partnership with a European investment bank. What can you tell us about who they are, and what the partnership means for industry companies?

Brien Rowe: In the past two years, we’ve established a strategic joint venture with a highly regarded European partner.

Our entity is called D.A. Davidson MCF International, with offices in London, Stockholm, Hamburg, and Helsinki, and focusing specifically on M&A and capital raising.

It’s an exciting move for our firm and our group, and it’s provided us with much greater access to international clients as well as buyers and investors.

For U.S. companies, it allows us to bring a significant number of relationships at the senior levels of European companies, people on the ground, who understand the local culture. So it’s unfettered access to Europe for our clients here.

For European companies, the benefits are expertise in the U.S. and access to our substantial U.S. market. How they see 2019 unfolding with M&A, the economy, and trends in the action sports and active space.