Stussy Founder Shawn Stussy is making news today after Dior revealed that Shawn is collaborating on an upcoming men’s collection for the luxury brand.

According to a story in WWD, the collaboration is a modern interpretation of Dior rooted in beach culture and will debut at a Dior fashion show Tuesday in Miami as Art Basel gets underway.

Kim Jones, Dior’s menswear designer, has been a fan of Stussy since his teenage years and used to wear the brand head to toe.

Shawn, who left the Stussy brand in 1996, is quoted in the WWD story saying, “If I’m going to come out for a last hurrah, why not with Dior?”

Safilo, the parent company of Smith Optics, confirmed that Dior will not renew its licensing deal. 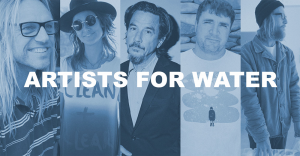