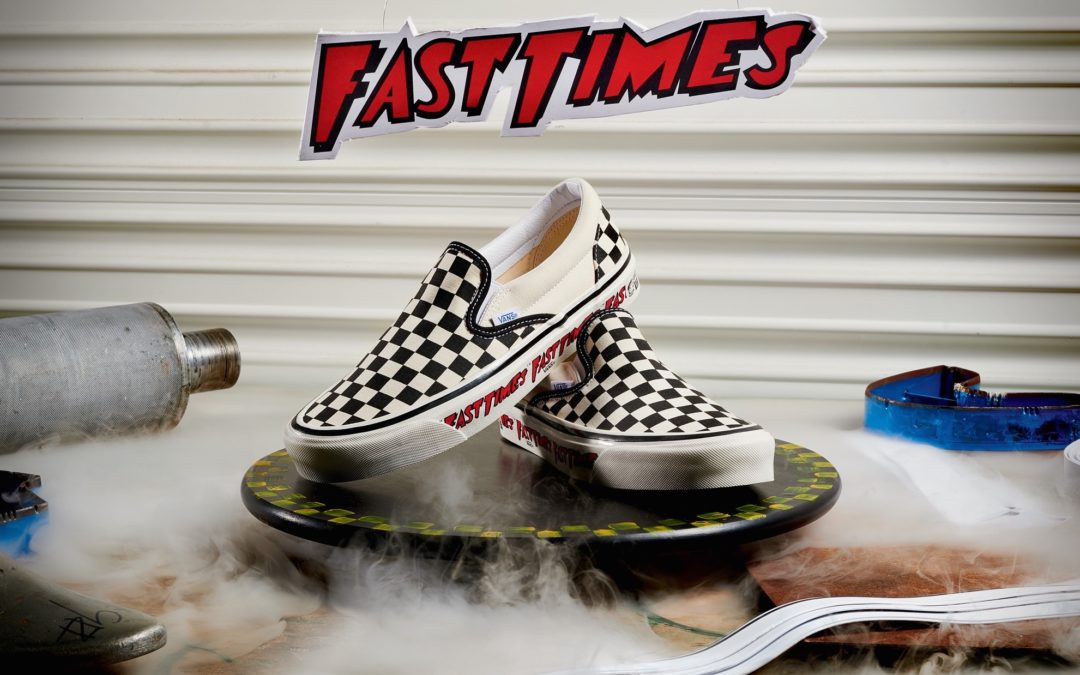 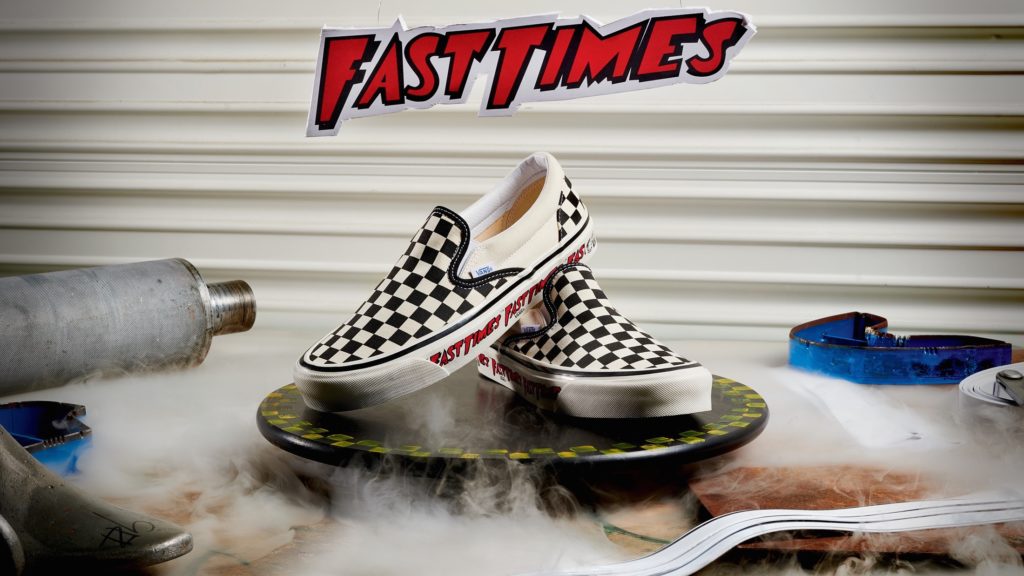 In terms of contemporary fashion, few footwear styles are as immediately recognizable as the Vans Checkerboard Slip-On. The Classic Slip-On debuted in 1977, with the Checkerboard pattern being introduced in the early 1980’s after the Van Doren’s noticed kids drawing checks all over their shoes. Shortly thereafter, the Checkerboard Slip-On became a global icon for the spirit of the Vans brand thanks to its inclusion in the cult classic film, Fast Times at Ridgemont High. For the first time since the film’s premiere, Vans will reissue a limited-edition Fast Times Slip-On through its Anaheim Factory Collection, celebrating the shoe’s transcendence to popular culture and its all-time classic styling.

The Checkerboard Slip-On’s film appearance cemented Vans’ place as a staple of Southern California style. In celebration of the film’s release, Steve Van Doren, son of Vans’ founder, made a limited run of Fast Times Slip-On’s to giveaway at the Hollywood premiere. The limited nature of the Fast Times design has become one of the most covetable archived styles of the Vans Checkerboard Slip-On. Vans brings back the silhouette in its original design and construction method within the Anaheim Factory Collection.

The Vans Anaheim Factory Slip-On 98 DX uses 10 oz. heavy weight Checkerboard canvas uppers and a higher foxing stripe. Like each shoe in the initial promotional run released in 1982, the new Fast Times Checkerboard Slip-On is characterized by a wraparound Fast Times print along the foxing of the vulcanized waffle sole. The shoe has been modernized for today with a Vans UltraCush™ footbed for ultimate comfort.

You’ll have to act fast; the Vans Anaheim Factory Slip-Ons will be available for a limited time online and in select Vans dealers this March. For more information, please visit vans.com/news.

About Fast Times at Ridgemont High