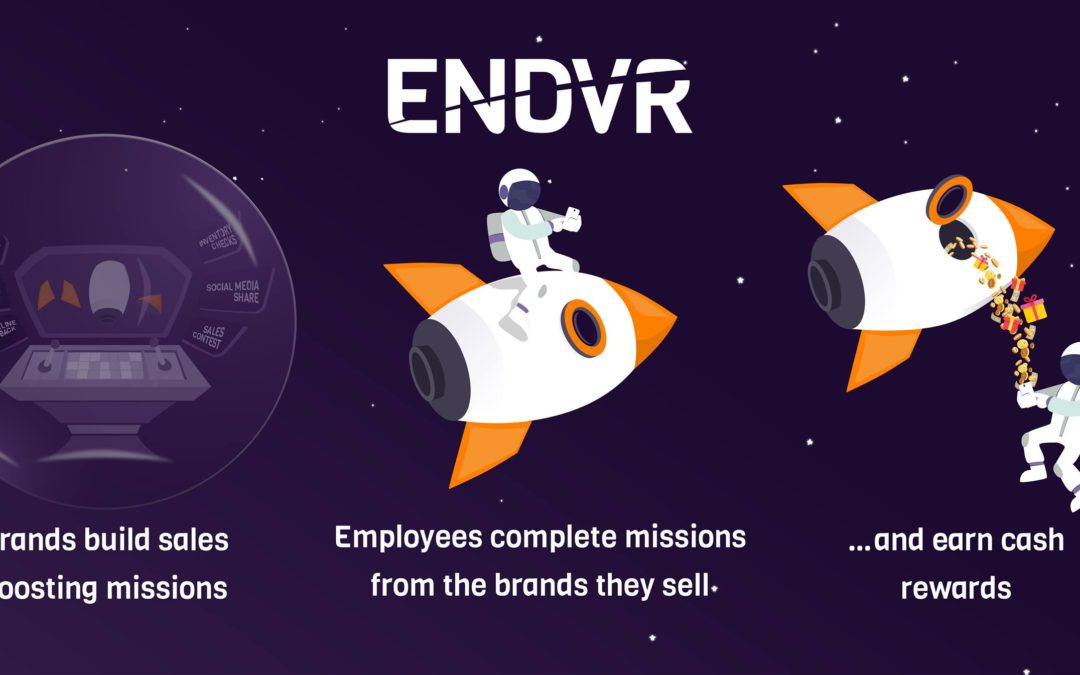 It’s the start of a new year, and top brands have resolved to make their sales and marketing better with a simple yet powerful innovation. Burton, SPY, ANON, TOMS, Liberty Skis, and Dynastar have leveled-up on their tried-and-true sales contests by digitizing them with ENDVR.io.

ENDVR.io makes it faster and easier for brands to design and implement retail sales contests. With this app, brands connect directly to sales associates and can launch sales contests within minutes.  In a contest run on ENDVR.io, sales associates can make all their entries directly in the app, giving you all the benefits of a traditional sales contest without the hassle of punch cards, receipts, and the drawn-out process of tallying results.

Burton embraced ENDVR’s digital sales contest early on. And the results have been impressive.

“This just made everything so much easier,’ said Nathan Benson, Marketing Director for the Americas at Burton.

“We used to have to do a lot of up-front work to start a contest the “ ‘normal way’— printing posters for the stores, mailing punch-cards, following up with all dealers to ensure it was received. Then, we would sit there blind until the contest ended, and envelopes full of receipts and punch cards would start showing up.  Then we would need to sort through all those submissions to find the winners.” While Burton’s traditional sales contest was fruitful, the process was extremely tedious.

Thanks to ENDVR.io, Burton could do away with the cumbersome paperwork and deploy its sales contest immediately.  The process was easy, and the results were even better.

“Engagement was through the roof!” says Benson.  “After launching our contest, we hit 50% of last year’s total number of submissions in just 18 days! At the end of the contest, we tripled our engagement both in terms of recorded entries and sales.”

Using the ENDVR app, the Burton team could track progress in real-time and give their reps insight on sales trends they could use to better serve their dealers.  They were also able to announce the winners as soon as the contest ended.

“This is game-changing.”  marvels Benson. “The best part is that the quality and accuracy of the data is almost not comparable to when we ran it manually.”

The sales and marketing team at SPY is equally impressed with ENDVR’s ability to streamline and improve its sales contests.

“When we used to run sales contests, we’d receive e-mails and phone calls from store employees for weeks after the contest ended. They wanted to know if they’d won, or if their gifting product was on its way,” explains Mathew Kelly, SPY’s Strategic Account and Wholesale Marketing Manager for North America. “Now, store employees were tracking themselves in real-time on a live leaderboard, and know the results as soon as the contest ends’.

In their most recent sales contest SPY gave sales associates a free pair of goggles for every ten they sold.  SPY could custom-build its rewards store through ENDVR so that once associates reached their sales goal, they could immediately order their free goggles directly through the app  — there was no paperwork, no waiting, no confusion. SPY could see associates’ sales records in real-time and associates were rewarded just as swiftly. ENDVR saved Kelly and his team a ton of headaches, boosted sales and gave them incredible insight to their sales, all at the same time.

Like Burton, when SPY launched its digital sales contest, participation went through the roof.

“The engagement was incredible,” says Kelly.  “As this was our first year, so we decided to run the contest on ENDVR as a pilot with just 27 doors while running it the regular way with the other 300.  In the end, we had the same number of product orders from those 27 doors as we did the 300 other doors.”

With all the cool contest functionality available in ENDVR to incentivize sales, Kelly and his team were able to innovate their contests even more.

“In addition to the grand prize and free goggles, we were also able to give store employees a little cash reward for selling SPY goggles this season,” explains Kelly.  As soon as a contest submission was approved, associates earned real cash in the ENDVR app, which they could withdraw anytime.

Like Burton and SPY, TOMS, ANON, Liberty Skis, and more have all embraced the power of ENDVR to innovate and digitize their sales and marketing initiatives. It’s one of the easiest ways to innovate in 2020.

To find out how you can also streamline your business and boost your sales, contact us at hello@ENDVR.io