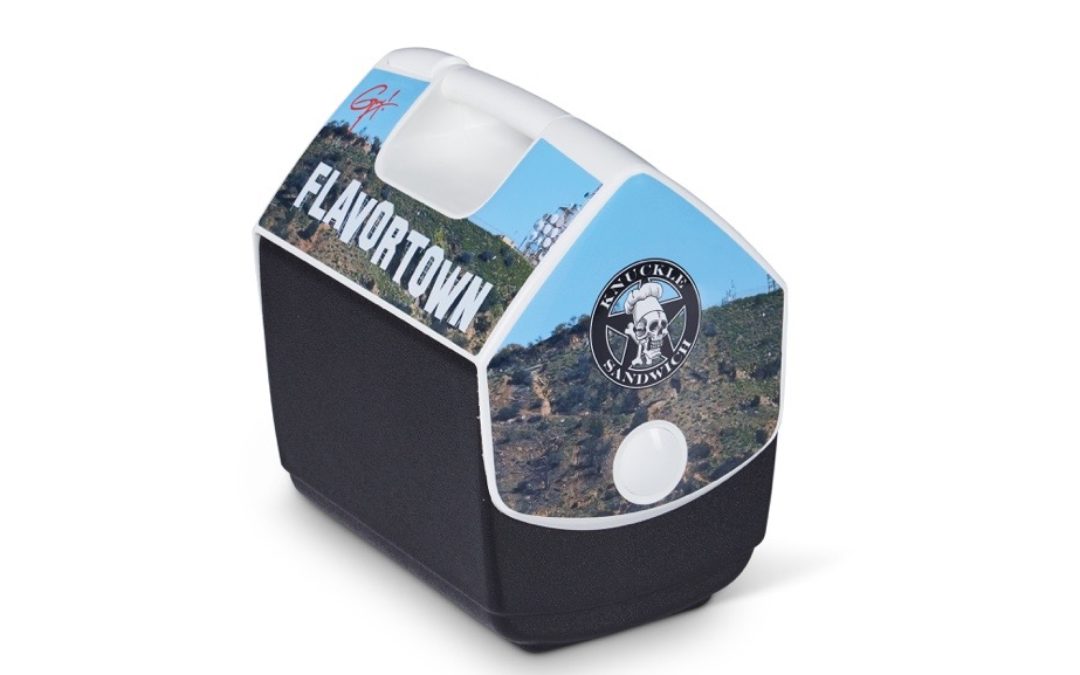 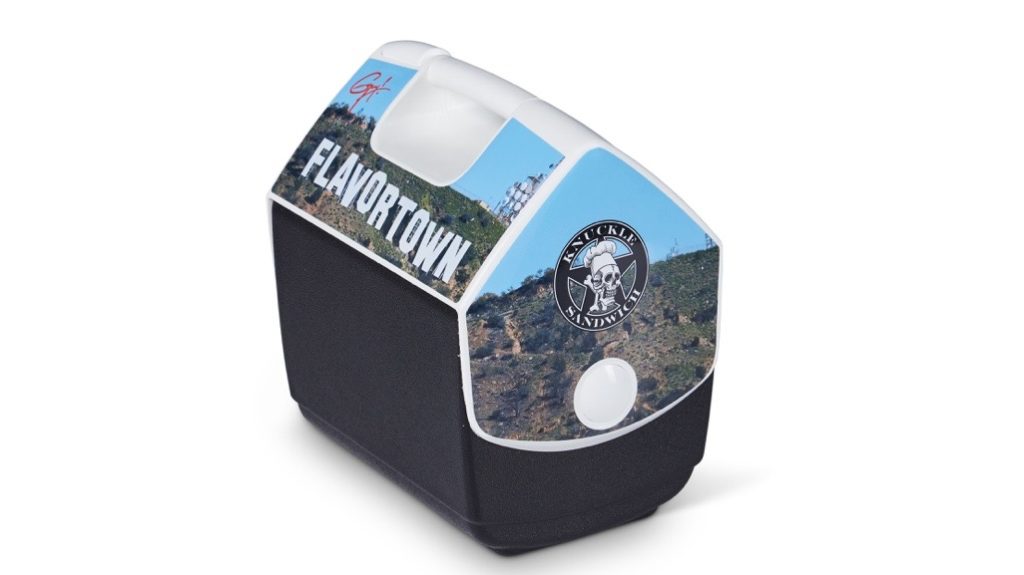 Flavortown just got even cooler as 100% of the profits from the Guy Fieri Playmates sold on Igloocoolers.com will directly support U.S. restaurant workers financially impacted by the COVID-19 crisis. To support the Restaurant Employee Relief Fund and secure your limited-edition cooler, visit igloocoolers.com/guyfieri.

“If you don’t have a need for a good cooler, I don’t think you’re having enough fun!  When we get through this crazy time, you’re gonna want to get back out into the sunshine and a great American-made Igloo cooler should be the first thing you grab,” said Guy Fieri. “With all profits going to support America’s restaurant workers, there couldn’t be a better time to stay cool in Flavortown.”

“The restaurant industry and its workers have already felt a tremendous impact due to COVID-19,” stated Brian Garofalow, VP of Marketing at Igloo. “We’re honored to support Guy Fieri’s movement and do our small part to help American restaurant workers.”

The Guy Fieri design is based on Igloo’s iconic 7-quart Playmate style personal cooler featuring artwork with the “Flavortown” phrase made famous by Guy, the Knuckle Sandwich and Restaurant Relief America logos, and a print of Guy’s signature.  The cooler is available now for $39.99 with 100% of the profits being donated to the Restaurant Employee Relief Fund.

Starting April 2, 2020, impacted restaurant workers can apply online for a one-time, $500 check to use towards housing, transportation, utilities, child-care, groceries, medical bills and/or student loans. These grants will be administered by the NRAEF and offered on a first-come, first-served basis. For more information on donating to RERF visit RERF.US.

Born from a modest metalworking shop back in 1947, Igloo has been instrumental in redefining how we live, work and play. What began with bringing clean water to the worksite quickly moved into super-functional, best in class ice chests. Igloo products made the family outdoor recreation movement of the 20th century possible. Suddenly, taking your kids camping on the weekend became easy and cross-country road trips became a summer vacation staple. As we approach our next century, Igloo is 1500 employees strong. We are proud to call—a 1.8 million square-foot, three-building facility in—Katy, Texas home. With more than 500 products sold at thousands of retailers around the globe, we can confidently call ourselves the number one cooler manufacturer in the world. And, through it all we haven’t lost sight of our original goal—to create products that enable the pursuit of happiness (however you define it). That’s why we’re still working hard every day to innovate, create, and make it easier for you to get out, work hard and play even harder.

As the philanthropic foundation of the National Restaurant Association, the National Restaurant Association Educational Foundation’s mission of service to the public is dedicated to enhancing the industry’s training and education, career development and community engagement efforts. The NRAEF and its programs work to Attract, Empower and Advance today’s and tomorrow’s restaurant and foodservice workforce. NRAEF programs include:

Chef, restaurateur, New York Times Best Selling author and Emmy Award-winning TV host, Guy Fieri, is one of the world’s most recognizable and influential culinary stars.  In 2019, Guy received a star on the celebrated Hollywood Walk Fame, a rare feat for a chef. Guy began his love affair with food at the age of ten, selling soft pretzels from a three-wheeled bicycle cart he built with his father called “The Awesome Pretzel Cart.”  After selling pretzels and washing dishes for six years, Guy earned enough money to pursue his dream of studying abroad in Chantilly, France, where he gained a profound appreciation for international cuisines and further strengthened his passion for food.  He returned to the US and graduated from the University of Nevada Las Vegas with a degree in Hospitality Management.  Upon his graduation, Guy jumped headfirst into the restaurant business, ultimately opening his own casual dining concepts in Northern California.

In 2006, Guy won Food Network’s popular television competition show, “Next Food Network Star” and was awarded his own series, the Emmy nominated “Guy’s Big Bite.” Since that time, Guy has created a thriving culinary empire as host of top-rated TV shows including the iconic, Emmy-nominated “Diners, Drive Ins & Dives,” “Guy’s Grocery Games” and “Guy’s Ranch Kitchen.”  Additionally, Guy and his team at Knuckle Sandwich, LLC, have opened 75 restaurants around the world. On land and at sea, from the Las Vegas Strip to the Atlantic City Boardwalk, from South Africa to Colombia and from Costa Rica to Dubai, Guy’s culinary creations are enjoyed globally, every day. 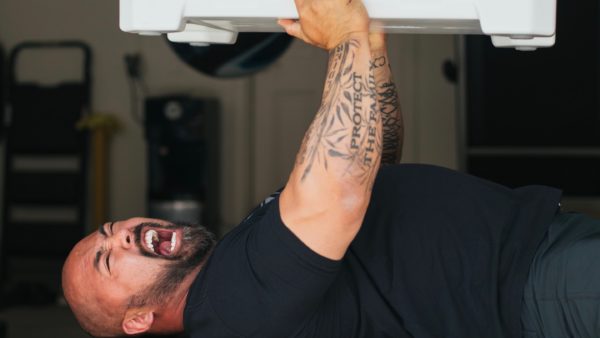 Sakoda is the brand’s newest ambassador. 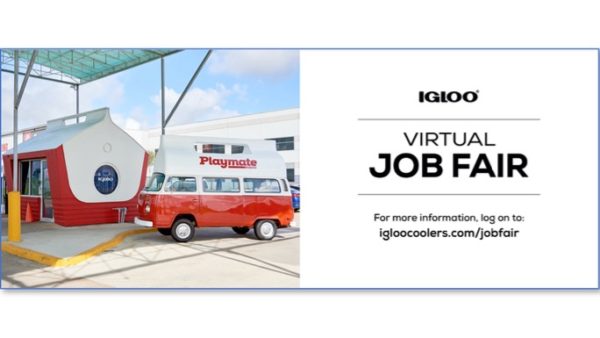 Igloo to Hire Up to 500 American Manufacturing Workers

Igloo is set to host a “Virtual Job Fair” on Thursday, June 4. 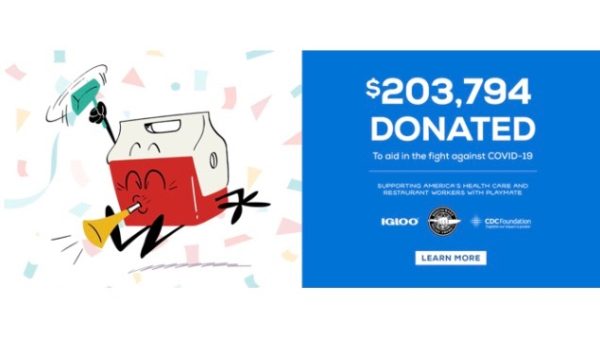 Funds raised via sales of Igloo’s Playmate coolers were donated directly to the CDC Foundation and Restaurant Employee Relief Fund.