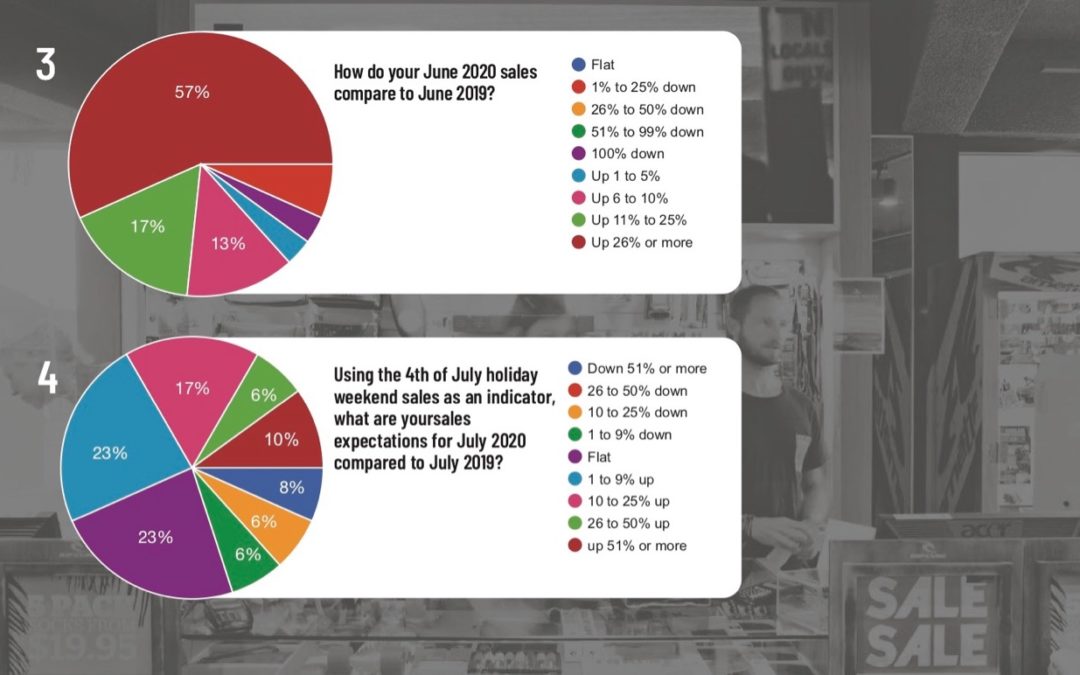 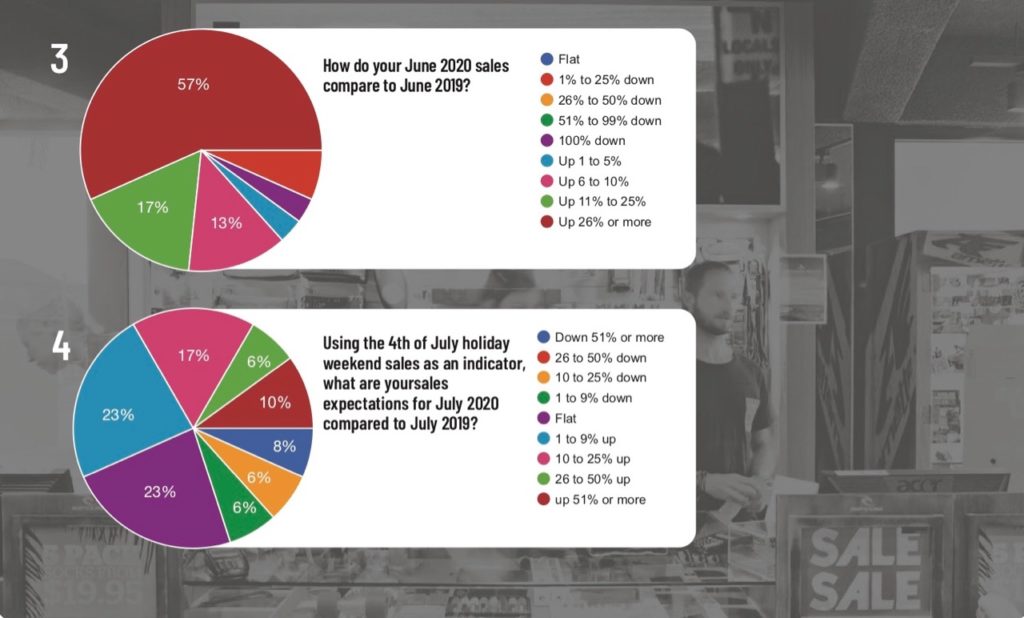 The huge swing in core retailer sentiment from March to June – from big worries about businesses crumbling and mountains of excess inventory, to booming sales and inventory shortages – are reflected in a new ActionWatch survey of independent industry shops.

We asked ActionWatch’s Patrik Schmidle about the latest survey results, which tell a much happier story about the health of the channel than surveys from earlier in the crisis.

Hopefully the channel can avoid another round of lockdowns given what is happening with the spikes in COVID-19 cases around the country. (See our story today about what is happening in California and Hawaii here.)

How would you describe the change in retailer sentiment from April until now?

Patrik Schmidle: It is almost a complete 180 degree turn-around from what we heard in April.  Many core shop owners went from almost complete uncertainty about whether their business will survive to a high degree of confidence that they will be able to stay in business, all in just a couple of months.

We went from 50% year-over-year declines in March to 90% declines in April before sales started rebounding to close to previous year’s levels in May as many stores were able to reopen.

More than half of the core shops that answered the July survey reported that their June sales increased by 26% or more compared to June of 2019.

Were there one or two numbers that surprised you the most?

97% –  the percentage of shop owners that listed “open to buy inventory” as one of the three most important actions brands could take to support them in the next three to six months.  This was the complete opposite to what we heard in April and May when they were asking to cancel orders and streamline fall and holiday lines.

59% – the percentage of shop owners that have at least four months of cash reserves on hand.  That number more than doubled compared to the 26% that were in that position at the beginning of April.  It’s quite astounding that such a high number of retailers were able to improve their cash reserves between the first week of April and the first week of July.

Do you think the current sales trends will stay this way or do you think they are propped up by stimulus/extra unemployment money?

Patrik Schmidle: That is very challenging to predict.  The top three things retailers tell us they are concerned about are:

I continue to be bullish about the increased participation levels in skateboarding, surfing, body boarding and skim boarding, because all of these activities are possible while adhering to social distancing guidelines.  If and when team sports return some of that will level off, but a certain percentage that tried these new sports will stick with them over the long term.

In addition, consumers will want to support their local stores, especially if they are an integral part of the community.  Locations that are in malls and cater primarily to tourists will have a tougher time, but those core surf and skate shops with good locations and a loyal customer base will thrive as long as they can stay open and consumers can still afford to shop there once the stimulus ends.

What do you think of the data point that the retailers are really worried about having enough inventory?

It’s somewhat similar to what has been happening in the bike and fitness equipment industries, where there is a worldwide shortage for those products.

How big of a role do you think hardgoods are playing in this core store resurgence?

Patrik Schmidle: The demand for hardgoods is at the core of the resurgence. It is driving traffic to the stores and while consumers are shopping for a surfboard or skateboard they are also buying wetsuits, apparel, footwear and accessories.

How crucial do you think the government loans were to helping the core channel survive the crisis?

I suspect that if consumer demand hadn’t returned as strongly as it did the emergency funding would have been viewed as much more important.

Were you surprised at all that some stores have actually increased their staffing levels compared to last year?

Patrik Schmidle: Yes, at first I was surprised.  But it makes sense given the combination of rising sales, increasing methods of serving customers (curbside pickup, concierge shopping, etc.) and more stringent safety demands that have been placed on retailers.  It all translates to more work, which eventually requires more employees to perform the work.