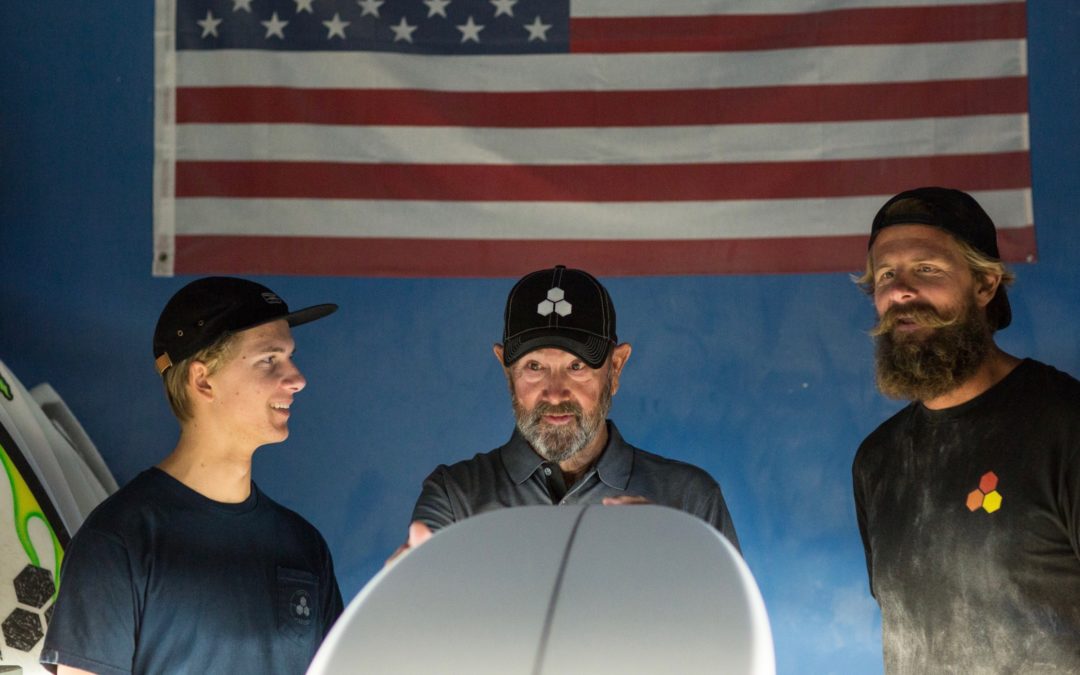 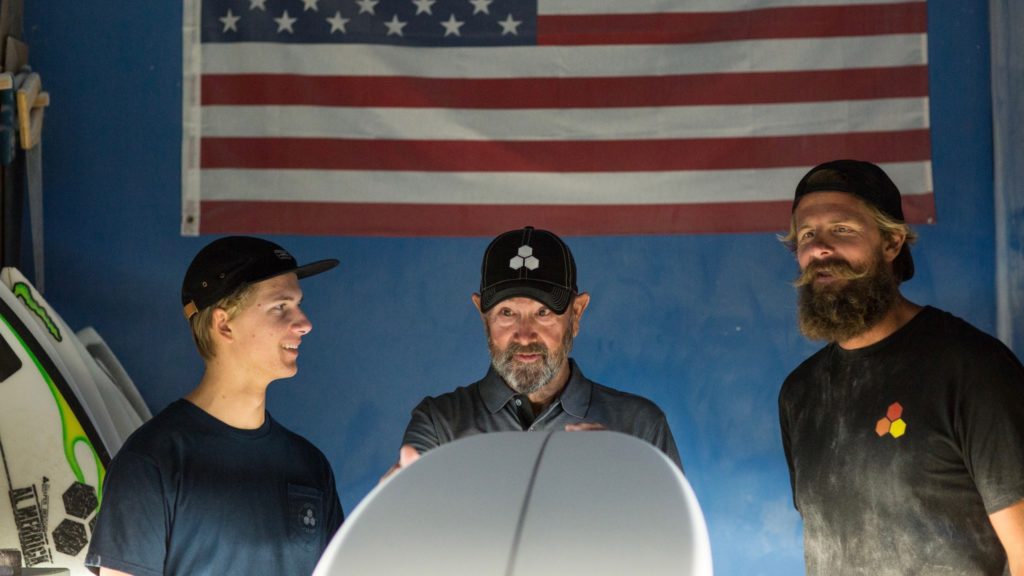 “Today marks the beginning of something that means so much to me, my family, and all those that have worked so hard at Channel Islands Surfboards for the last 51 years to make it what it is,” explains Britt Merrick. “Our passion is to enjoy making great surf- boards and to in turn help people have beautiful experiences in the surf. We realize that a good board can make for moments of true happiness — and that’s a valuable commodity in today’s crazy world. Our ownership of CI will help us keep pursuing these goals wholeheartedly for years to come. And, though we’ll take a minute to celebrate the occasion and soak it all in, we remain hard at work on a new collection of boards and fins for late winter and spring that I think may be our best collection yet.”

The iconic Channel Islands Surfboard brand was founded by Britt’s parents Al and Terry Merrick in 1969. Although there is stiff competition in the surfboard market, a recent reader survey conducted by Stab selected Channel Islands Surfboards as their favorite surfboard manufacturer of 2020. Additionally, the brand just wrapped one of its most successful years in over a decade thanks to popular designs like the FishBeard, Happy, Rocket Wide and CI Mid — as well as a next-level flex technology known as Spine-Tek.

With the World Surf League resuming its regular championship surfing competitions again, Britt Merrick will also continue to focus on his role as CI’s Lead Shaper and Designer, with the goal of building the best surfboards for some of the world’s best surfers chasing world title championships. Like his father Al, Britt believes the shaper’s role is to serve the surfer and help them perform at their very best, and in turn Channel Islands customers gain access to the design breakthroughs that arise from this never-ending development process of making a better surfboard.

“The opportunity for longtime employees and some of our best known teamriders to become owners in a surfboard brand they’ve already helped create is really special,” explains Scott Anderson. “To have surfers like Dane Reynolds, Lakey Peterson, Yadin Nicol, Parker Coffin, and the Gudauskas brothers [Pat, Dane, and Tanner] on board as co-owners adds tremendous value and insights that will help us continue to innovate, inspire and remain on top as a leading surfboard manufacturer.”

“It’s been an honor and a privilege to be on the CI team since I was 14. I think it’s as authentic as a surfboard business can be. I love going into the factory and seeing it run by surfers. Everyone in there cares about surfboards and the product they’re making.”

“Proud to be a part of this surfboard company, which I have been with my entire professional career. I’m also excited about it now being owned by CI employees and teamriders. It’s going to be rad see their ideas plugged into what we do going forward.”

“It’s an incredible opportunity to become part owner in Channel Islands. Growing up in Santa Barbara it’s always felt like a big family to me. I really see an amazing future for CI and the surfboard industry in general, so I’m excited to be a part of that and hopefully be a helping hand along the way.”

“I always feel at home when I walk in the doors at Channel Islands, and surrounded by people that are as passionate about surfing as I am. Becoming a part owner is super exciting, and it just feels right because I believe in the people that work there, the products they build not to mention the overall direction of the brand.”

“As kids growing up, the three of us idolized the Channel Islands surf team and the brand. It has been and still is the highest honor for us to onboard as riders and owners because its legacy and design work is just as strong today. Being a part of helping preserve those same feelings for future generations gives us so much happiness and purpose for being involved with the building of surfboards and what that means for sure culture.”

Founded in 1969 by Al and Terry Merrick in Santa Barbara, California, Channel Islands Surfboards became known as the leader in building high quality surfboards designed to help the world’s best surfers push the limits of performance surfing. Over the decades that followed, Channel Islands Surfboards’ driving passion would help surfers earn a total of 20 world champion titles. Under the leadership of Al’s son, Britt Merrick, the brand’s focus remains building the best boards for the best surfers, while continually evolving to include advancing the performance and joy of surfing for every level of surfer. Privately held, Channel Islands Surfboards (aka CI Surfboards LLC) is headquarered in the Merrick’s hometown of Carpinteria, California. For more information, head to www.cisurfboards.com