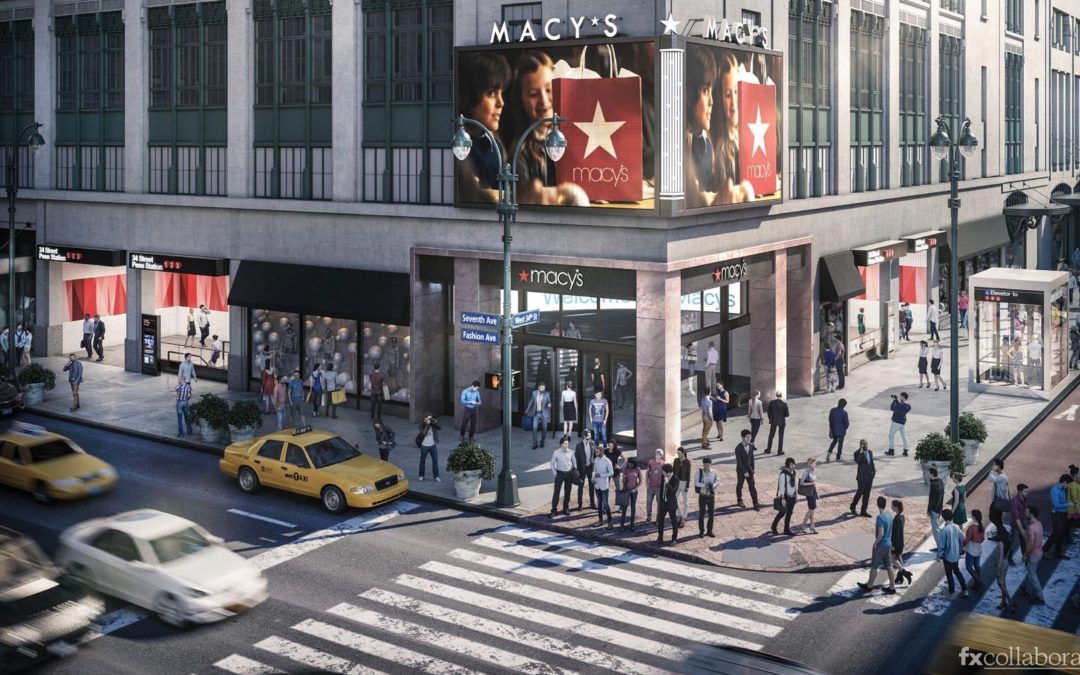 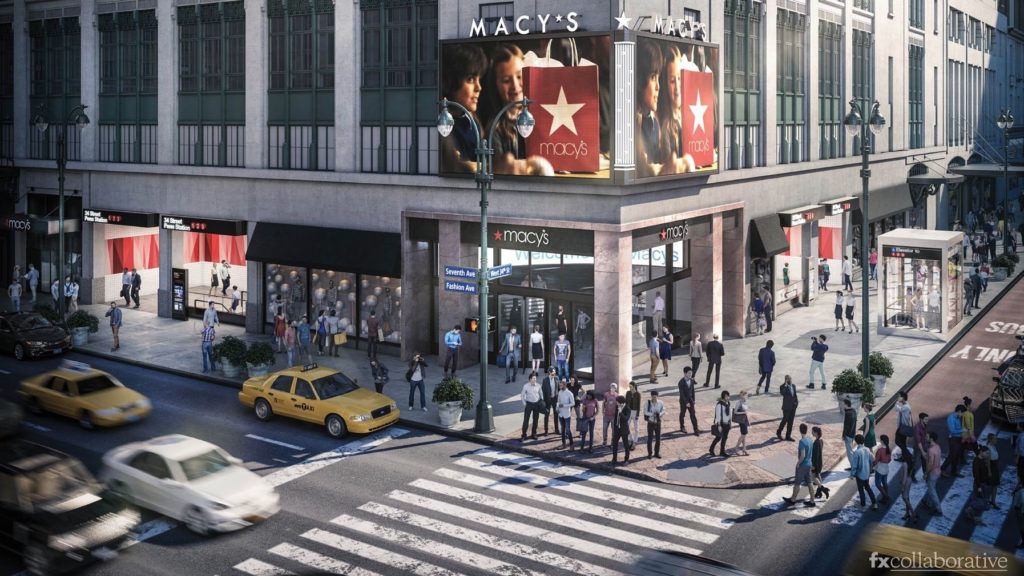 Macy’s, Inc. today announced its vision for renewing its commitment to its flagship Herald Square store, including $235 million of private investment in the surrounding neighborhood. Macy’s plan would upgrade Herald Square’s transit infrastructure and public realm into a modern, pedestrian-friendly urban space with upgraded subway access, improved transit connections and ADA-accessible elevators. To achieve these upgrades, Macy’s will leverage its underlying Herald Square real estate to build a commercial office tower above its iconic flagship store.

Macy’s is excited about the opportunity to work with the community to improve the neighborhood and generate additional economic activity in the city. The renewal plan is expected to generate $269 million annually in new tax revenues for New York City, support 16,290 annual jobs and spark $4.29 billion in annual economic output.

“Macy’s Herald Square is one of New York City’s most iconic institutions, and, as we plan for the future, we are doubling down on our commitment to New York by reinvesting in our flagship location while committing $235 million in private investment to upgrade the Herald Square neighborhood through our tower project,” said Jeff Gennette, Chairman and Chief Executive Officer of Macy’s, Inc. “We are proud to make this leadership investment in New York’s recovery and are excited to welcome visitors back to Herald Square not only today, but for generations to come.”

Macy’s vision to renew Herald Square aligns with the company’s century-long commitment to New York’s economic and cultural success. Since 1902, Macy’s and its Herald Square flagship store has been a longtime partner to its neighbors and New York City, sharing iconic events—including the annual Macy’s Thanksgiving Day Parade, Flower Show, 4th of July Fireworks and Santaland. The company’s vision for Herald Square preserves that tradition as a thoughtful, inclusive proposal that affirms Macy’s commitment to fellow New Yorkers.

The project would upgrade and make temporary plaza improvements permanent, dedicate areas for pedestrians that address accessibility and ADA-specific issues, and ease overcrowding and congestion to allow for a safer, more inviting open space. Macy’s will work closely with local officials, Manhattan Community Board 5, the 34th Street Partnership and other community stakeholders on final designs. Currently, the plan would:

“Macy’s on 34th Street is a cornerstone of Herald Square and has been a vital leader in our push for the neighborhood to realize its full potential for pedestrians, transit users and visitors alike,” said Dan Biederman, President of the 34th Street Partnership. “Macy’s commitment of $235 million to upgrade the public realm reflects our vision for the area and is a bold and timely vote of confidence in the future of Herald Square, our City, and Macy’s ongoing presence here.”

“Macy’s investment in the Herald Square neighborhood, one of New York City’s most heavily trafficked and visited destinations, is a real marker that the city is set to come roaring back,” said Melva M. Miller, CEO, Association for a Better New York. “As an institution with a century-long track record in New York, we commend Macy’s for not only paving a way forward but also for being a great community steward and helping make the Herald Square experience more enjoyable for locals and tourists alike by enhancing the area and offering much-needed transit improvements.”

“New York is the retail capital of the world and Macy’s is a leader in our industry,” said Melissa O’Connor, President and Chief Executive Officer of the Retail Council of New York State. “Today’s announcement is a resounding vote of confidence for Manhattan and the entire state, and a strong indication that New York’s retailers and consumers will drive this economic recovery.”

“Macy’s renovation of their Downtown Brooklyn store was a fantastic boost for Brooklyn and New York City. The project added to the vibrancy of Downtown Brooklyn, spurring economic growth and really lifting the streetscape along the famous Fulton Mall,” said Regina Myer, President, Downtown Brooklyn Partnership. “We’re excited about Macy’s Herald Square project and the tangible benefits it will bring to the neighborhood. Congratulations to Macy’s for another bold step to help build our City.”

“The building industry will play a vital role in New York City’s economic recovery, and Macy’s plan will not only ensure the longevity of its iconic Herald Square store, but will vastly improve the streetscape of a pedestrian-heavy district while creating thousands of well-paying construction jobs,” said Carlo A. Scissura, President and CEO of the New York Building Congress. “Now is the time to invest in our future and keep New York City as the best place in the world to live, work and shop.”

The proposal keeps with Macy’s growth over its more than 100 years at Herald Square. The Herald Square store opened its doors in 1902, quickly growing into 1 million square feet of retail space with its 1924 expansion from Broadway to Seventh Avenue along 34th Street. The store expanded again in 1931 when it annexed the Seventh Avenue building. While the design of the new building is still being developed, it will be a contextually appropriate addition to the neighborhood and add complementary density to this transit-oriented development district.

Macy’s Herald Square location will remain open throughout the project’s timeline, which will go through the city’s Uniform Land Use Review Procedure (ULURP) process. Macy’s will continue to engage the community and local leaders throughout the ULURP process to inform how the project can best deliver the vision for a renewed Herald Square. The company has also engaged the Metropolitan Transportation Authority and other stakeholders to ensure the various public realm investments will be appropriate to the community and blend seamlessly with neighboring transit upgrades.

Macy’s, Inc. (NYSE: M) is one of the nation’s premier omnichannel retailers. Headquartered in New York City, the company comprises three retail brands: Macy’s, Bloomingdale’s and Bluemercury. With a robust e-commerce business, rich mobile experience and a national stores footprint, our customers can shop the way they live — anytime and through any channel. For more information, visit macysinc.com.