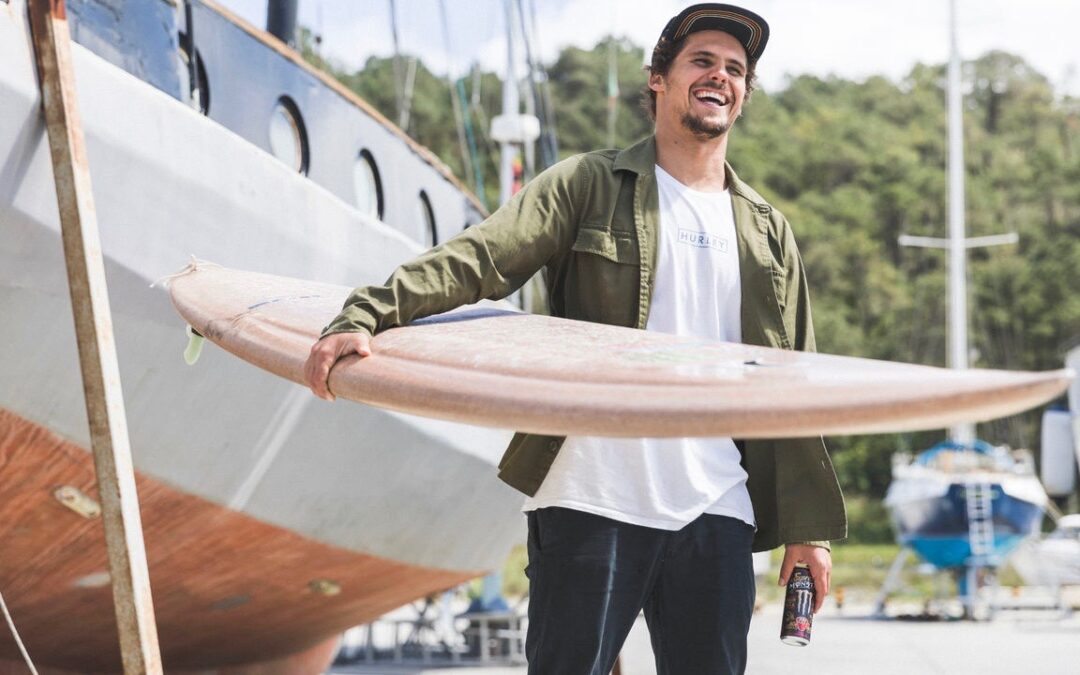 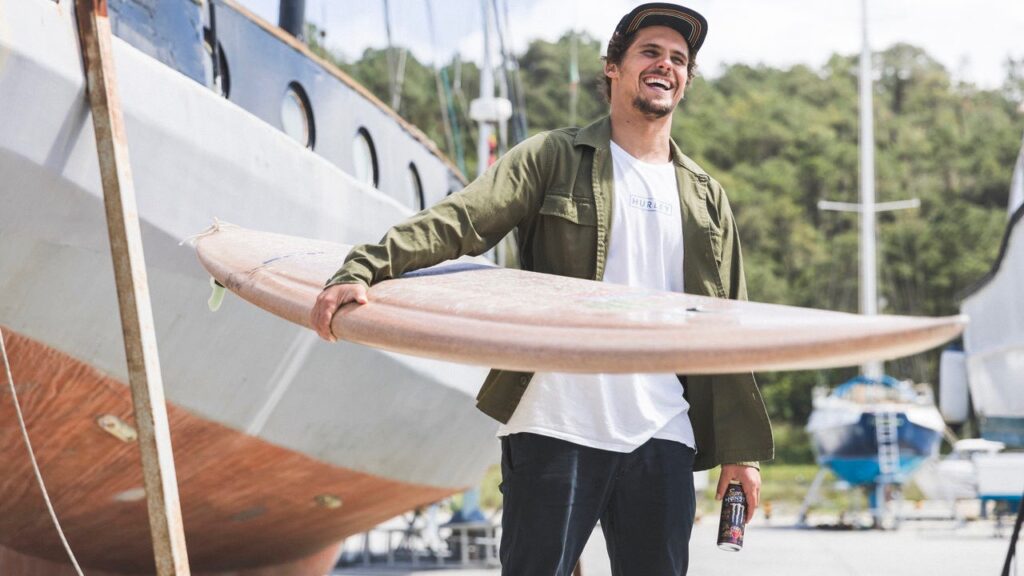 Prepare to experience the progression of Big Wave surfing in stunning images and candid interviews with the sport’s trailblazers. Monster Energy is proud to announce the worldwide premiere of international surf documentary Big Wave Sessions on ABC on Saturday, May 29, as part of World of X Games programming.

Tune in when Monster Energy’s Big Wave Sessions premieres on May 29 at 2 p.m. ET on ABC. The documentary will air as part of World of X Games, a series dedicated to a variety of X Games and athlete-focused content.

Showcasing action footage from around the globe, this documentary follows massive winter swells and the international cadre of Big Wave surfers who chase them. The action is captured in stunning high-definition video from drones, helicopters as well as from land and out of the water at the most challenging big wave surf spots on the planet: from the rugged cliffs of the small Portuguese fishing village of Nazarè, to the crushing Hawaiian tubes at Jaws on Maui, to the cold water, five-story giants at Mavericks in Northern California.

“This is the story of what it’s like to be a big wave surfer, making choices of when to chase a swell, where to go, knowing your life is on the line,” said Hawaii’s Makua Rothman, former World Surf League World Champion and XXL Big Wave Winner, adding: “Some people said I rode a 100 foot wave at Jaws – you’ll have to tune in and decide for yourself!”

Every one of the six featured surfers faced individual choices and challenges during the making of the documentary. “I literally traveled for 40 hours from the other side of the globe to ride Jaws,” said Monster Energy’s Matt Bromley, who faced a dilemma of whether to go just after learning his wife was pregnant. “I got some epic rides, but wait until you see my wipeouts –  at both Jaws and Mavericks. It was still all worth it,” added Bromley.

It’s worth pointing out that this Big Wave season was almost cancelled because of the global coronavirus pandemic. The filmmakers also had to adjust their initial plans for bringing together the best Big Wave surfers on Maui. The original idea concept in this second year of Monster Energy supporting Big Wave surfing was to hold an expression session with invited surfers at Jaws on Hawaii. But when the pandemic hit and lockdown measures ensued, the team had to pivot. Instead of staying in one surf spot, the crew followed a half dozen surfers around the world chasing the biggest waves on the planet. This resulted in epic performances as Monster Energy’s Big Wave Sessions tracks some of world’s boundary-pushing Big Wave surfers on the planet’s burliest waves at legendary spots.

But epic spots are only part of the story. In Monster Energy’s Big Wave Sessions, we explore the behind-the-scenes stories of each individual surfer’s quest during one of the greatest Big Wave seasons in history. While Monster’s earlier feature, The Big Wave Tow-In Invitational (2019), focused on capturing spectacular surf action, the new documentary includes insightful, soul-bearing interviews with all six athletes.

Storylines explored in the documentary include finding the legendary Shane Dorian at a crossroad of his career, Von Rupp finding himself literally battling for waves among the monsters at fabled Nazare and female charger Keala Kennely channeling the frustrations of a bi-polar disorder into tackling giant surf.  Also featured in the doc is Kai Lenny, arguably the greatest all-around waterman on the planet who is determined to chase every swell, and Frenchwoman Justin Dupont who caught a wave for the ages – male or female – at Jaws. The show also covers Billy Kemper’s amazing comeback from a life-threatening wipe, and we also follow Von Rupp battling giant waves on his home turf in Nazarè, Portugal. Also Keala Kennelly managing mental health challenges and carving out a place, alongside Justine Dupont, as one of the few men riding waves on this scale.

Since its inception, Monster has supported Big Wave surfing, with Rothman as one of the company’s originally-sponsored athletes and Dorian using his support from Monster to chase swells and make history for over a decade.

The Monster-backed filmmaking team proved the ideal group to capture the action, with the company producing the Emmy Award-winning ESPN 30 for 30 film Hawaiian: The Legend of Eddie Aikau (2013), the Big Wave Hellmen series for ABC and ESPN (2014), as well as Unchained: The Untold Story of Freestyle Motocross (2016), and the theatrical NASCAR feature Blink of an Eye (2019), both of the later supported and produced in conjunction with Monster Energy, with executives Mitch Covington, Mark Hall, Sam Pontrelli and Dan McHugh overseeing the production.

Make sure to tune in when Monster Energy’s Big Wave Sessions premieres on May 29 at 2 p.m. ET on ABC. The documentary will air as part of World of X Games, dedicated to a variety of X Games and athlete-focused content.

Produced by TAUBLIEB Films in association with Monster Energy & ESPN

Based in Corona, California, Monster Energy is the leading marketer of energy drinks and alternative beverages. Refusing to acknowledge the traditional, Monster Energy supports the scene and sport. Whether motocross, off-road, NASCAR, MMA, BMX, surf, snowboard, ski, skateboard, or the rock and roll lifestyle, Monster Energy is a brand that believes in authenticity and the core of what its sports, athletes and musicians represent. More than a drink, it’s the way of life lived by athletes, sports, bands, believers and fans. See more about Monster Energy including all of its drinks at www.monsterenergy.com.