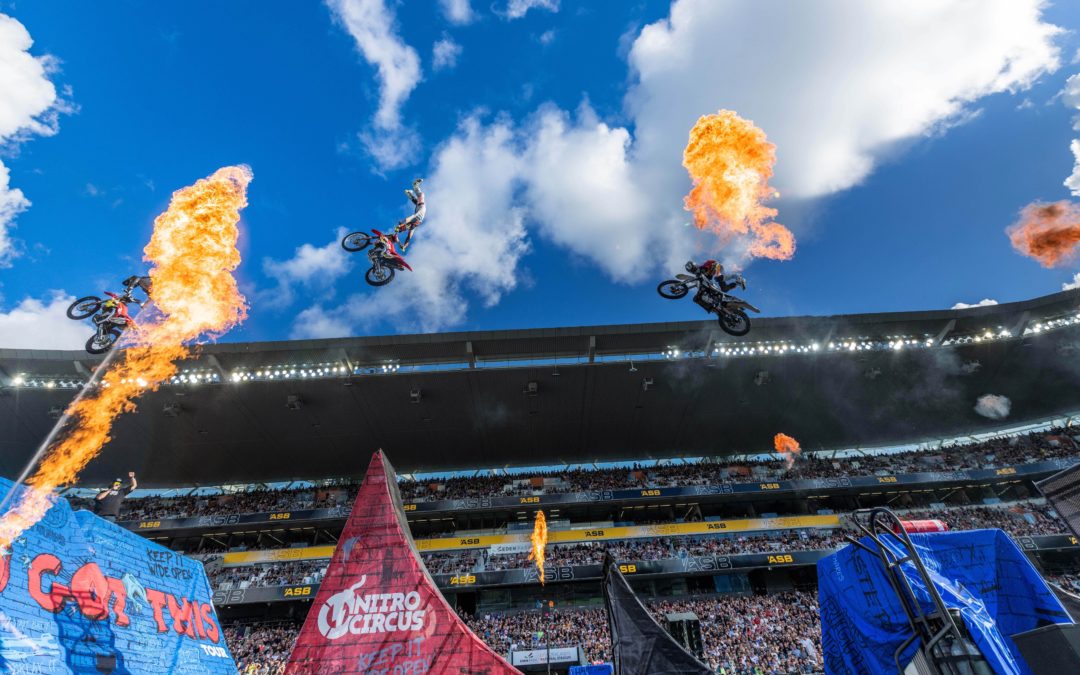 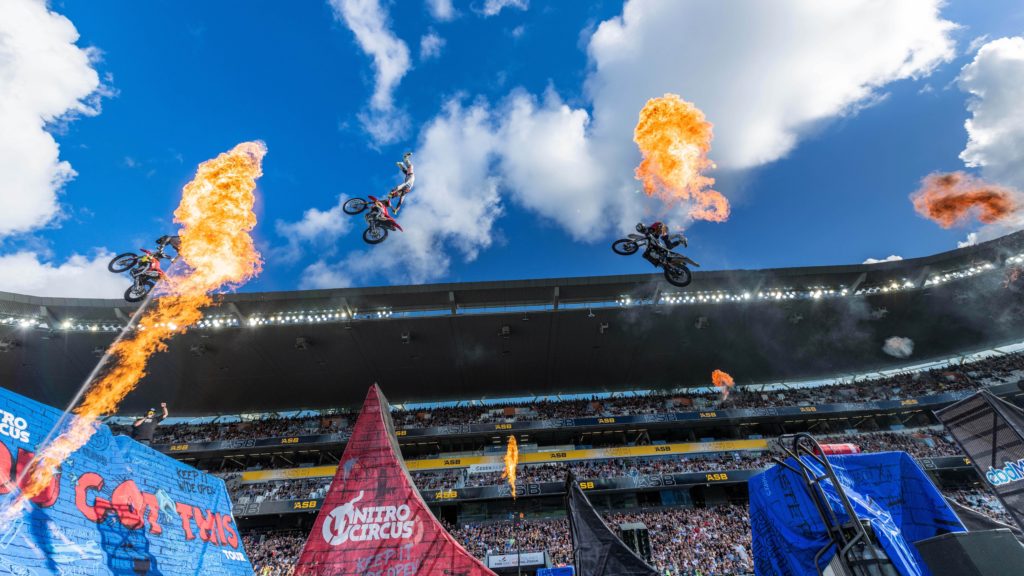 With thrill-loving fans clamoring to experience the exhilaration that only live action sports can deliver, Nitro Circus announces the return of its explosive You Got This tour. The expanded trek, incorporating new shows promoted in partnership with Indigo Road Entertainment as well as rescheduled dates from Nitro’s 2020 run, has swelled to 27 shows in outdoor stadiums across North America with more to be announced. The excitement will sizzle from the kickoff in Winston-Salem, North Carolina, on Aug. 14 through stops in Phoenix, Las Vegas and Seattle – including a Canadian stopover – before the tour wraps Nov. 13.

Fans can be there live as Nitro Circus’ roster of elite athletes, including champion BMX and scooter rider Ryan Williams, as well as skilled professionals in freestyle motocross (FMX), skate and more, brave the world’s largest jumps. The legendary 45-foot Giganta ramp will launch athletes into the sky at 40 miles per hour while on the moto side riders will send it 65-feet high. Nitro’s daredevils will also attempt the craziest stunts imaginable on new contraptions! With no roof, there are no limits. These real-life action heroes are sure to inspire fans of all ages as they push the envelope at every show with incredible, never-seen-before tricks. See a preview of the action here.

Tickets for newly announced shows promoted by Indigo Road Entertainment go on sale to the general public at 10 a.m. (local time) on Friday, May 21. To purchase tickets, visit NitroCircus.com.

Fans also have three opportunities to step to the front of the line and get the best seats in the house! Details regarding special pre-sales listed below:

In select cities COVID-19 parameters have delayed on sale announcements temporarily. Tickets for these markets will go on sale by this summer. More information regarding these dates is coming soon.

For rescheduled 2020 shows (* listed in the itinerary below), all tickets from the previous dates will be honored at the rescheduled events. Additional tickets for these shows are available for purchase now at NitroCircus.com.

Nitro Circus: You Got This 2021 North America Tour Itinerary

à Newly-announced shows not going on sale on May 21. On sale date to be announced soon

All other dates: Newly-announced shows promoted by Indigo Road Entertainment. On sale May 21

Nitro Circus: You Got This will feature a packed roster of top international action sports athletes highlighted by Australia’s Ryan Williams, a dual threat on both BMX and scooter. Williams is already a four-time Nitro World Games winner as well as a three-time X Games gold medalist. Nitro ringleader Travis Pastrana considers him, “Hands down, the best action sports athlete alive today.”

Fans looking to get an insider’s look at the You Got This tour can enjoy Mic’d Up Live, the Nitro Circus VIP experience. Mic’d Up Live offers fans under the helmet access to the biggest show in action sports. Exclusive opportunities include: hearing from some of Nitro’s athletes as they talk to the VIP crowd prior to the show from the top of the ramps, getting their first-hand play-by-play as they fly through the air; watching as they prepare for the event; early entry inside the venue before doors open to the general public.

“We are excited to team with Indigo Road and deliver action-packed fun to audiences from coast to coast,” says Joe Carr, CEO of Thrill One Sports and Entertainment, parent company of Nitro Circus. “Every live show is an immediate adrenaline rush that must be experienced in person. The Nitro Circus athletes have missed the roar of a live crowd and can’t wait to reconnect with our amazing fans.”

“Nitro Circus is the epitome of thrilling entertainment,” said Denny Baxter, President & CEO of Indigo Road Entertainment. “We have always been committed to producing top-notch live experiences, and audiences can expect nothing less than awe-inspiring, jaw-dropping performances from our partners at Nitro Circus.”

Nitro Circus is now part of Thrill One Sports & Entertainment, a next-generation content company that lives at the nexus of sports, entertainment and lifestyle, combining the resources of Nitro Circus, Street League Skateboarding (SLS) Nitro Rallycross and Thrill One Media. A multi-media platform founded in 2020, Thrill One is dedicated to creating mind-blowing action sports events and original content, fueled by the most daring athletes, talent and brands in thrill-based entertainment. Thrill One Sports & Entertainment also boasts one of the largest aggregate social audience in action sports, with over 40 million followers across its multiple brand pages and channels. Go to thrillone.com for additional information.

With more than 60 years of combined expertise, Indigo Road Entertainment is a full-service entertainment partner specializing in talent procurement, event production, and show promotion. During the last decade, Indigo Road has specialized in producing seamless live performances in minor league baseball parks across the country. From concerts to action sports to stand-up comedy, Indigo Road is an industry leader in providing first-in-class entertainment experiences. For more information, visit www.indigoroadentertainment.com.