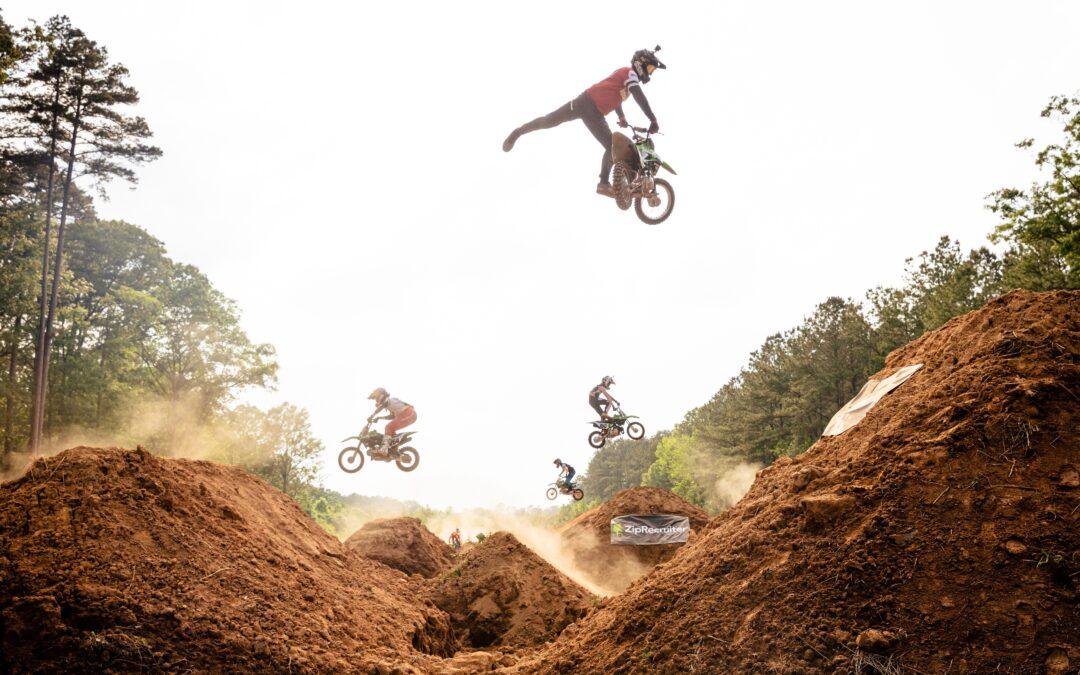 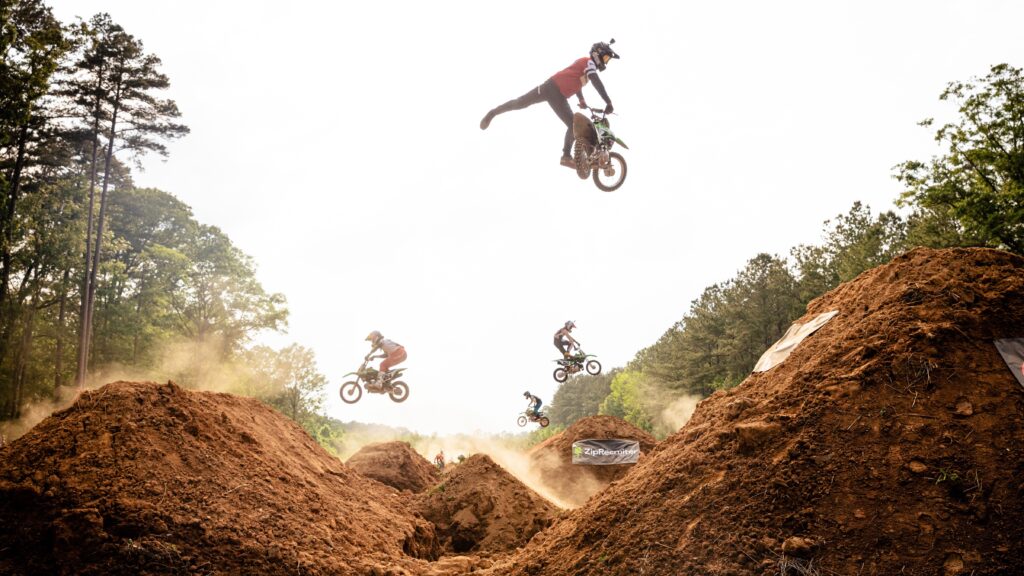 There will be a potential one-million-dollar prize purse at stake. Courtesy of Nitro Circus

Once again, athletes drawn from across the action sports world, including decorated pros Tyler Bereman, Gared Steinke, Troy Neault and Becca Sheets, established pit bike veteran Caleb Carter, flat track star Johnny Lewis and more, will vie to top the podium. This time though there is even more at stake. Not only are bragging rights as series champion on the line but also a potential one-million-dollar prize purse. Don’t be surprised if riders dish out something extra for their competition. But it will be a tall order: in order to claim the one million dollars, a rider will have to run the table and win every race during the Triple Crown. Catch the bar-banging action on the Fox Sports family of networks starting July 4, and for an advance look at the full-throttle mayhem, go here.

Nitro Circus ringleader Travis Pastrana says, “The challenges of last year brought about the opportunity to pull together some amazing riders for an epic pit bike event.  We had so much fun with so many laughs that everyone couldn’t wait to do it again. But like everything Nitro Circus does, we had to up the ante. This year will be a triple crown of awesomeness visiting three iconic locations. With so much fun to be had and a chance at one million dollars, the entry list is full of talent.”

Joe Carr, CEO of Thrill One Sports & Entertainment – parent company of Nitro Circus – says, “I don’t know if there is anyone better than Travis and our Nitro Circus team at creating entertaining events that strike the perfect balance between fierce competition and non-stop fun. After the success of last year’s inaugural Pit Bike Championship, we are excited to expand the franchise into the Pit Bike Triple Crown, which will offer fans even more epic thrills and spills.”

The Nitro Circus Pit Bike Championship kicks off on FS1 Sunday, July 4 at 5:00 PM Eastern / 2:00 PM Pacific with Kevin Windham’s Farm 14 Throwdown. With a challenging purpose-built course at Windham’s Centreville, Mississippi compound rivaling a full-sized Pro National track, riders will have their work cut out for them in this opening round.

Next, the battle for the Triple Crown heats up with the return of the Sipes’ Pit Bike Championship, airing on FS2 Sunday, July 11 at 6:30 PM Eastern / 3:30 PM Pacific. For this second leg, Ryan Sipes has doubled down, staging a tough multi-discipline event at his Kentucky home compound that draws on his strong technical skills.

Then, the competition comes to a head with the return of the Pastranaland Pit Bike Championship, airing on FS2 Sunday, July 18 at 7:30 PM Eastern / 4:30 PM Pacific. Last year, Gared Steinke conquered the Pastranaland course’s banked turns, ramp-to-ramp jumps and over-under crossover to take the checkered flag. Now, riders will have to face a Viper Pit of figure-eight’s, the Isle of Pastranaland sprint across the grounds and an insane Freestyle Free for All.

Off the track, Traxxas – the number-one name in Ready-To-Race® nitro and electric radio-controlled vehicles – will host the Traxxas RC Triple Crown. While the vehicles may be smaller, friendly rivalries will still burn during this remote control challenge featuring a race, a freestyle competition and more.

Nitro Circus is part of Thrill One Sports & Entertainment, a next-generation content company that lives at the nexus of sports, entertainment and lifestyle, combining the resources of Nitro Circus, Street League Skateboarding (SLS) Nitro Rallycross and Thrill One Media. A multi-media platform founded in 2020, Thrill One is dedicated to creating mind-blowing action sports events and original content, fueled by the most daring athletes, talent and brands in thrill-based entertainment. Thrill One Sports & Entertainment also boasts one of the largest aggregate social audience in action sports, with over 40 million followers across its multiple brand pages and channels. Go to thrillone.com for additional information.

About Thrill One Media:

Thrill One Media is an all-media production company with a firm foundation in action, comedy and thrill-based entertainment, including shows like, “Ridiculousness,” “Fantasy Factory,” “Evel Live,” “The Dude Perfect Show and “Rob & Big.” Part of Thrill One Sports & Entertainment, Thrill One Media has established itself as an industry leader in creating highly entertaining, repeatable formats for some of the world’s most magnetic personalities. For more information go to thrillonemedia.com.