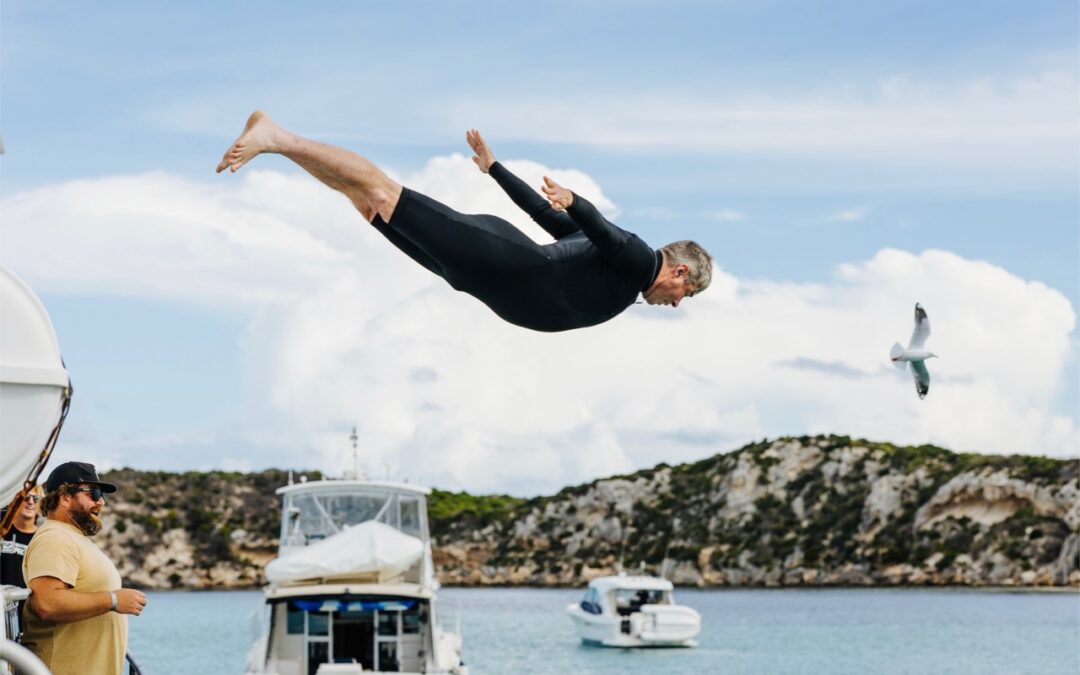 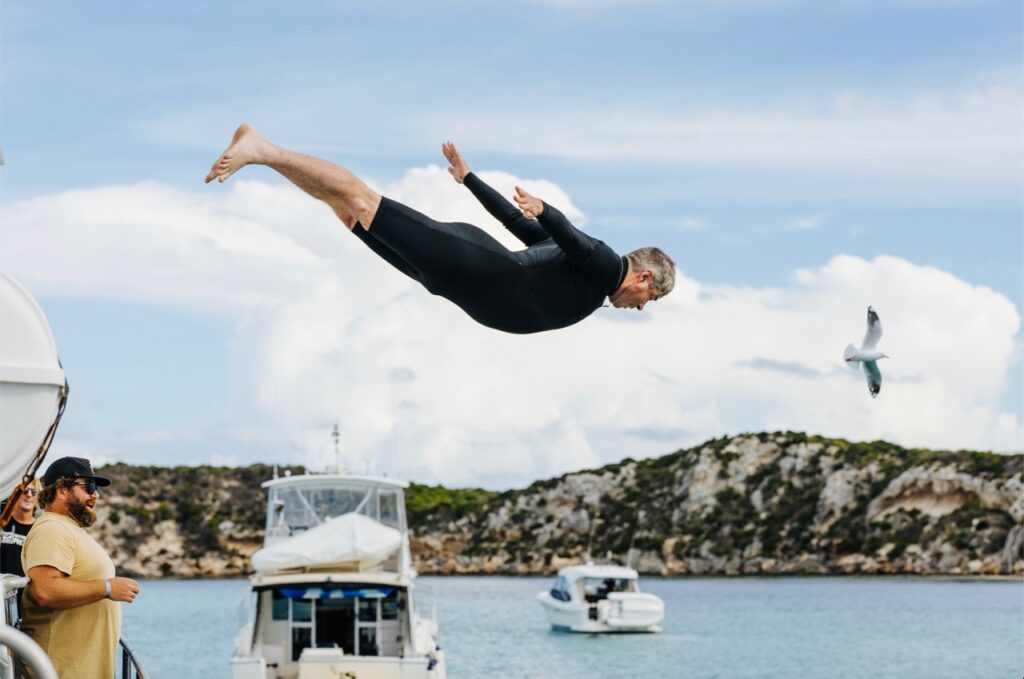 Rip Curl has dominated WSL sponsorship so far this year by supporting the four recently completed CT events in Australia.

The brand is also taking the lead on the inaugural WSL Finals, a one-day, winner take all event that will take place at Lower Trestles in the fall. Rip Curl will sponsor the finals for the next three years.

We asked Rip Curl Chief Brand and Marketing Officer Neil Ridgway why Rip Curls is going deep with the WSL and how the brand is making the most of the sponsorships.

Rip Curl is going big with the WSL this year – why does sponsoring tour events work for Rip Curl?

Rip Curl has been influential in the professional surf tour’s development in every way from heat formats to digital broadcasting over the last 50 years and we have strong relationships with the WSL teams responsible for channels. I was a 10-year ASP Board Director and more recently before COVID, I was the Core Promoter Rep to the WSL Board for all the surf brands. So we understand the WSL.

Rip Curl North America President Dylan Slater is a core guy and he knows that the Rip Curl WSL Finals will be great for the brand and he and his team know how to capitalize on it. 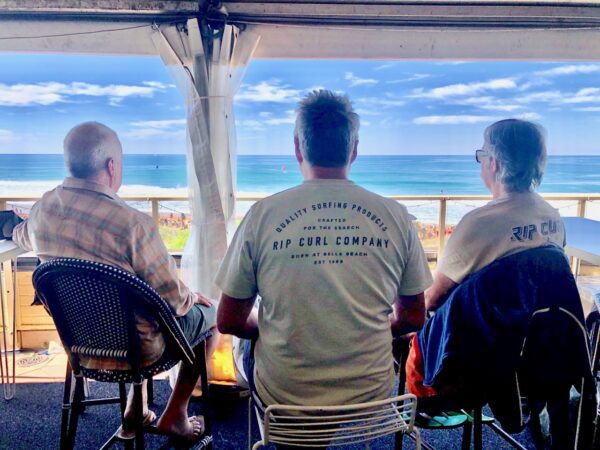 Back at HQ in Torquay, we know that the WSL Tour is good for brand awareness and something the ultimate surfing company should do for authenticity but is also good for business. It delivers direct marketing opportunity through WSL channels and databases, a chance to connect with MVP retailers by giving them an exclusive experience and driving market interest in return for increased exposure and rack space, it drives traffic to our e-commerce and stores to convert to sales in the direct to consumer channels, and surfers the world over are talking about it. The WSL Tour is one large factor which helps to drive the market for the entire industry.

We’re tragics, really. We love being there at 6 am for the heat call; having a surf down the beach when our surfers are between rounds; and, we never miss a heat on the day. We are in it as much as the surfers and the WSL staff once that waiting period starts and we like to be there onsite to see we are getting full value. It’s a great partnership at many working levels and the WSL knows we are full-on when it comes to making the event better. I’d say that connection helps to improve the product for them and us and more importantly, the audience.

Look at the Aussie Quaddie (the four events Rip Curl sponsored in Australia). Our Founder Claw Warbrick travelled to every event with us – and he’s got to be pushing 80, although no one really knows the old bastard’s actual vintage! He’s on the beach with us, he brought boards and wetsuits with him, he’s in the bar with us and the rest of the WSL circus at night talking shop with pros, judges and journos and it’s just unreal to be immersed in a pro event together.

Sales, marketing, team management, digital, founders, and WSL crew all there together. You just talk surfing from dawn to dusk. We are very lucky to be able to do it. It’s a lot of fun and we know how to have a good time and get a few waves along the way.

Was there any more incentive to sign on to the new events in Australia given it is Rip Curl’s home turf?

Neil Ridgway: Not really. I mean the Rip Curl Pro Bells Beach is about the only “sacred cow” we have, so when COVID-19 cancelled that we were presented with a unique opportunity of sponsoring all four events in a leg which will likely never happen again. We were the only surf brand anyone saw for eight weeks. But our sponsorships are not exclusive to Australia – we have and will continue to sponsor WSL events in all parts of the world.

It’s an international sport with great men and women from all over the world and when the contest starts they all ride for Rip Curl. They are all in a Rip Curl comp vest in the media or performing in heats or signing autographs for the kids and they all contribute to our brand notoriety and credibility. 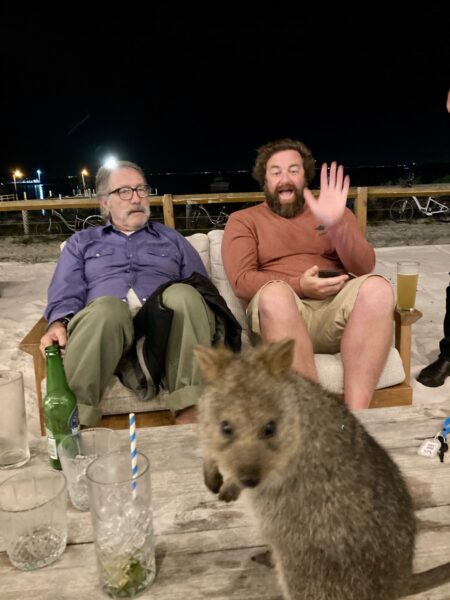 We have our own great surf team competing in the events, so it’s in our best interest to give them a platform to compete in, but we also understand the momentum they feel when they come to events which are sponsored by us. I know there was more than one pro surfer riding for other brands that saw our four event push and thought, “I wish I was part of this.” They appreciate our support of their sport.

And the Aussie Quaddie allowed us to have some say in the narrative. We worked with the WSL on the content. We suggested the different trophies so we could leave Bells free as the “The Rip Curl Pro.” The Cup for Newcastle deflected the need for a Bell over Easter and is an awesome surf market; the Classic for Narrabeen paid homage to the bygone days of the Surfabout with twice world champion Damian Hardman as contest director and local Rip Curl Narrabeen retailer; and Rottnest/Wadjemup allowed us to bring back The Rip Curl Pro Search after 10 years in hiatus.

Plus, there were other layers. WSL and Rip Curl worked with indigenous and local Noongar elder Professor Len Collard on content which lifted the lid on the somewhat dire history of aboriginal prisoners on Rottnest Island. Len is a core local Rottnest/Wadjemup surfer and he knows it from all angles. WSL didn’t shy away from indigenous issues – they talked about it through a big voice – and they should be given kudos for that. Plus the remarkable way the Western Australian government supported the tour and showcased their region worked in unison.

Oh, and Rip Curl surfers placed well and we won a lot, too. Medina was in rare form and spoke to a whole new audience of fans through his victories. Connor Coffin and Morgan Cibilic offered fans new reasons to cheer. And, the women competed at new performance levels following on from the Roxy event in Hawaii, which moved to Pipe and drove a new appreciation for their skills.

I also think the surfers felt safe from COVID-19 in Australia, which was brilliant. Andrew Stark (WSL GM Australia) and Scott Hargreaves (WSL Commercial Director) and Jessi Miley-Dyer (WSL Head of Competition) moved mountains to make it happen logistically and through Australian government quarantine. They hired a private jet to bring the surfers for God’s sake! And their teams worked their assses off to make it happen. It was a remarkable achievement in world sports with no COVID-19 fallout on any level.

Did you have competition for the naming rights to the finals or do you think your industry competitors have stepped back at the moment? 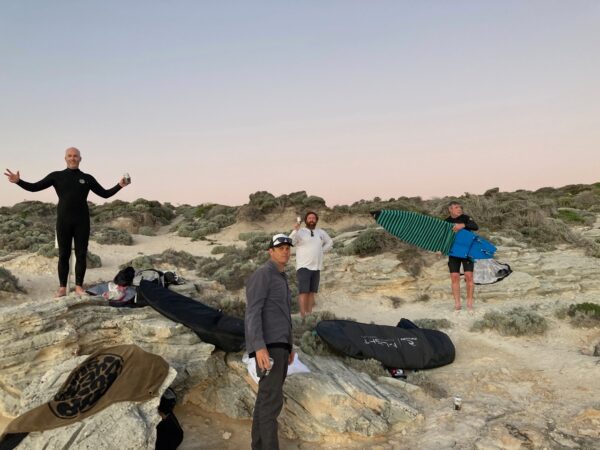 Neil Ridgway: It was a strange course of events, that’s for sure. We were negotiating for the Rip Curl WSL Finals with WSL’s Chief Commercial Officer Cherie Cohen out of the Santa Monica office for some time and were close to that deal being done. Then Bells got cancelled and WSL asked us if we would like to be involved with the four event leg.

It was one conversation with our CEO Michael Daly and he said “Okay, but if you want it, get the lot.” We were sensitive to other surf brands who had stumped up for WSL events but had them cancelled due to COVID. In fact, we asked WSL to explore if they wanted to share in it. Apparently they said no, so we did what Daly asked and took the lot.

It turned out pretty good. The momentum was phenomenal. The event merchandise broke sales records and traffic to our websites leapt in the period. It was a good investment with good ROI. I don’t think our competitors are backing off – certainly not Boardriders. Billabong and Quiksilver and Roxy have some great WSL sponsorships, but COVID-19 has stopped them in some cases for this year. I look forward to G-land and Pipe being on deck next year as it makes the whole tour stronger. They’ll be back.

Do Rip Curl’s new owner Kathmandu get involved in these decisions?

Neil Ridgway: Only to the extent that we advise them this is what we are doing. The Rip Curl WSL Finals was a bit different. That’s the biggest deal we have ever done – for an event anyway – so that had to be justified with a year-long marketing plan over a three-year deal. They like that the Rip Curl WSL Finals are on our home turf in Trestles, too. It will be massive for the US market and Dylan and PJ Connell our Marketing Director have big plans.

When Kathmandu Holdings first acquired us they were questioning the value of athletes and events – as you would expect – but now they understand it more and they see that by staying on the beach we remain true and authentic to our surfing roots. We don’t have the full report on audience by channel yet, but early indications show a lift from 2019 to 2021 on the first tour events on WSL owned and operated channels. And with COVID-19, the world is turning to the beach as a panacea for well-being and we have the gear they need to enjoy it so that makes commercial sense to the Kathmandu Board of Directors.

With the current surge in surfing participation, including from newcomers, is Rip Curl marketing to that end of the market as well? If so, how?

Neil Ridgway: When you combine the content and hype of a WSL event with the data you have, it can be powerful. Our Lexer Customer Data Platform allows us to target customers interested in WSL pro surfing, surfing products, particular surfers, travel, the beach or any number of attributes connected to the event at a personalized level. So by targeting different segments with Electronic Direct Marketing emails on both product and WSL event content, we drive traffic and sales and avoid the “pray and spray” approach into our customers’ inboxes.

Targeted ad campaigns over the Quaddie show double digit increase on revenues. All team and event activities from grassroots to WSL events have digital and retail benefits to tap into. It’s a no brainer for us, really.