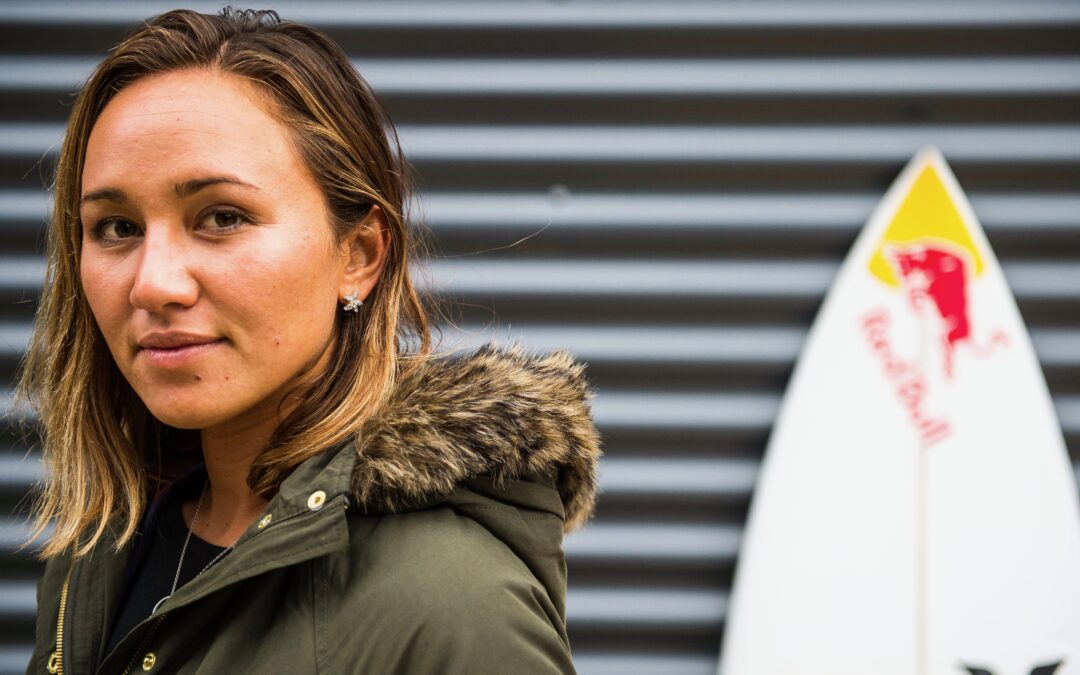 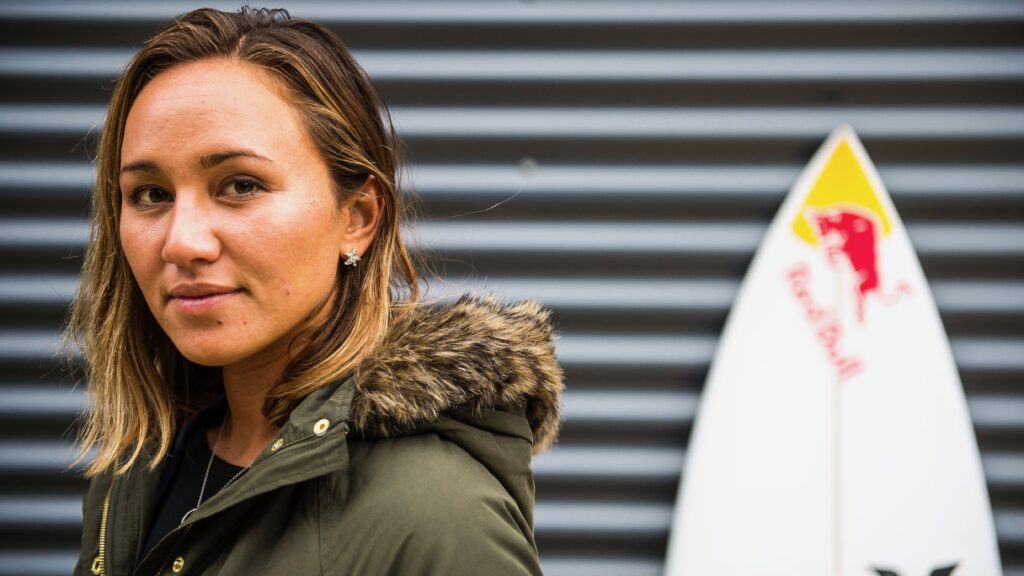 Carissa Moore, SIMA's 2021 Waterman of the Year. Courtesy of Hurley

After having to take 2020 off due to the global pandemic (the first time in the past 30 years the event was not held), the legendary Waterman’s gala returns for an in-person celebration on August 14, 2021 at The Ranch at Laguna Beach. The Surf Industry Manufacturers Association (SIMA) will honor four-time world champion and 2021 Olympian Carissa Moore as Waterman of the Year; musician, artist and ocean environmental warrior brothers Ben, Joel and Peter Harper as Environmentalists of the Year; and trailblazing surf traveler, retailer and culture preservationist Dick Metz with the Lifetime Achievement Award.

Waterman’s benefits the SIMA Environmental Fund, a 501(c)(3) charitable foundation that awards grants to various environmental groups based on their dedication to preserving and protecting the world’s oceans, beaches and waves. The gala event is expected to raise $200,000 for 15 ocean conservation groups – which will be much-needed support after the COVID-19 pandemic forced all in-person fundraising to be halted in 2020. A list of the 2020 Waterman’s environmental beneficiaries can be found at http://sima.com/watermans-beneficiaries. Since 1989, Waterman’s has raised more than $8 million to support beneficiaries that are dedicated to keeping plastics out of the ocean, overseeing beach clean-ups, protecting surf breaks from destruction and more on behalf of surfers.

Now in it’s 31st year, Waterman’s returns to the idyllic setting of The Ranch at Laguna Beach in Laguna Beach, Calif. However, this year’s edition will feature a more condensed format with 170 guests expected to attend the silent auction, dinner and awards on the Sage Patio rather than the 10th fairway of the Ranch’s golf course. Leading surf industry executives, local business leaders and surf enthusiasts will gather under the stars for a fun night of competing for unique silent and live auction items, enjoying great wine and gourmet food, and paying tribute to this year’s amazing honorees. Waterman’s is honored to once again welcome back our major sponsors: Audi, The Ranch at Laguna Beach, Surf Expo and Young’s Market.

A native of Hawaii, Carissa Moore got her first taste of surfing at the age of five when her dad took her to Waikiki – and she was immediately hooked and it showed in her earliest competitions. In fact, she started collecting wins at NSSA competitions and top spots at the ISA World Junior Surfing Championships, where she helped Hawaii win a team victory. In all, she clinched a record 11 NSSA amateur titles, and at age 16, she became the youngest champion at a Triple Crown of Surfing event when she won the Reef Hawaiian Pro.

In 2010, Carissa qualified to compete on the World Championship Tour where she went on to win two major contests, finished third overall, and was named Rookie of the Year. The following season, she continued to live up to the hype winning three events and claiming her first World Championship. At 18, she became the youngest person – male or female – to win a surfing world title. Carissa took top World Tour honors again in 2013, 2015 and 2019. She was inducted into the Surfers’ Hall of Fame, and will represent the United States in this year’s Olympics in Tokyo, where surfing will debut in the Games.

“SIMA is thrilled to honor Carissa Moore with a long overdue award as Waterperson of the Year,” said Paul Naudé, President of SIMA and CEO of Vissla. “Over the past decade, Carissa has spearheaded a new brand of women’s surfing that has now earned the respect of all surfers globally and inspired a whole new generation of young female rippers. She is considered the top seed for surfing’s debut in the Tokyo Olympics, and is favored to be wearing a medal at Watermans!”

SIMA’s 2021 Environmentalists of the Year are incredible individuals in their own right, but together have become powerful advocates for protecting the ocean. Of the three Harper brothers, Ben is arguably the best known thanks to his Grammy award winning music that mixes folk, blues, rock, soul and reggae. However, his brothers Peter and Joel are quite talented as well and all three are surfers who use their talents to raise money and awareness for ocean conservation.

The Harper brothers grew up surrounded by music through their family’s Folk Music Center and Museum in Claremont, Calif. Ben began playing guitar as a child and has gone on to critical acclaim as a music artist. While brother Peter is also an accomplished musician, most of his early life was centered around art – specifically sculpture. After meeting surfing’s Malloy brothers, Peter found ways to combine his two passions of art and music for the benefit of ocean preservation.

Not to be outdone by his brothers, Joel turned his passion for surfing and love of the ocean into children’s books and animated short film that teach kids how the ocean and beaches are impacted by trash starting with local storm drains. His books All The Way To The Ocean and Sea Change use beautiful illustrations to teach kids how they can make a difference by recycling and the harmful effects of pollution.

“The Harper brothers are a renowned close-knit trio of musicians and artists. Known globally for their engaging music, it’s their incredible spirit and soul that sets them apart. Their inimitable style and commitment to environmental causes is a joy and benefit to all. We applaud their ongoing tireless efforts to make a difference,” stated Naudé about this year’s Environmentalists of the Year.

Known in his younger years for his easy-going attitude and often aimless approach to life, Dick Metz has led quite a life and those who know him now would definitely not use aimless to describe him. Born and raised in Laguna Beach, Dick learned to surf at the age of seven at San Onofre and went on to earn a bachelor’s degree from Santa Barbara State College in 1953. After a seven-month stint in the army, he briefly enrolled in graduate school in Hawaii, but then returned to Laguna Beach in 1954 where he tended bar, ran his father’s liquor store, and repaired surfboards.

In 1958, a restless Metz set off on a three-year around-the-world journey with stops in Tahiti, Australia, Southeast Asia, India, and South Africa. In Cape Town, he befriended a young John Whitmore—later called the father of South African surfing—and connected him with California surfboard builder Hobie Alter, helping to seed Cape Town’s surf scene with high quality equipment. Upon returning to California, Metz captivated longtime friend and filmmaker Bruce Brown with stories from his travels. A few years later, while in South Africa shooting The Endless Summer, Brown looked up some of the contacts Metz had made on his globetrotting voyage.

In 1962, Alter tapped Metz to run his new surf shop in Honolulu; the store was an immediate success, and Metz found a career in retail. Over the next few years, he cofounded the successful beachwear shop Surfline Hawaii with Dave Rochlen, opened Hobie retail outlets on both the West and East coasts of the mainland, and started ice cream parlors and liquor stores with McClelland.

Along the way, Metz collected hundreds of vintage surfboards, many of which had been owned by big-name Hobie team riders in the ‘60s. In the early 2000s, in part to preserve his board collection, Metz teamed with Newport Beach’s Spencer Croul to found the Surfing Heritage and Culture Center, a San Clemente, California-based nonprofit museum and surf history research center.

“Dick Metz is a surfing legend who got the ball rolling for International surf travel and adventure that is now an integral part of Surf Culture. He is a visionary that introduced modern surfing to numerous secondary nations and also played a leading role in defining modern surf retail,” said Naudé. “Along the way, he also had the foresight to collect and preserve what is the finest, most extensive collection of historically significant surfboards and memorabilia in the world. After decades of being immersed in surf, his story-telling is unequalled.”

The Surf Industry Manufacturers Association (SIMA) is the official working trade association of more than 300 surf industry suppliers. Founded in 1989, SIMA is a non-profit organization that serves to promote awareness of the surf industry and participation in the sport of surfing through public relations efforts and a variety of services, educational programs and research. In addition, SIMA actively supports oceanic environmental efforts through its 501(c)(3) charitable environmental foundation, the SIMA Environmental Fund. In the past 30 years, SIMA’s Environmental Fund has raised more than $8 million for environmental groups seeking to protect the world’s oceans, beaches and waves. For more information regarding SIMA, please visit www.sima.com.