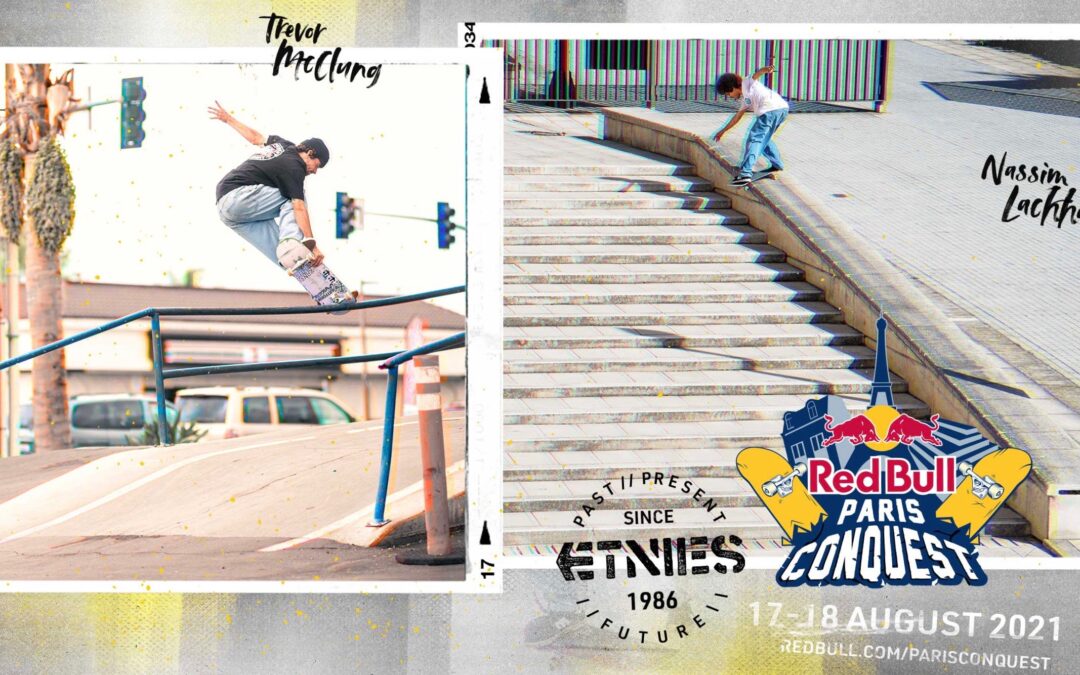 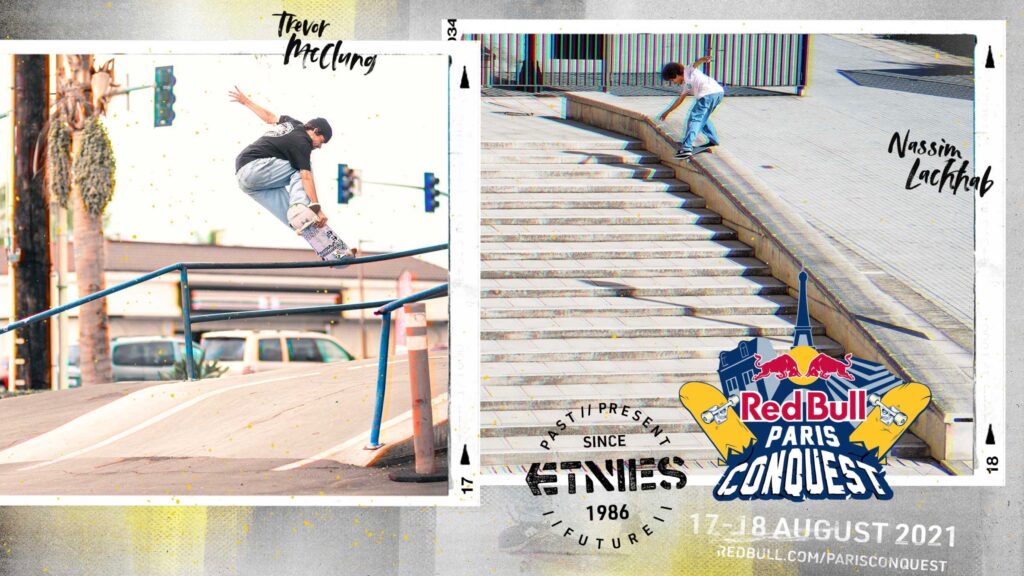 etnies is proud to sponsor the Red Bull Paris Conquest contest that is happening on August 17-18 in front of the Eiffel Tower at the Jardins Du Trocadero.  For the first time in history, these iconic Paris street spots will be recreated for a contest:

The prize purse for the women’s and men’s pro contests is equal, and there will be a pre-event am contest with the winner getting a wildcard entry to compete against the pros in Red Bull Conquest.  Skateboarders expected to compete in the pro contests include Trevor McClung, Nassim Lachhab, Aurelien Giraud, Leticia Bufoni, Vincent Milou, Jake Wooten, Tiago Lemos, TJ Rogers and more.

In 1986 etnies launched in France, and the brand remains owned and run by French skateboarder Pierre-Andre Senizergues.  In 2021, etnies celebrates its 35-year anniversary by saluting its past, enjoying the present and looks to continue pushing the limits in the future.  Watch the brand’s story as told by Pierre-Andre here: https://youtu.be/5xoyRAulhiE.