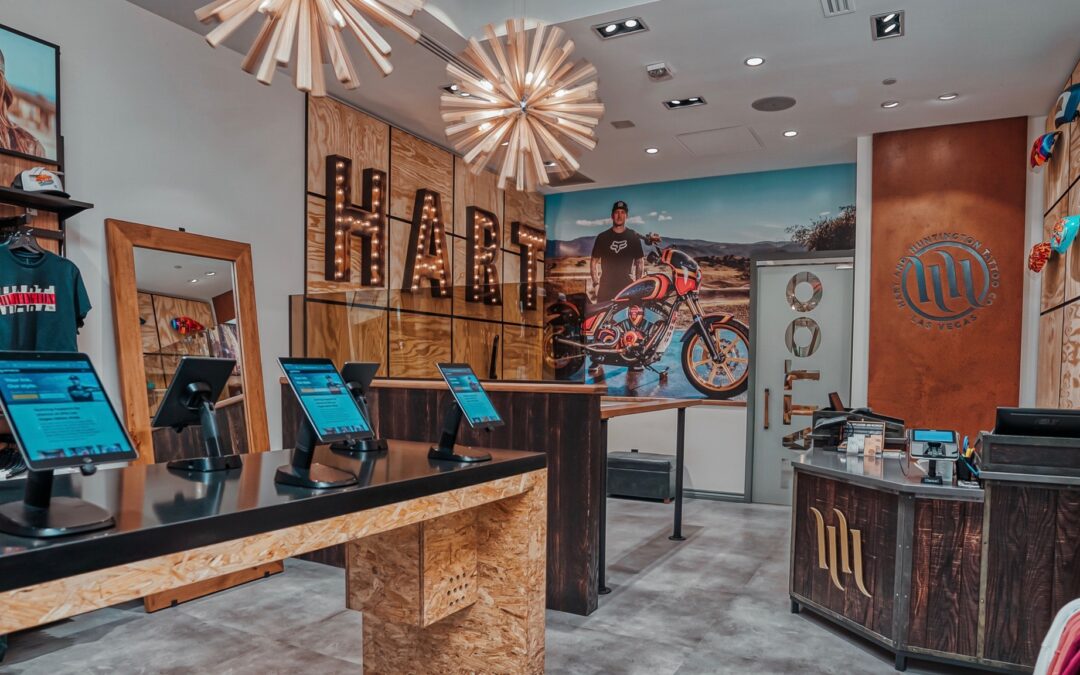 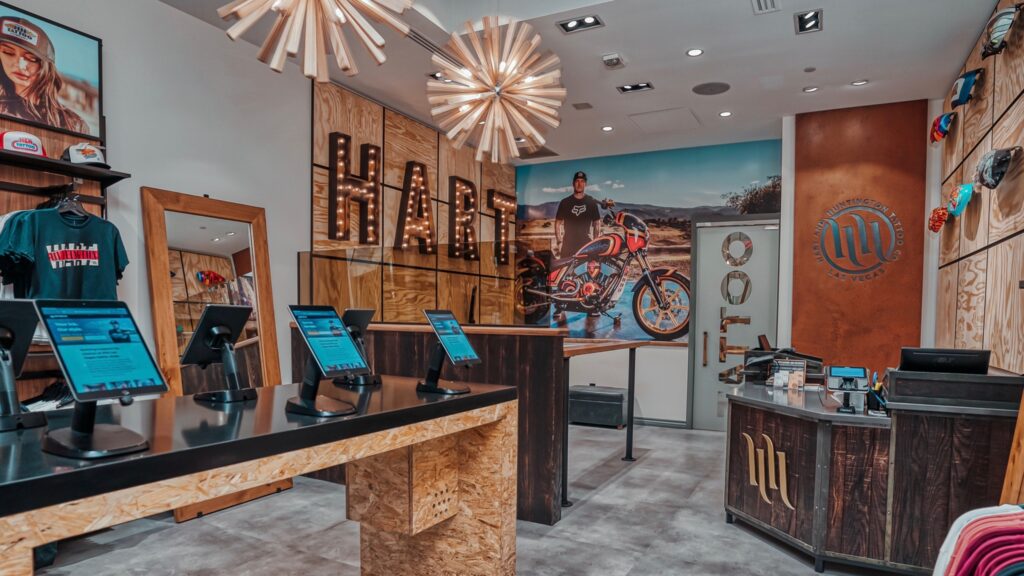 Hart & Huntington Tattoo Company has officially opened up shop in The Forum Shops at Caesars Palace. The move comes as their ten-year lease expired at the Paradise property fka Hard Rock Hotel.

In addition to the convenient location, just off the strip, the shop boasts a fresh new look and feel. The 1080 sqft. space offers a consultation bar, 4 tattoo stations, including one that mimics Carey Hart’s personal workshop, and a retail area near the storefront where you will find the latest Hart & Huntington apparel and accessories along with select brands.

Hart & Huntington opened the world’s first casino tattoo parlor in Las Vegas in 2004 which was the site of A&E’s top rated tattoo reality series “Inked” which chronicled the shop’s talented tattoo artists as they went through the ups and downs of running a highly successful business on the strip.

Founded by motocross legend Carey Hart, Hart & Huntington Tattoo is not your typical tattoo shop. Created out of a desire to provide a tattooing experience that lives up to consumer’s expectations, Hart & Huntington Tattoo offers a clean, safe environment that operates with the highest health and safety standards and is staffed with the best in the business. With five high profile locations under its belt and Hart’s name on the door, the concept has become a top destination attraction in Las Vegas, NV. Orlando, FL. Nashville, TN. Niagara Falls, Canada and Noosa Heads, Queensland Australia.

The Orlando-based company plans to open more corporate locations and has also developed a licensed opportunity for qualified partners to share in the growth of this compelling tattoo/retail experience.

“We have refined our business system to make sure we are expanding with a retail model that is adjustable for specific markets and conditions,” said Hart & Huntington co-owner Chris Turck.

“Some locations may require more tattoo stations where others need a larger merchandise footprint. Finding the right balance between the two revenue channels is key for us. Clearly there is still a great demand for tattoos. Vacation spots like Vegas, Orlando, Nashville, Noosa and Niagara are host to millions of people looking to get some body art as a sort of lifelong souvenir of their visit. I’m excited to share our incredible brand through the opening of more shops.”

Hart & Huntington Tattoo is the tattoo/retail concept founded by motocross legend and entrepreneur Carey Hart. After opening the first ever tattoo shop in a casino, the company expanded into making quality clothing for men and women, influenced by action sports, music and tattoos. The INK ROCK MOTO lifestyle of innovative individuals who set their own rules. For more information, please visit https://www.hhtattoo.com

Carey Hart’s motorcycle legacy is indelible and deserved. From his achievements in Freestyle Motocross to his more recent philanthropic work, he has etched his name into motorcycle culture. In 2000, Hart revolutionized the sport of Freestyle MX, when he became the first person to land a backflip on a 250cc motorcycle in competition. Not only did this completely change the landscape of the sport, but it was also the catalyst to Hart’s legacy and career.

In 2004, he segued his passion for motorcycles into his passion for tattoos, opening Hart and Huntington Tattoo Co. Shortly after, Carey and the Las Vegas shop became the central character/theme of the A&E reality show Inked. 2008 saw Hart return to his two-wheeled roots when he launched Hart and Huntington Racing as a team owner/manager. In 2013, he joined forces with Supercross legend Ricky Carmichael and formed RCH Racing. RCH competed in both the AMA Supercross and outdoor AMA Motocross championships, winning the latter in 2016. Most recently, Carey has been drawn back into motorcycle culture by the allure and style of the V-twin platform. He’s found success and satisfaction with the Hot Bike Tour, designing and building custom V-twins. This newfound fascination also initiated Good Ride. Good Ride is a 501(c)(3) organization that puts on a series of charity rallies, that raises funds for various charities close to Carey’s heart.

With monumental championships, achievements, and accolades under his belt, Carey sites his family life as one of his greatest accomplishments. Along with his wife Alecia—an influential performer in her own right—and their two children Willow and Jameson, the Hart’s have committed their lives to pursuing passion and philanthropy whenever and wherever they can. 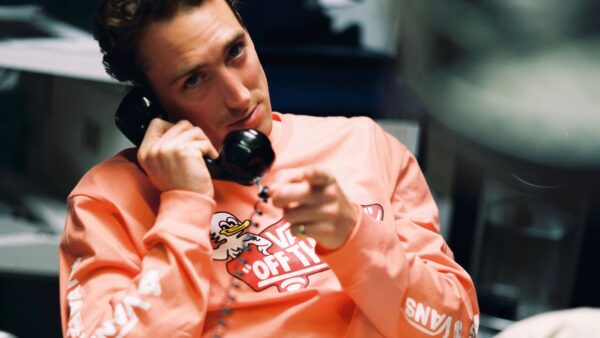 The collection is the brainchild of Palace’s newest employee, Jeremy. Courtesy of Vans 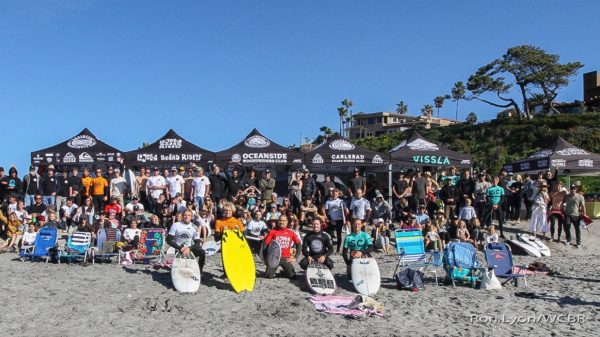