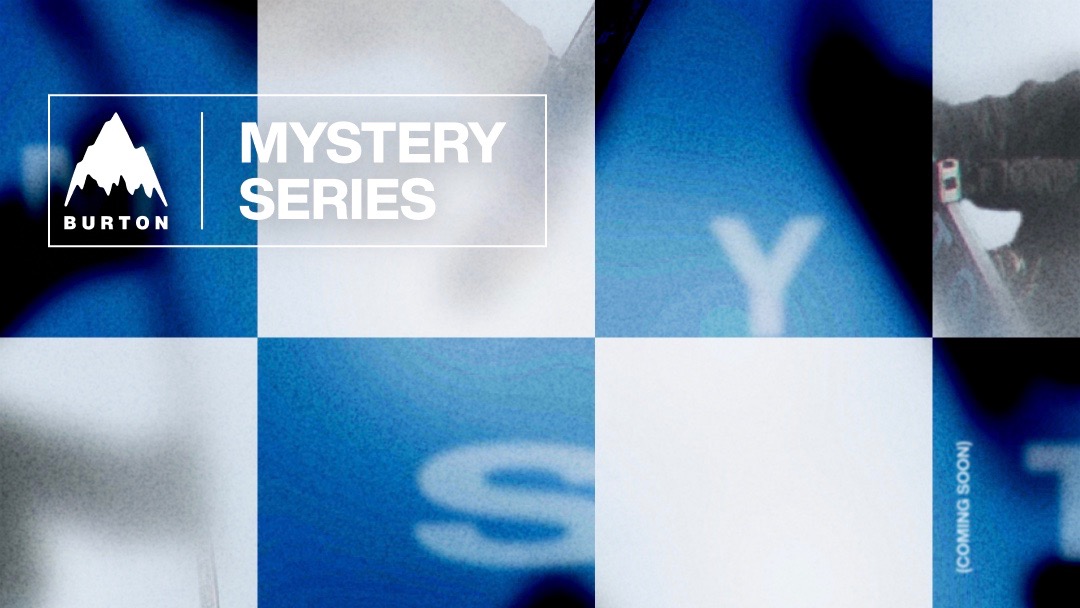 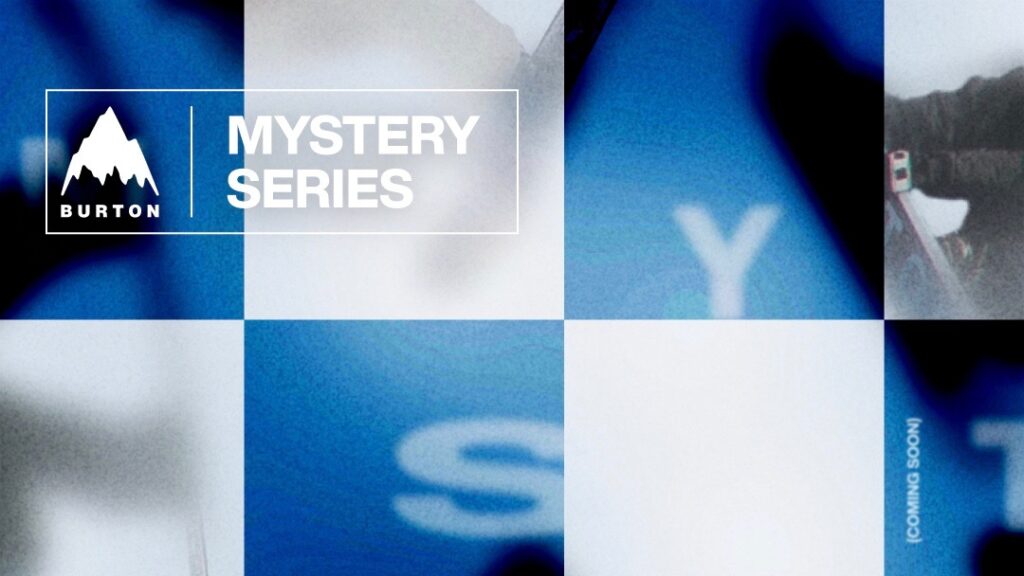 Burton is excited to announce the Burton Mystery Series – a bold new beginning for the legendary Burton U·S·Open and the start of a reimagined future that’s unlike anything else in snowboarding events. Bringing together riders under a shared love for snowboarding, the Burton Mystery Series throws away the rules and focuses on what matters most: creativity, self-expression, and good times – all under a cloak of mystery that’s unique to each event.

“This past August, we presented the Burton Mystery Series concept to our team riders, including Mark McMorris, Danny Davis, Kelly Clark, Zeb Powell, Ben Ferguson, Brock Crouch, Red Gerard, Kimmy Fasani and the rest of the team and gathered their feedback,” said John Lacy, CEO of Burton. “Overall, the energy was so positive about trying a totally new approach to snowboarding events with the goal of inviting more people to ride. We’re the first to say that we don’t have all the details completely mapped out for the Mystery Series, and that’s 100% intentional. We want to be flexible with how the Mystery Series evolves. We want to work with our riders, our ambassadors and the global snowboarding community to create an event series that is inclusive of all abilities while also celebrating the best riders in the world.”

Burton’s vision is to build up the Mystery Series into a global series of snowboarding events that welcomes all levels of riders. Then, down the road, the ultimate goal is to host a pinnacle Burton Mystery event that includes elements from the global grassroots events and features the world’s best riders. Unlike the Burton U·S·Open which was always held in the United States, this final, pinnacle event would ideally be hosted in a different country each time, opening up the new event series to more international riders.

“One of the major goals of the Mystery Series in the years to come is to get back to the roots of what events like the original Opens were all about – the idea that a young unknown rider could break into snowboarding through Burton events,” said Donna Carpenter, owner of Burton. “With all the passionate people working to build the new Mystery Series, Burton will continue its long legacy of hosting the greatest snowboard events in the world.”

Stay tuned for more details on the Mystery Series later this winter.

In 1977, Jake Burton Carpenter founded Burton Snowboards out of his Vermont barn and dedicated the rest of his life to snowboarding. Since its founding, Burton has played a pivotal role in growing snowboarding from a backyard hobby to a world-class sport by creating groundbreaking products, supporting a team of top snowboarders and pushing resorts to allow snowboarding. Today, Burton designs and manufactures industry-leading products for snowboarding and the outdoors. As a sustainability leader within the outdoor and winter sports industries, Burton is the world’s first snowboard company to become a certified B Corporation®. Privately held and owned by Donna Carpenter, Burton’s headquarters are in Burlington, Vermont with offices in Austria, Japan, Australia, Canada and China. For more information on Burton, head to www.burton.com and follow our line at facebook.com/burtonsnowboards, twitter.com/burtonsnowboard and @burtonsnowboards on Instagram.