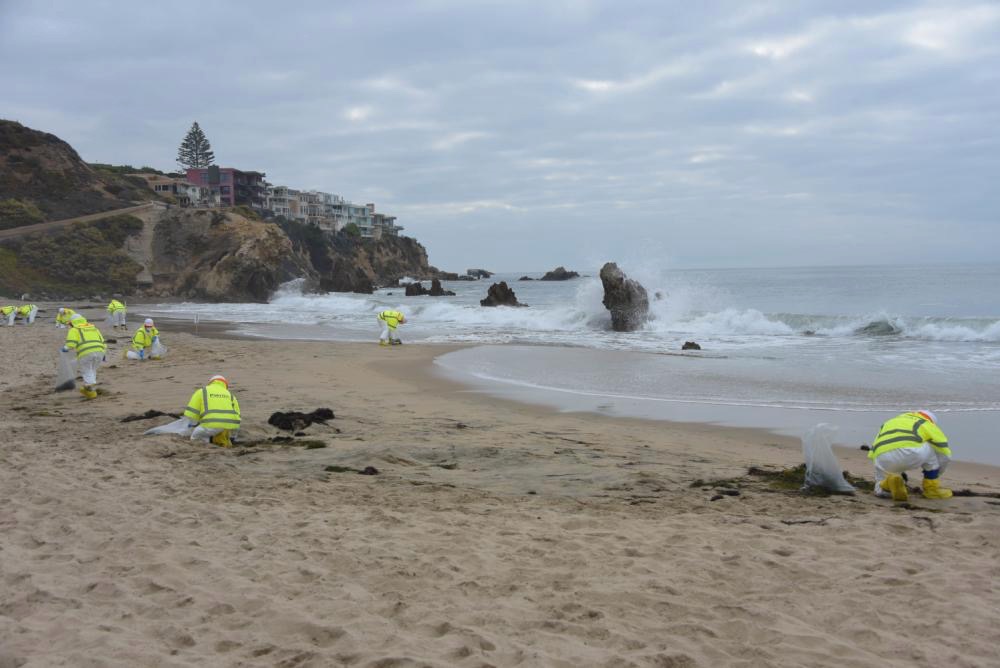 The oil spill in Orange County that has closed beaches in Huntington Beach, Newport Beach, Laguna Beach, and Dana Point is not only a crisis for the environment, it also could have a major impact on important industry stores and other businesses in the area.

“This is an ecological and economic crisis for the city of Huntington Beach,” said Aaron Pai, the owner of Huntington Surf & Sport on Main Street. “I feel for all the animals and businesses affected.”

Last weekend, Huntington Beach was packed due to the Pacific Air Show, which draws thousands of people to the beach to watch the planes perform off the coast. HSS was a sponsor of the event, which ended up being cancelled on Sunday, the last day of the show.

The spill has also cancelled this weekend’s City of Huntington Beach Surf Contest, which HSS was also sponsoring.

The only good news is that the spill didn’t happen in the height of summer, Aaron said.

Huntington Beach also just hosted the WSL’s U.S. Open of Surfing at the end of September.

“Thank God it didn’t happen during the U.S. Open,” said Bobby Abdel, a partner at Jack’s Surfboards, whose flagship store is directly across from the beach in Huntington. “Can you imagine?”

Jack’s has already noticed a drop in traffic as people avoid Huntington Beach because of the spill and the negative publicity.

Several of Jack’s other stores in Orange County, will also likely be impacted, including the Newport Beach, Corona Del Mar and Dana Point locations.

The big question that nobody knows the answer to is how long the beaches will be closed.

Bobby thinks the month of October will definitely be rough for everyone in the city, and he’s concerned it could last even longer.

Duke Edukas of Surfside Sports, which is located a few miles off the beach in Costa Mesa, thinks the spill will definitely dampen wetsuit and surf hardgoods sales at Surfside until it’s cleaned up. He remembers the impact from a major spill in the 1990s, that closed beaches for the whole summer. At that time, Surfside was located at the beach in Newport.

“We got hammered back then,” he said. Surfside and other businesses ended up receiving a financial settlement from a class action lawsuit against the oil company responsible for the spill.

Duke said Surfside is fortunate in some ways with the most recent spill because the store has a huge snow business, which starts to kick in this month and could help offset some of the negative impact from the oil accident.

SIMA President Paul Naude said a big worry is that the spill could spread to more beaches, especially since a storm is predicted to hit Orange County later this week. That would only increase the ecological and economic impact, he said.

Paul is angry that there is offshore drilling off the coast of California at all.

“Environmental groups have been lobbying government officials for years warning that this could happen and still it continues,” he said. “Sadly, it’s not a case of if it will happen again, but when.”

Given how reliant California is on its coastline and beaches, Paul can’t understand why offshore drilling is still allowed.

“All these oil rigs off the coast of Southern California – do they really make a significant impact to the supply of oil in the U.S.? I would guess the answer is no,” he said. “So is the risk it poses to the California beach lifestyle and the many people and many business sectors that rely on it, including tourism, really worth it? In my opinion, absolutely not.”

Authorities are investigating what caused a 4,000 foot section of the line to be displaced about 105 feet, causing a 13-inch split.

Even with several government agencies working to clean up the spill, it has been slow going so far. As of Wednesday, 5,544 gallons of crude oil have been recovered. That compares to the estimated 144,000 gallons that leaked into the ocean.

“I’m just hoping and praying for all the surf shops and all of the businesses in Orange County and all the animals, too,” Aaron of HSS said.

Editor’s note: The public is discouraged from taking part in the cleanup because of the toxicity of the oil. For more information on the spill and ways the industry can help, visit the Surfrider Foundation. 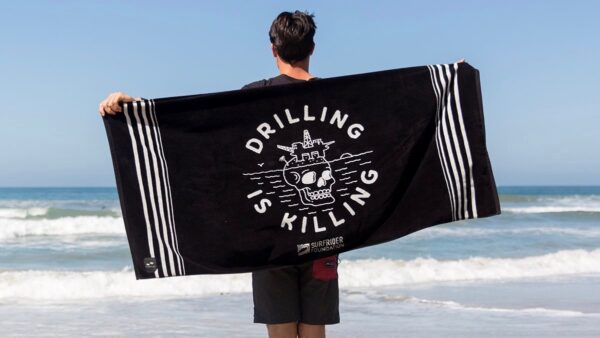