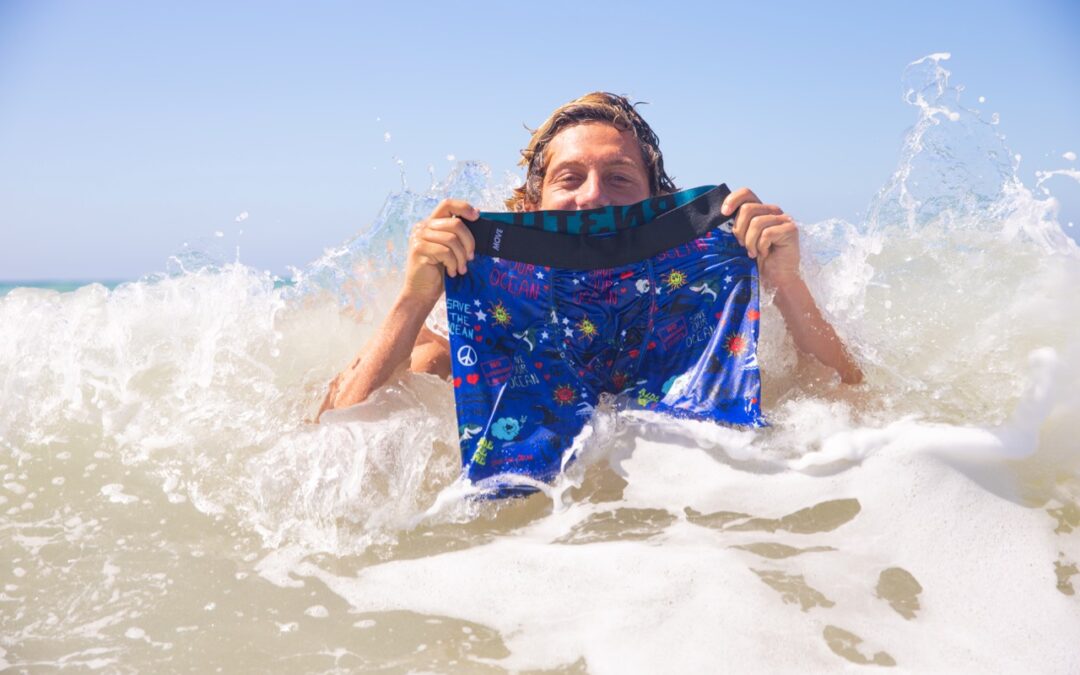 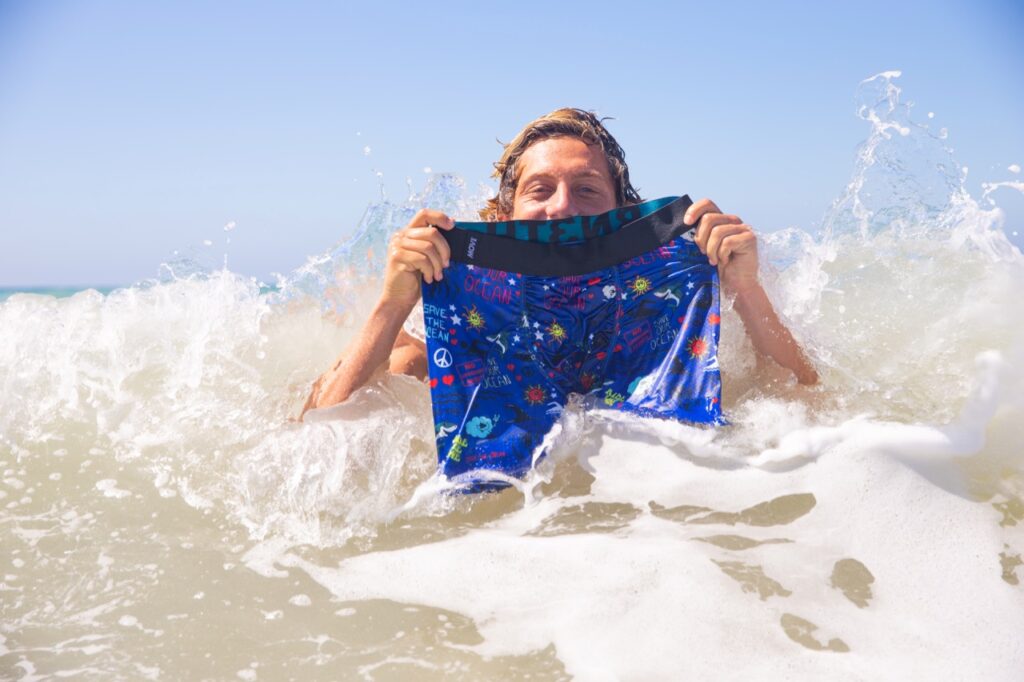 BN3TH is a men’s underwear and first-layer brand based in Vancouver, British Columbia. The company was founded by Dustin Bigney and Dez Price in 2011 under the brand name MyPakage but changed its name to BN3TH in February of 2018.

With numerous key executive additions to the company over the last two years and a renewed marketing push, the brand has been growing strongly within the action sports specialty market.

Shop Eat Surf recently caught up with North American Director of Sales Matt Keenan and Marketing Director Zach Boon to hear more about the recent changes, how the brand has opened more retail accounts, and what the future holds.

Keenan was hired by BN3TH just over two years ago to head up North American sales. He quickly brought in several new sales reps to help grow the company and hired Mike Loughlin, formerly of Stance, as Director of Wholesale and Integrated Marketplace. Matt, who is based in New Jersey, currently oversees a team of 25 reps.

“When I joined the brand at the end of January 2020, they didn’t have a wholesale director for the U.S.,” he explained. “We had a few reps, but the brand had recently changed names from MyPakage to BN3TH. So, I was grabbing the reins of this thing two years after the brand had changed names. And since then, it’s really been the most exciting blur from both a personal and a business perspective.”

With an expanded sales team in place, the company experienced strong growth over the last two years. According to Matt, BN3TH’s sales rose 70% from 2020 to 2021, with a projected 80% growth coming this year.

ActionWatch President Patrik Schmidle said BN3TH went from .5% share and No. 6 in terms of brand ranking in the underwear category in 2018 to 14% share and the No. 2 ranking behind Stance for 2021.

However, Stance is still the dominant player in underwear in the core channel with market share well above 50%, Patrik said. 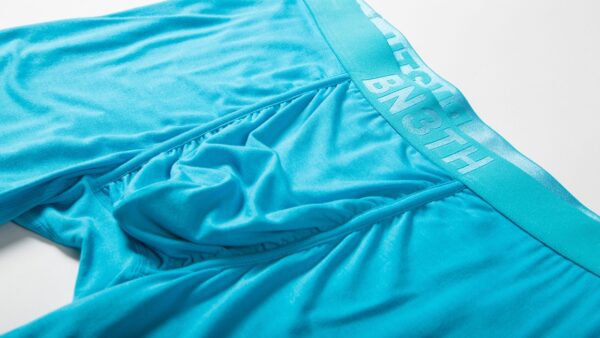 While the men’s underwear category has been developing in action sports specialty retailers for more than a decade now, BN3TH originally launched with a unique product. The company touts its patented MyPakage Pouch Technology, the first to create a three-dimensional lift and support pouch for men, while increasing comfort without shifting or chafing. The brand also uses breathable fabrics.

The team has found that once people try BN3TH, they are hooked.

“Zack and I have a saying here: ‘Put product on people,’” explained Matt. “And that’s what we did as soon as we had the ability to go out and meet retailers in any capacity. I hired a sales team of the best guys across the U.S. and then we just literally went after it and just tried to put it in front of retailers. And to be honest, that’s exactly how we have (gotten space in stores).” 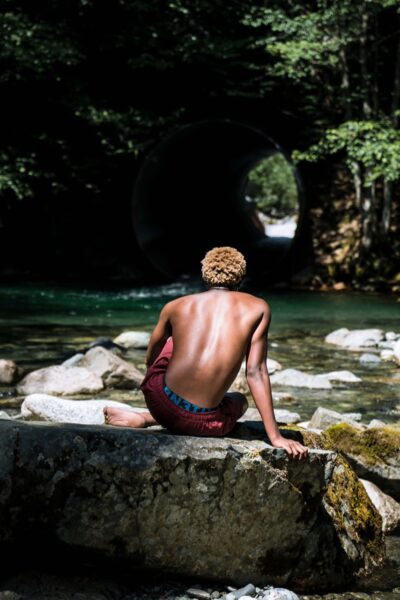 To support the sales efforts, Zach was hired last September to drive the brand’s marketing. He came across BN3TH the previous Valentine’s Day when a shop employee at Hobie in Dana Point sold his wife on the product as a gift for Zach.

“I’m really excited to come in and help to connect with the consumer deeper around the why of the brand,” Zach said. “Also, telling more stories around the product, not just the whiz bang and the tech, but the user benefits that comes from it, and how that makes your day better.”

To expand awareness further, BN3TH will be launching a brand campaign in 2022 and is working with a larger agency to develop and execute it. “We know we can help brand awareness, so when the consumer walks into a store, we aren’t just relying on the kid on the floor to say this is the best thing. We want that consumer to have heard of the brand and want to buy it.”

BN3TH isn’t committed to signing a big team at this point. Zach admitted the underwear category has a challenge because its worn underneath other clothes and isn’t usually visible. However, he supplies a lot of athletes with product and is generating a lot of buzz through word of mouth and social media.

“I wish I could drop all the names of the people who we give product to, but I can’t because I need to formalize some agreements around content partnerships,” he said.

With BN3TH’s founders’ background in Vancouver and their previous experience in the action sports and snowboarding industries, the brand sits firmly in the outdoor/action sports area. “Snowboard, surf, skate, and mountain bike,” said Zach. “Those are the core four, as we call it, and that’s where a lot of our existing footprint comes from.”

While the brand will continue to target the action sports and outdoor markets, Matt believes it can grow a lot further. Menswear is a huge focus going forward, as is hockey, golf, running and yoga.

“The crazy thing is if you’re a guy in our size range from 26 to 44, you’re a consumer and that for me as a sales guy is the most exciting thing,” Matt said. 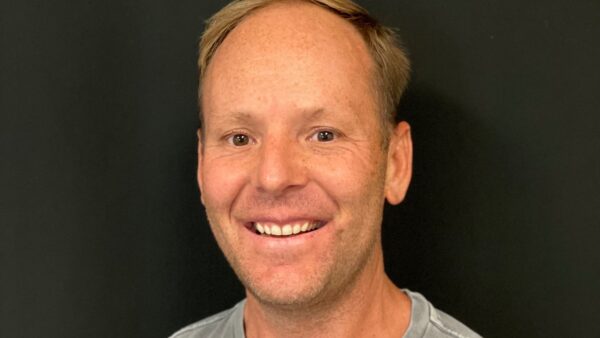 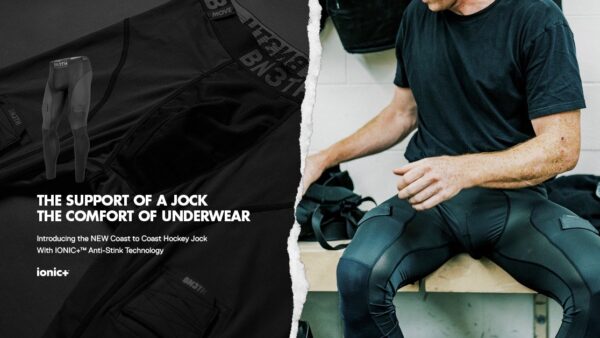