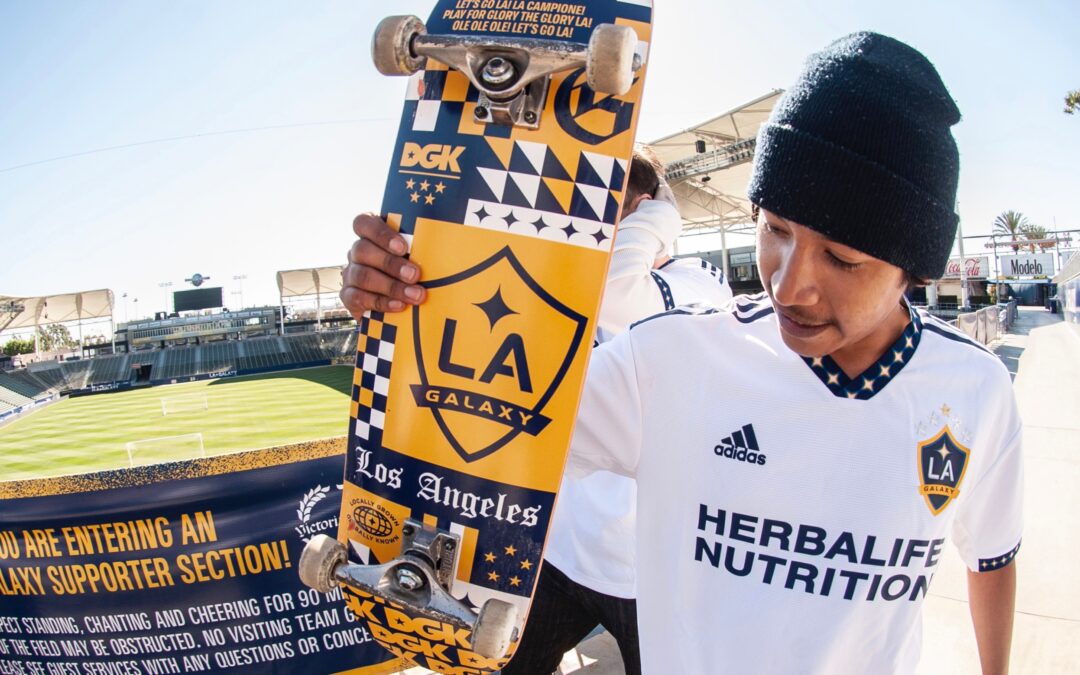 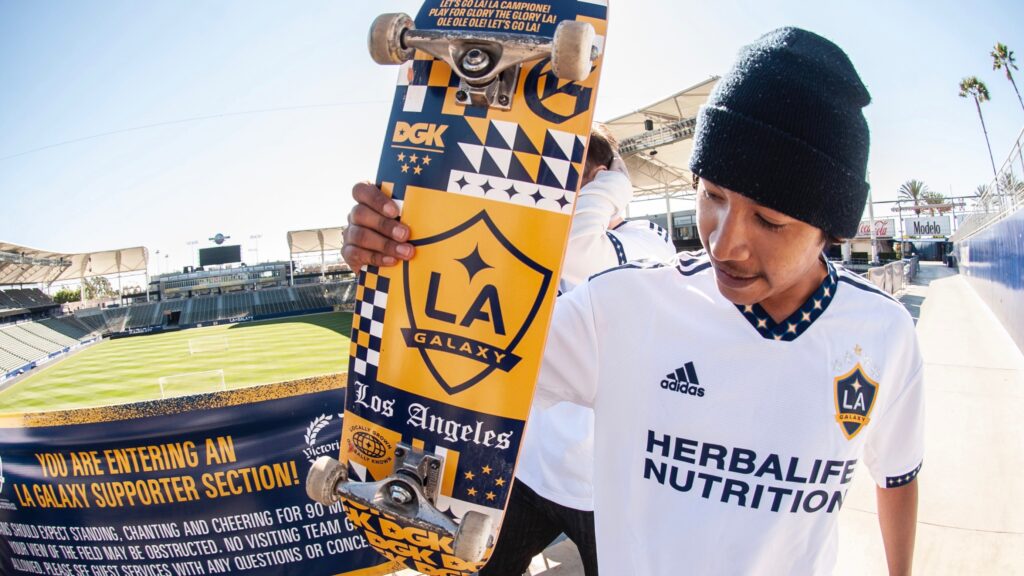 The ‘Locally Grown, Globally Known’ deck tells the story of skateboarding on the street and kicking a soccer ball on a dirt field. Courtesy of LA Galaxy

The LA Galaxy announced a skateboard deck collaboration with DGK, which went on sale to the public exclusively at the LA Galaxy Foundation booth at Dignity Health Sports Park for the home opener against New York City FC on Sunday, Feb. 27. The ‘Locally Grown, Globally Known’ deck is limited to 100 units and is on sale for $85, with proceeds benefiting the LA Galaxy Foundation and DGK’s Saved by Skateboarding foundation.

“We are thrilled to showcase this collaboration alongside DGK that brings together two iconic Southern California brands in soccer and skateboarding,” said Doug Vosik, Chief Marketing Officer for the LA Galaxy. “Galaxy and skateboarding fans alike will have a chance to own this one-of-a-kind deck, with all proceeds being directed back to our communities.”

Initiating a collaboration between two local brands of sports culture in Los Angeles, DGK is launching a unique deck that pays homage to the LA Galaxy and their 2022 campaign. The ‘Locally Grown, Globally Known’ deck tells the story of skateboarding on the street and kicking a soccer ball on a dirt field. The intersection of skating and soccer within Los Angeles is a key reference to the Angelino lifestyle. The DGK and Galaxy collaboration is a one of-a kind, grass-roots, authentic and uplifting collaboration between two unique sports.

“DGK has always been inspired by sport and the accessibility of soccer is something all skateboarders can relate to; you play on your terms,” said Troy Morgan, Co-Founder of DGK. “We’re excited to work with the LA Galaxy on this project and give resources that will positively impact our respective communities.”

“As someone who grew up boarding in the streets of LA, as an Angelino, I am honored to have united our club with DGK for this special moment,” said Nelson Arriaza, Marketing Manager for the LA Galaxy.