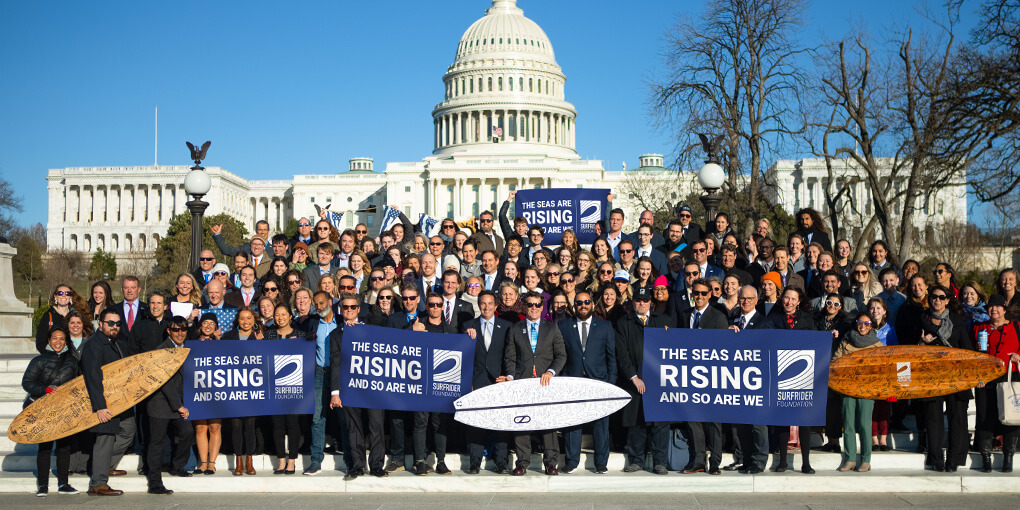 San Clemente, Calif., March 7, 2022 – On March 9-10, the Surfrider Foundation, world champion surfers, ocean advocates and leaders of the coastal recreation and tourism industry will virtually meet with congressional officials and the Biden administration to demand federal action to protect the ocean and coasts for all people. Representing the largest grassroots network of coastal recreation users in the nation, attendees will meet with more than 130 congressional leaders during Surfrider’s Coastal Recreation Hill Day to urge comprehensive policies to prevent plastic pollution, protect clean water and drive climate action.

“Our goal is to build bipartisan leadership to protect our nation’s coastal ecosystems and the public’s ability to enjoy these resources,” said the Surfrider Foundation’s Environmental Director Zach Plopper. “Hundreds of millions of Americans participate in ocean and coastal recreation each year, supporting millions of jobs and generating over $150 billion annually. Our nation’s communities and coastal environments, which these industries depend on, are increasingly threatened year after year. Federal leadership is needed now more than ever to ensure clean water, resilient coasts and a healthy ocean to support public use and our economies for the future.”

The Surfrider Foundation’s Coastal Recreation Hill Day efforts will consist of 36 regional delegations representing 26 of the nation’s 32 coastal states and territories. It will also include support from more than 50 industry groups, a record number of 20 student clubs and notable attendees, such as Big Wave World Champion Greg Long, Congresswoman Suzanne Bonamici, and Director of NOAA’s Office of Marine National Sanctuaries John Armor.

Specifically, the Surfrider Foundation will urge federal support for:

For more information on Surfrider’s Coastal Recreation Hill Day or to find a nearby chapter and get involved, visit Surfrider.org.

The Surfrider Foundation is a nonprofit grassroots organization dedicated to the protection and enjoyment of our world’s ocean, waves and beaches for all people through a powerful activist network. Founded in 1984 by a handful of visionary surfers in Malibu, California, the Surfrider Foundation now maintains over one million supporters, activists and members, with more than 190 volunteer-led chapters and student clubs in the U.S., and more than 700 victories protecting our coasts. Learn more at surfrider.org.