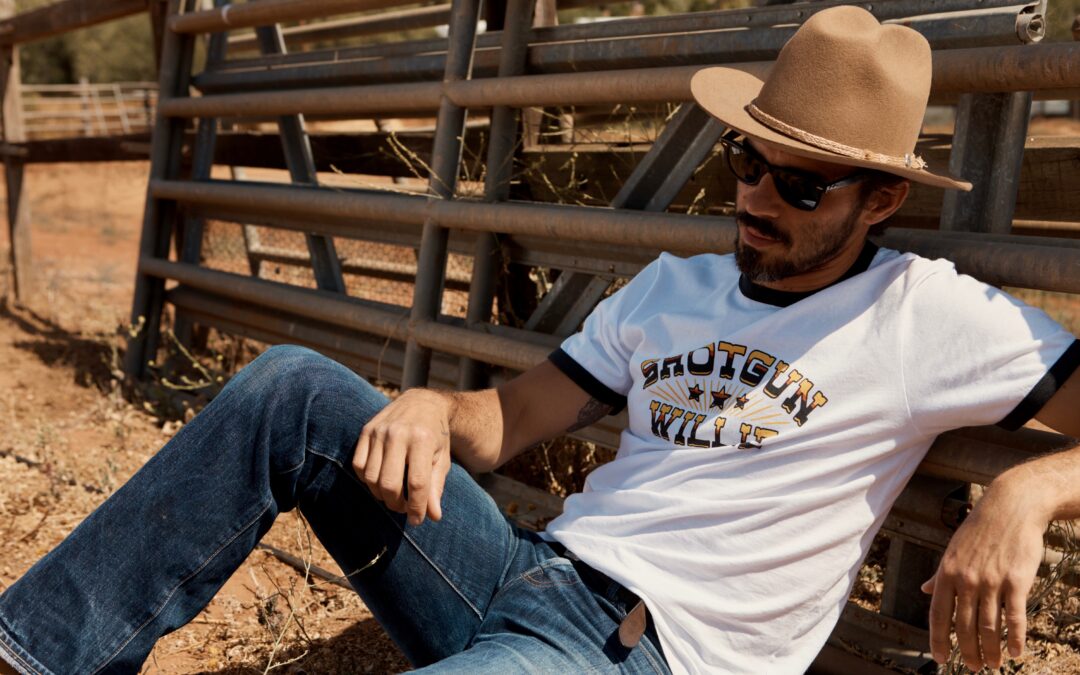 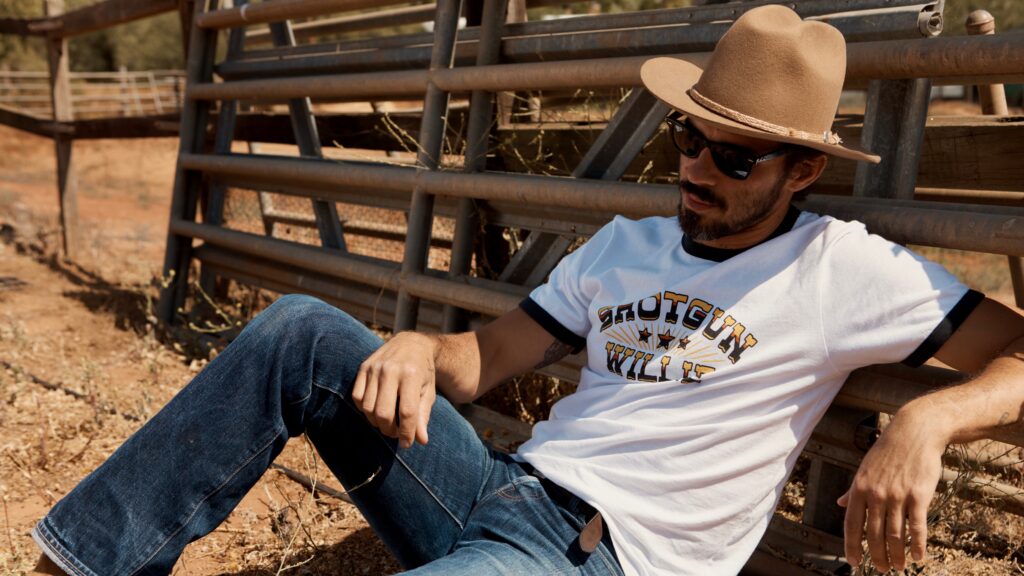 Southern California-based, premium lifestyle brand Brixton has launched a new collection in collaboration with American music icon, Willie Nelson, who lends his legendary moniker and image to a line celebrating his lasting impact on music and culture.

A nod to 1970s Americana and Brixton’s own roots, the new collection combines heritage style with country-inspired silhouettes featuring lived-in washes and vintage western details that lend authenticity to each piece. The line features cut & sew apparel, graphic tees, headwear, and more, all inscribed with the headlining moniker of one of country music’s most iconic stars. Through the collection, Brixton strives to bring the “Willie way of life” to a new generation – hitting the open road, playing by your own rules, and making memories worth writing a song about.

“We’re honored to bring the spirit of Willie Nelson to a whole new, music-obsessed generation and to do so through the lens of Brixton’s Americana focus,” says Brixton CEO, Raphael Peck. “His undeniable impact on music and culture continues to be felt today.”

Produced in partnership with Bravado, The Willie Nelson Collection collaboration follows on the heels of past partnerships with Fender and Coors. It will be available at Brixton.com and in stores July 1, with prices ranging from $29 to $99.

The story of Brixton began with a hat. Started out of a garage in Oceanside, CA by a group of friends that drew inspiration from the music and culture that surrounded them, Brixton became a way to bring people together through music, culture, and the spirit of adventure. The brand’s approach centers around classic silhouettes reinterpreted to meet the needs of modern living. Their products derive inspiration from workwear through several generations – from mariners and aviators, to cowboys and laborers, and beyond. Simply put, Brixton’s apparel and headwear is inspired by the past, built to live in the present.

With a seven-decade career, Willie Nelson has earned every conceivable award as a musician and amassed reputable credentials as an author, actor, and activist. He continues to thrive as a relevant and progressive musical and cultural force. In recent years, he has delivered more than a dozen new albums, released a Top 10 New York Times’ bestsellers book, again headlined Farm Aid, an event he co-founded in 1985, been honored by the Library of Congress with their Gershwin Prize for Popular Song, received his 5th degree black belt in Gong Kwon Yu Sul, headlined the annual Luck Reunion food and music festival during SXSW, launched his cannabis companies Willie’s Reserve and Willie’s Remedy, and graced the covers of Rolling Stone and AARP The Magazine. In July 2020, Willie released his albumFirst Rose of Spring – an atmospheric soulful showcase of beautifully-written songs and poignant performances. September 2020 brought a memoir with his sister and pianist Bobbie Nelson titled, Me and Sister Bobbie: True Tales of The Family Band. For 2021, he released a new studio album in February —That’s Life, Willie’s second album of standards and classics made famous by Frank Sinatra (his first, 2018’s My Way, earned Willie the Grammy for Best Traditional Pop Solo Album). In June 2021, a collection of his thoughts on America, family, faith and music hits shelves as a new book titled Willie Nelson’s Letters to America. In November 2021, Nelson released the new studio album,The Willie Nelson Family, a collection of country gospel-flavored songs performed by Willie’s Family Band. In April 2022, he released another new studio album, A Beautiful Time, which includes a variety of newly-written future pop-country classics including five new Willie Nelson/Buddy Cannon compositions. These creative endeavors as well as new songs and performances that add to his classic catalog, find Willie Nelson rolling at an artistic peak, writing and singing and playing with the seasoned wit and wisdom that comes from the road.

Bravado is the leading global provider of consumer, lifestyle and branding services to recording artists and entertainment brands around the world. Part of Universal Music Group, the leader in music-based entertainment, Bravado represents artists in more than 40 countries and provides services including sales, licensing, branding, marketing and e-commerce. Their extensive global distribution network gives artists and brands the opportunity to create deeper connections with their fans through apparel, consumer packaged goods and unique experiences. For more information: http://www.bravado.com. 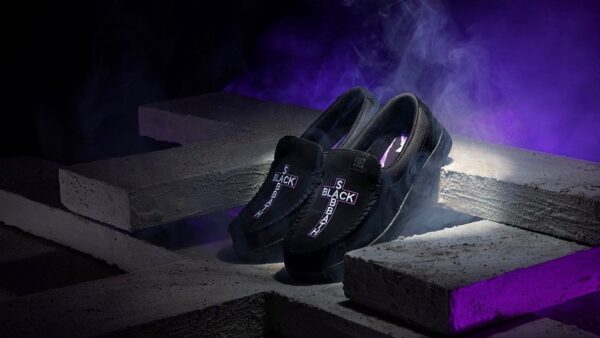 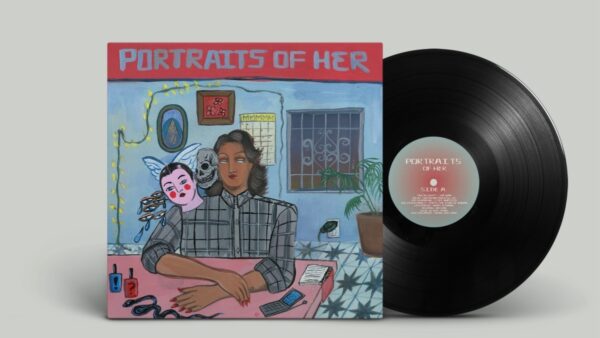 Portraits of Her will be available April 23. Courtesy of Vans

Vans and Record Store Day Release “Portraits of Her” Album 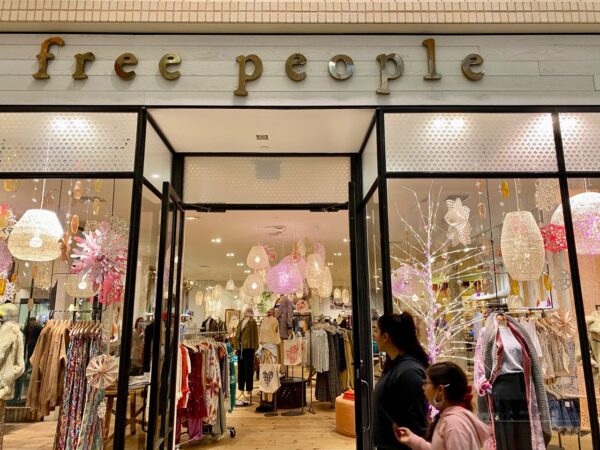