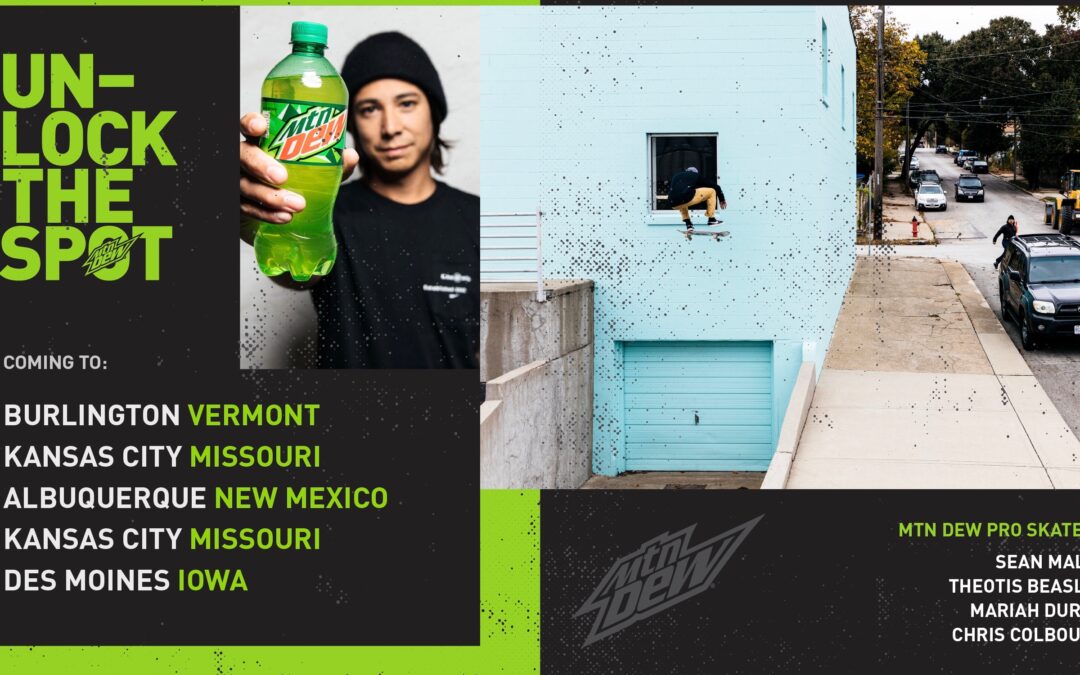 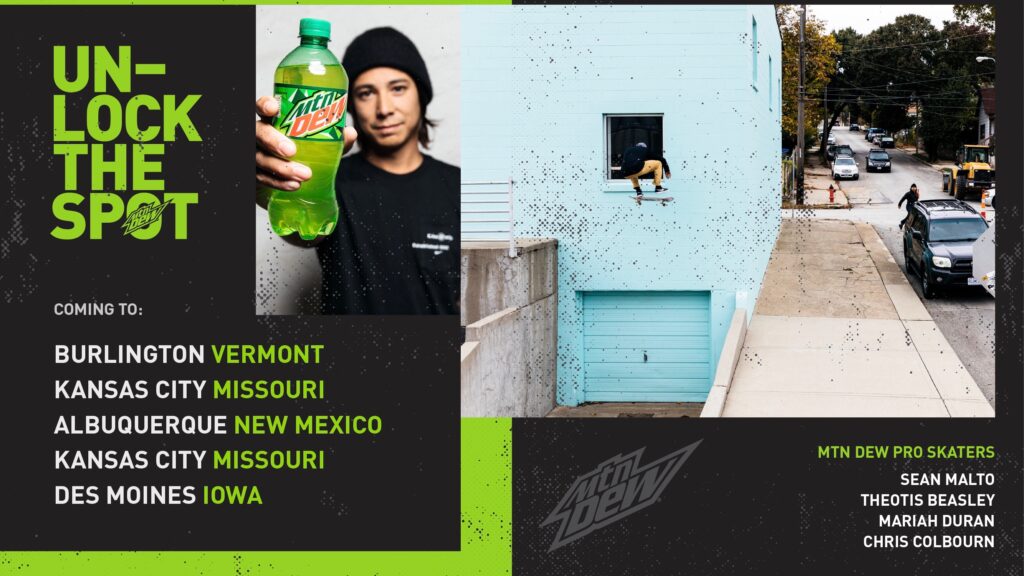 MTN DEW® and MTN DEW ZERO announce the launch of their newest action sports campaign, Skateboarding Is Unstoppable. Skateboarding exemplifies more than just the act of riding for the people who love it: it becomes part of their identity, fosters a sense of community, encourages resilience, and inspires creativity. The campaign celebrates and amplifies how far skateboarding has progressed – from a counter-culture fad to an Olympic sport that defines culture – ahead of the upcoming Summer Dew Tour at Lauridsen Skatepark in Des Moines, Iowa, July 29 and 30.

As part of the Skateboarding is Unstoppable campaign, MTN DEW professional street skaters,Sean Malto, Mariah Duran, Theotis Beasley, and Chris Colbourn, and popular content creators will take to the streets this July for a series of “Unlock the Spot” events located in athletes’ hometowns. Each event will give local skaters an opportunity to ride otherwise off-limits skate spots across the country. The tour will roll out in early July and end at the Summer Dew Tour in Des Moines, Iowa. Key locations will include:

“I love skateboarding, and I’m excited to be a part of Skateboarding is Unstoppable with MTN DEW,” comments Mariah Duran, MTN DEW pro skateboarder and Olympian. “Skating has taught me so much about embracing challenges, and just having gratitude for the journey and lessons. I’ll never stop learning new tricks and filming in the streets with my friends. It truly brings me joy, and I can’t wait to unlock an off-limits area in Albuquerque to skate with my childhood friends and the ever-growing skate community at home.”

The Unlock the Spot tour will conclude in Des Moines, Iowa at the highly anticipated Summer Dew Tour where the best skaters from across the globe will compete in street and park competitions at Lauridsen Park, the nation’s biggest skatepark. The two-day festival will be free and open to the public. The Skateboarding is Unstoppable campaign will also feature a full video edit highlighting the tour and real-life testimonials from riders across the country about what hypes them up to skate, whether it’s the thrill of nailing a new trick or being part of the movement that elevated skateboarding to the world’s biggest sports stage.

“We’re thrilled to launch this exciting new campaign to support skateboarding,” says Matthew Nielsten, senior director of marketing at MTN DEW. “Even though it’s now an Olympic sport, skateboarding is still banned in most public areas, and many prominent skate spots are off-limits. Skateboarding Is Unstoppable was designed to celebrate what makes the sport special to more than 9 million active skateboarders in the U.S. and find ways to make it more accessible.”

Stay tuned on DewTour.com and on social media for more information about #SkateboardingIsUnstoppable and the upcoming Unlock the Spot tour throughout the summer.

PepsiCo products are enjoyed by consumers more than one billion times a day in more than 200 countries and territories around the world. PepsiCo generated more than $79 billion in net revenue in 2021, driven by a complementary beverage and convenient foods portfolio that includes Lay’s, Doritos, Cheetos, Gatorade, Pepsi-Cola, Mountain Dew, Quaker, and SodaStream. PepsiCo’s product portfolio includes a wide range of enjoyable foods and beverages, including many iconic brands that generate more than $1 billion each in estimated annual retail sales.

Guiding PepsiCo is our vision to Be the Global Leader in Beverages and Convenient Foods by Winning with PepsiCo Positive (pep+). pep+ is our strategic end-to-end transformation that puts sustainability at the center of how we will create value and growth by operating within planetary boundaries and inspiring positive change for planet and people. For more information, visit  www.pepsico.com. 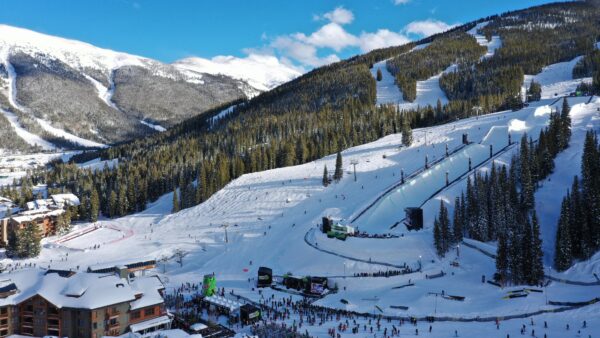