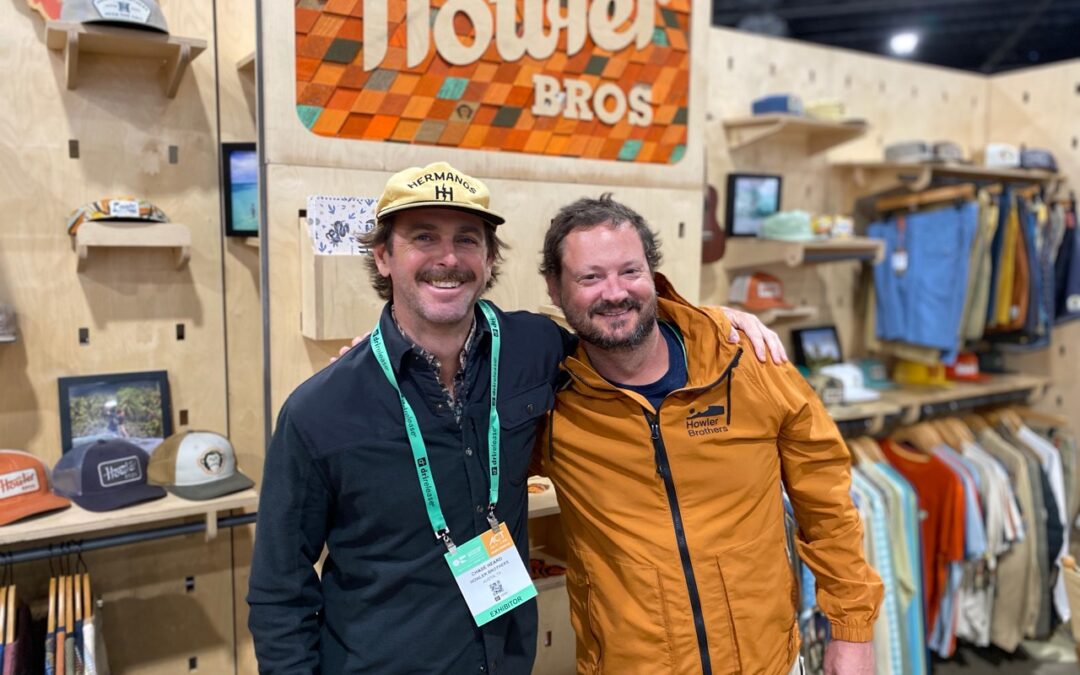 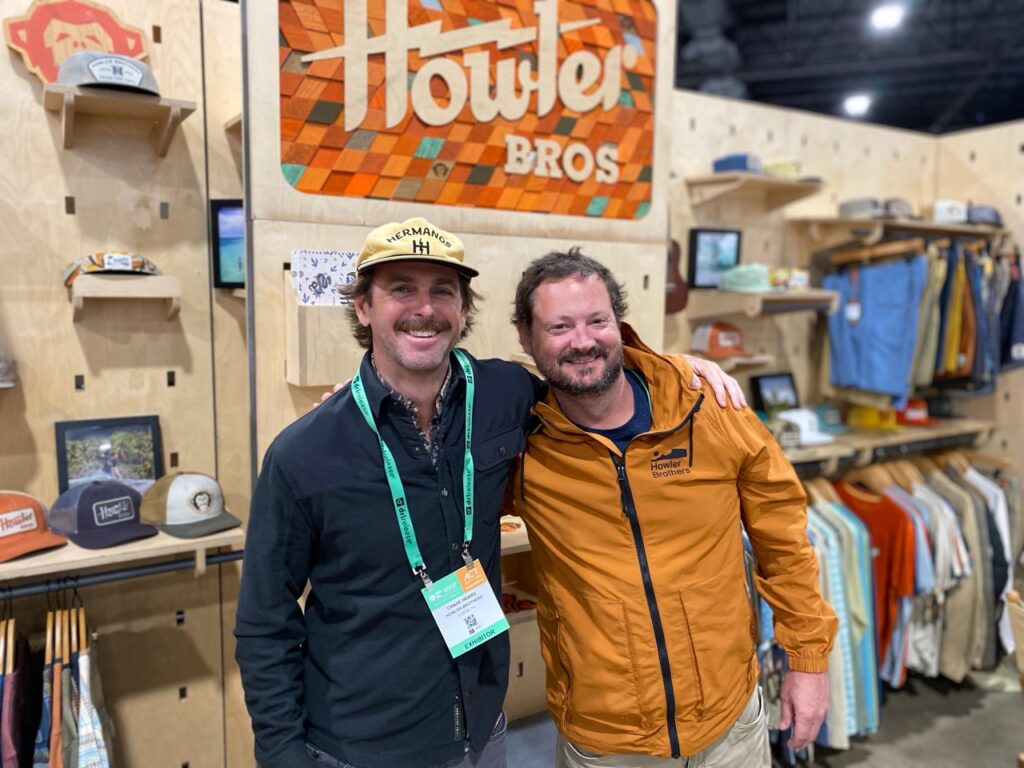 Outdoor Retailer Summer kicked off Thursday in Denver with a much more energetic atmosphere and business environment compared to shows during the pandemic.

We talked to a ton of people during the day and there was an interesting dichotomy: if you had attended or exhibited at shows during the pandemic, this show felt more like a return to pre-Covid times. There was energy in the aisles, retailers viewing lines in booths, crowded education sessions.

If this was the first show people had been to since the pandemic, they commented on the smaller show size compared to Before Times.

We saw lots of busy booths. At Roark, Drew Dolkas said the brand had appointments with retailers such as Urban Outfitters, Chopwood, Christy Sports, BC Surf & Sport, Danner, and others.

We ran into Kathleen Detreaux, owner of Poipu Surf in Kauai, at the Vissla booth. She had been writing lots of orders at the show.

“I’m going to leave too much paper here,” she said.

At the January show, we heard lots of frustration from brands that they had been inundated with service providers and media companies trying to sell them stuff.

Eric Carlson at Otis Eyewear said this time around, he is seeing a lot of media, but more for actual PR opportunities.

We did several brand interviews and will have stories to come from those talks over the next few weeks. See our slide show above for photos from the show floor on Day 1. 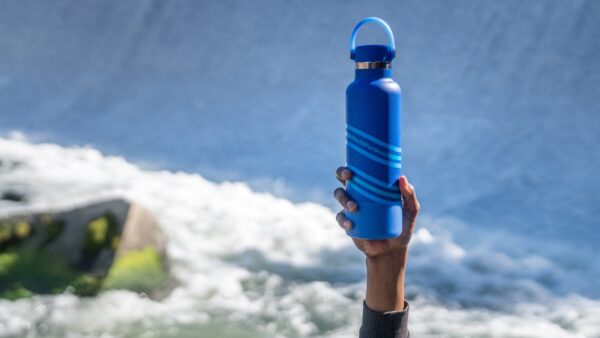