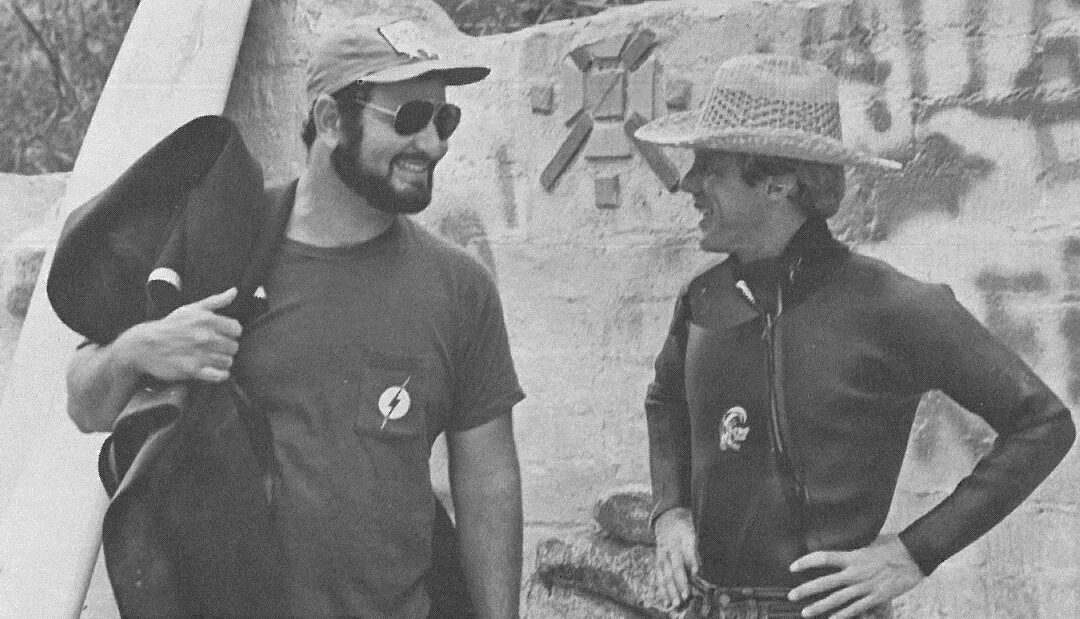 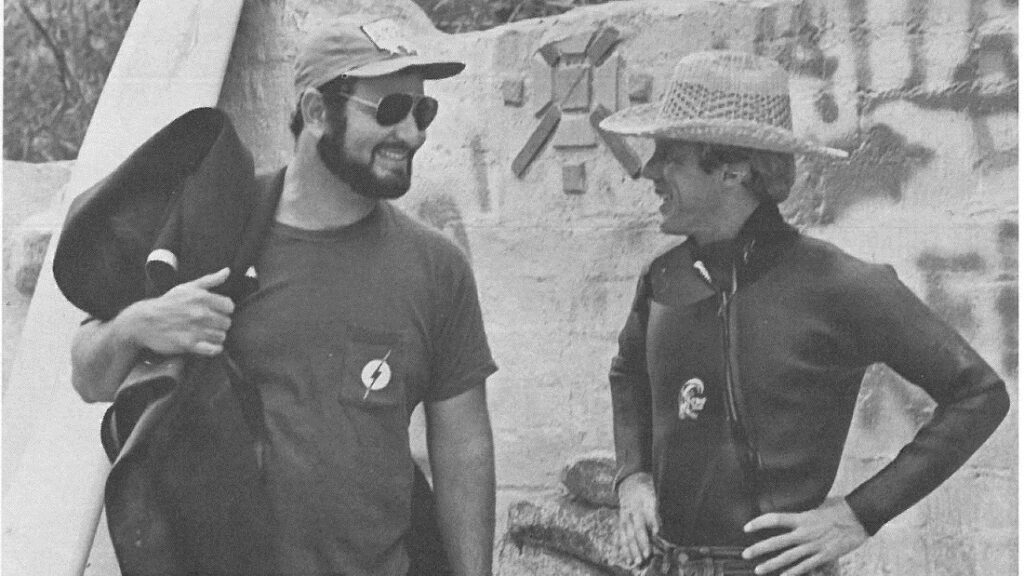 Authors John Milius and Denny Aaberg, on the set at Point Conception, during the filming of Big Wednesday, summer 1977. Courtesy of Denny Aaberg
Sponsor

Denny Aaberg is a lifelong Malibu surfer, who began riding waves there in the late 1950s. Denny co-wrote the movie with John Milius – which starred Gary Busey, Jan Michael Vincent and Michael Katz as three 1960s hotdoggers feeling a bit lost and left out in the 1970s. Torn asunder by adulthood, Vietnam, responsibilities, age, alcoholism and other whirlwinds, the three friends come together for a giant day of surf at Malibu = Big Wednesday.

John Milius has always said Big Wednesday was big in Italy, but it was not a success when it came out. But Big Wednesday has aged like wine and is now considered a classic, with great surfing by Gerry Lopez, Ian Cairns, Peter Townend, Jay Riddle and a dozen others.

On July 9, Denny Aaberg will be at the Marshall Brothers Surf Shop. There will be music by The Wrinkled Teenagers, and an in-shop exhibit of Big Wednesday memorabilia, with photos taken on the set in 1977.  Also featured will be rare Malibu surfing photos, which laid the foundation for the writing of Big Wednesday.

Denny Aaberg will be there with other Malibu legends to talk story about the book, the movie, whatever you want: “The event is to celebrate the roots of Big Wednesday,” Denny Aaberg said. “which started as a novel in 1970, and was based entirely on early Malibu and the great surfers John and I admired.  There won’t be much about the making of the movie or the actors, but rather Malibu surfing history.” 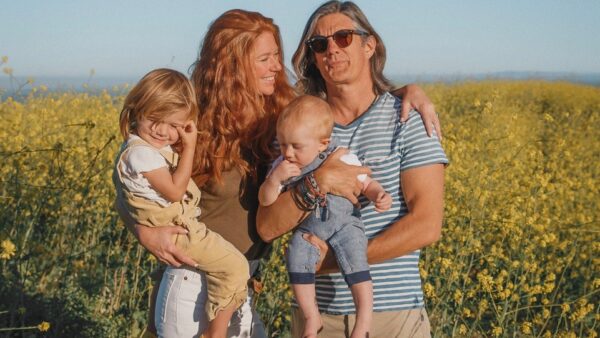 John Kozlowski and his wife Erica with their kids. Courtesy of SeaNSoul