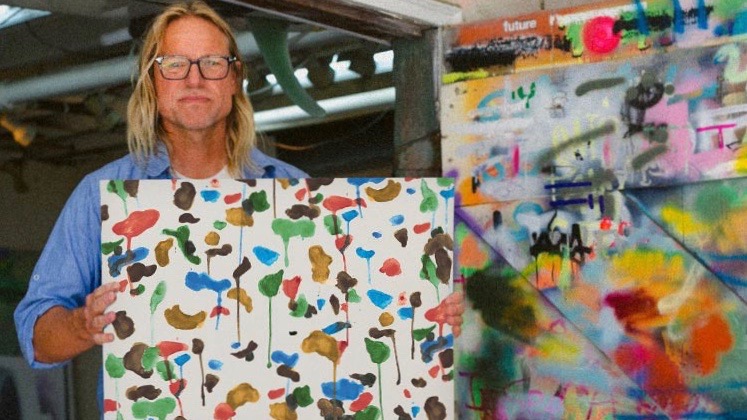 The most recent Blank Canvas capsule is designed by Natas Kaupas. Courtesy of Quiksilver
Sponsor

Quiksilver has officially released the next boardshort in their artist-designed boardshort collection, Blank Canvas, where global creators are invited to put a unique twist on the brand’s iconic Original Arch boardshort. The most recent Blank Canvas capsule, and the second in the Blank Canvas initiative, is designed by Santa Monica, California’s Natas Kaupas, who is commonly referred to as the first true professional street skateboarder. Infusing Quiksilver styles with his creativity, Kaupas hand-painted and designed the collection from aesthetics to technical function. In addition to multiple boardshorts designed with Kaupas’ original artwork, the capsule also includes a long-sleeve, short-sleeve, T-shirt and tote bag. Blending street style with natural colorways and organic shapes, this newly released capsule is the perfect combination of Kaupas’ skateboard legacy and Quiksilver’s vintage roots.

Natas Kaupas grew up in South Santa Monica, in the area known as Dogtown, and was immersed in the surf/skate scene during Quiksilver’s peak in the fashion world throughout the 1980s. A natural artist, Kaupas’ talents began with a skateboard brand under his name that became known for its iconic graphics. He has also held multiple creative roles in the industry, including a stint at Quiksilver as a creative director. As a talented creative with a strong connection to action sports, Kaupas was a natural fit for the second Blank Canvas initiative.

“I have two young kids, and everything I own has extra pockets or places to put things. One pocket will keep all the dangerous things I’m trying to keep away from them, and the other pocket will have all the things they bring to me — usually seashells or skeleton bits. So I was kinda riffing on that idea,” says Kaupas of his reimagined Original Arch boardshort. Complete with a waistband bungee for an adjustable fit, an adjustable side-arch bungee storage system and a packable bag, the Kaupas Original Arch boardshort has been designed with functionality in mind.

Products in the Natas Kaupas Blank Canvas Collection range from US$40 to US$66 and are available to purchase via quiksilver.com.

Quiksilver is an emblematic boardsports brand of Boardriders, Inc., founded by a group of surfing enthusiasts in Australia in 1969. True to a unique lifestyle, Quiksilver holds passion, authenticity and innovation to be fundamental values. The brand’s identity is represented by its logo, a mountain inside a wave, symbolizing its attachment to boardsports and their playgrounds: the sea and the slopes. Quiksilver products cover the whole range of sportswear, accessories and boardsports gear. Quiksilver is also intimately associated with the very best athletes and the biggest events in the history of boardsports. quiksilver.com 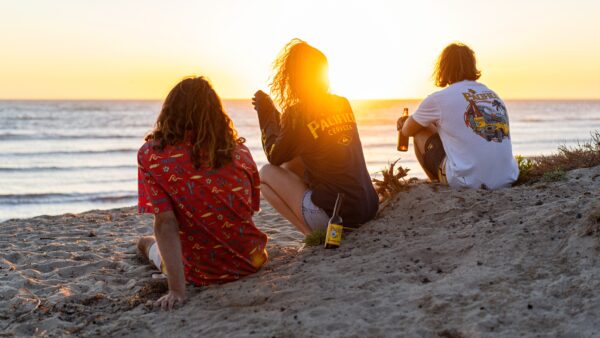 The collection includes sustainably made tees and wovens, boardshorts, hats, flip-flops, a beach towel and a tote bag. Courtesy of Quiksilver

Quiksilver and Pacifico Collaborate on a New Collection