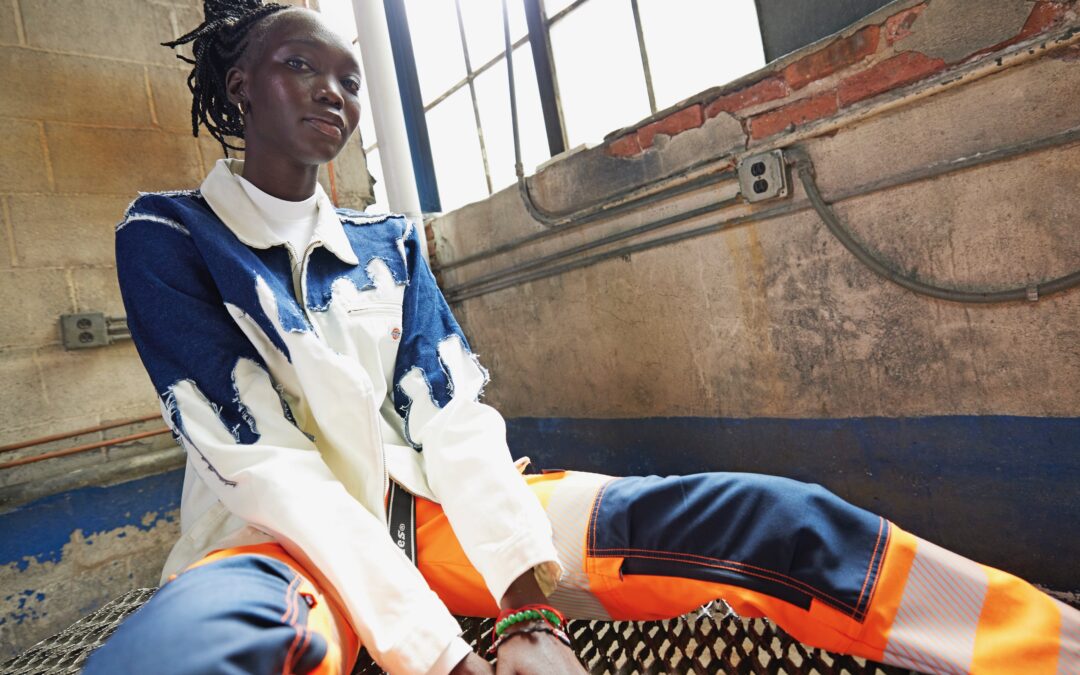 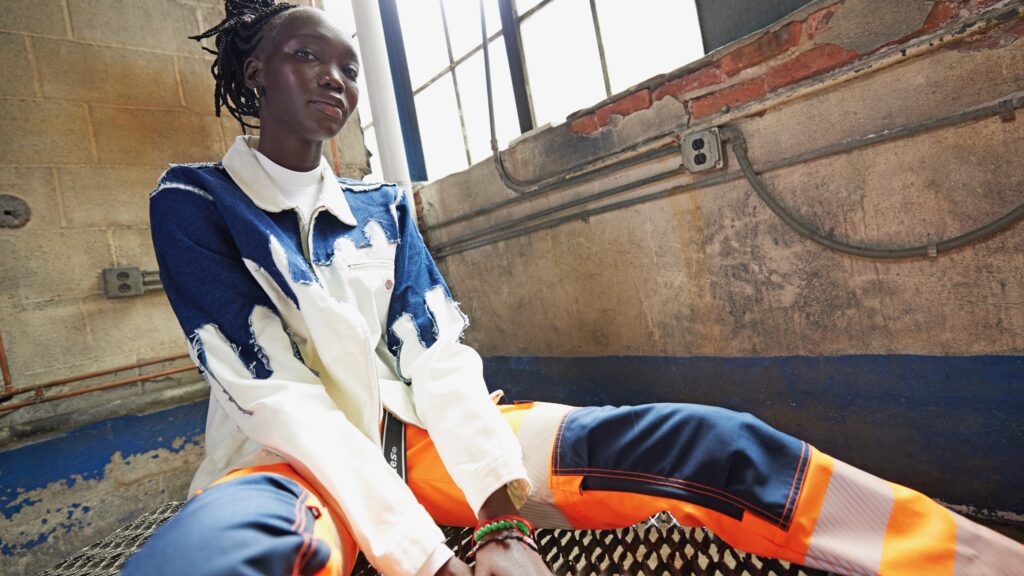 There are a limited amount of each piece, and they will not be recreated once sold out. Courtesy of Dickies

Dickies, one of the world’s leading workwear brands, is thrilled to announce the launch of Dickies Blank Canvas, a multi-phased initiative that will allow consumers to purchase limited edition icons that have been reimagined by a curated group of nine independent makers around the world in phase one and ultimately give consumers the opportunity to personalize and customize Dickies icons to make it uniquely their own, beginning in 2023. Launching today and each Tuesday through December 13th, consumers will get to know nine global makers that have each reimagined an iconic Dickies’ product such as the Eisenhower Jacket, 874® Work Pants, Overall, and Work Shirt in their own artistic medium to create an exclusive international capsule collection.

Rooted in authenticity and the fearless pursuit of forging your own path, Dickies aims to bring out the maker that lives inside all of us. Dickies Blank Canvas is the flagship program in the evolution of the 100-year-old apparel brand’s commitment to the independent maker, which will catapult Dickies into the future and support the creative community for generations to come. This platform will share the stories of independent makers who have been using Dickies as a ‘Blank Canvas’ for their imaginative designs and self-expression.

“Dickies is honored to shine a light on these nine individuals who created one-of-a-kind pieces of wearable art that salutes the heritage of Dickies while embracing the future of innovative and sustainable designs,” said Sarah Crockett, Global Chief Marketing Officer at Dickies. “Taking inspiration from our traditional workwear silhouettes, these makers infused their passion and creativity into every stitch of this collection, and we are proud to introduce a platform that will celebrate the maker in all of us for the next 100 years.”

Consumers can add these exclusive never-before-seen pieces to their closet by heading over to Dickies.com/dickies-blank-canvas every Tuesday at 11 am EST. Price ranges from $70-$300 USD. There are a limited amount of each piece, and they will not be recreated once sold out.

Introducing the makers behind the DIY designs:

Based in a small town outside of Charlotte, Andrew Burgess didn’t come from an area with a big fashion scene. Driven by passion and limited by resources, he drew inspiration from thrift stores and began upcycling secondhand items. Now Andrew shares his wild patterns and innovative patchwork designs with his Tik Tok followers. Andrew’s 874® Work Pants will drop on 10/18.

Making things has always made Amber Griffiths happy. But ever since she started stitching as a costume design student, she’s also used her designs to explore how beautiful and weird the human body can be. Now with a social media cult following, Amber shares her unique perspective on anatomy through a creative lens of embroidery. Amber’s Eisenhower Jacket will drop on 10/25.

Raised by hippies, Kayla grew up in the music festival scene, where beautiful, bright colors constantly surrounded her. She started her family-run, art-based business when she was just 16 years old, focusing on work inspired by nature. Rocks, forests, the elements around her—she builds that color palette into each of her elevated tie-dyed pieces. Kayla’s Women’s Overalls will drop on 11/1.

Long before he painted a piece of clothing, Nii-Armah used concrete as his canvas. As a graffiti and street artist at 12 years old, he began a passion for making what would eventually become a profession. Known for his rhythmic designs, Nii-Armah believes in letting his creativity flow while painting. Nii-Armah’s Eisenhower Jacket will drop on 11/8.

Peder Cho had been living as an accountant for years when he decided to follow his passion for sewing and leave the nine-to-five life behind. What started with altering his suits in his dad’s tailor shop eventually led to a move to LA where he’s built a reputable business out of repurposing old products into modern and functional pieces with streetwear vibe. Peder’s Overall Vest will drop on 11/15.

As far back as she can remember, Corky has been a “collector of hobbies.” For her, being a maker is an escape from the real world. But it’s also her portal back to it. She relies on geode tie dye art to help her interact with others meaningfully and attributes being a mother to developing her skill and creativity. Corky’s Women’s Work Shirt will drop on 11/22.

The JOEGUSH brand began when Haeng-Won Choi designed the wardrobe for a friend’s music video back in his 20s. Since then, Haeng-Won Choi built a business around his rock and roll aesthetic, focusing on vintage remakes inspired by music, architecture, nature, and the world around him. Haeng-Won Choi Eisenhower Jacket will drop on 11/29.

After years of dreaming about making his clothes, Robin finally began sewing during the first lockdown in 2020. Initially fashioning garments out of bedsheets, he evolved his upcycle approach to other fabrics once social media took notice of his unique style and unfiltered personality. Robin’s Eisenhower Jacket will drop on 12/6.

The limited Dickies Blank Canvas products will launch every Tuesday at 11 am EST and will be available for purchase internationally: 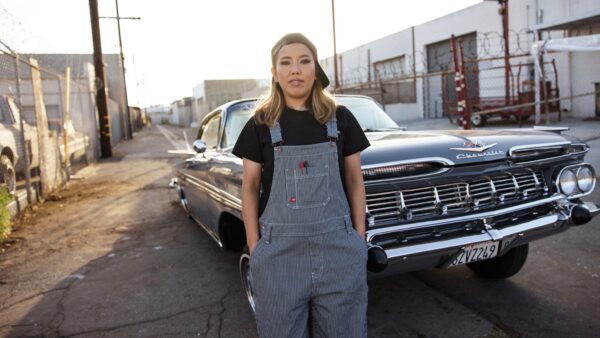 Dickies Launches Its Multi-Generational Campaign, Made in Dickies: Generations 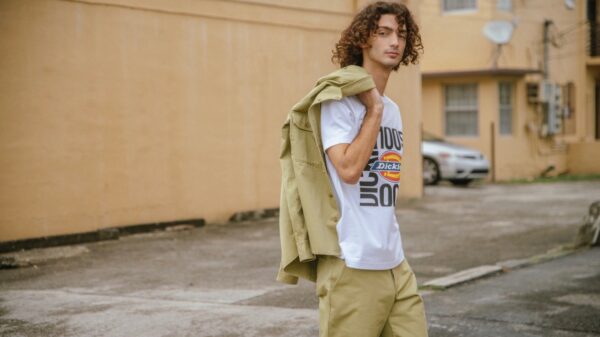 For a century, the Dickies brand has been worn around the world by ordinary people making extraordinary things. Courtesy of Dickies

Dickies Celebrates 100th Anniversary with Made in Dickies Campaign 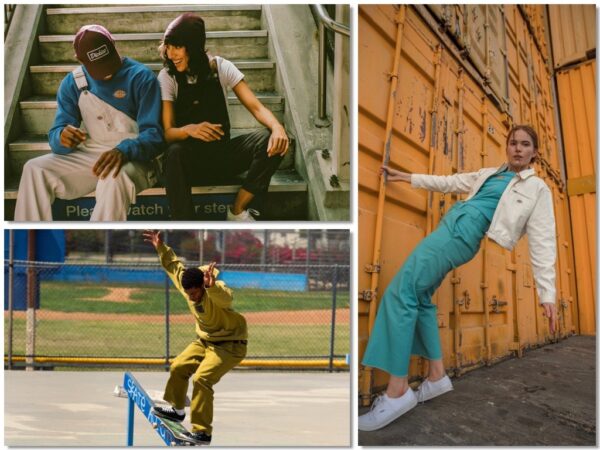