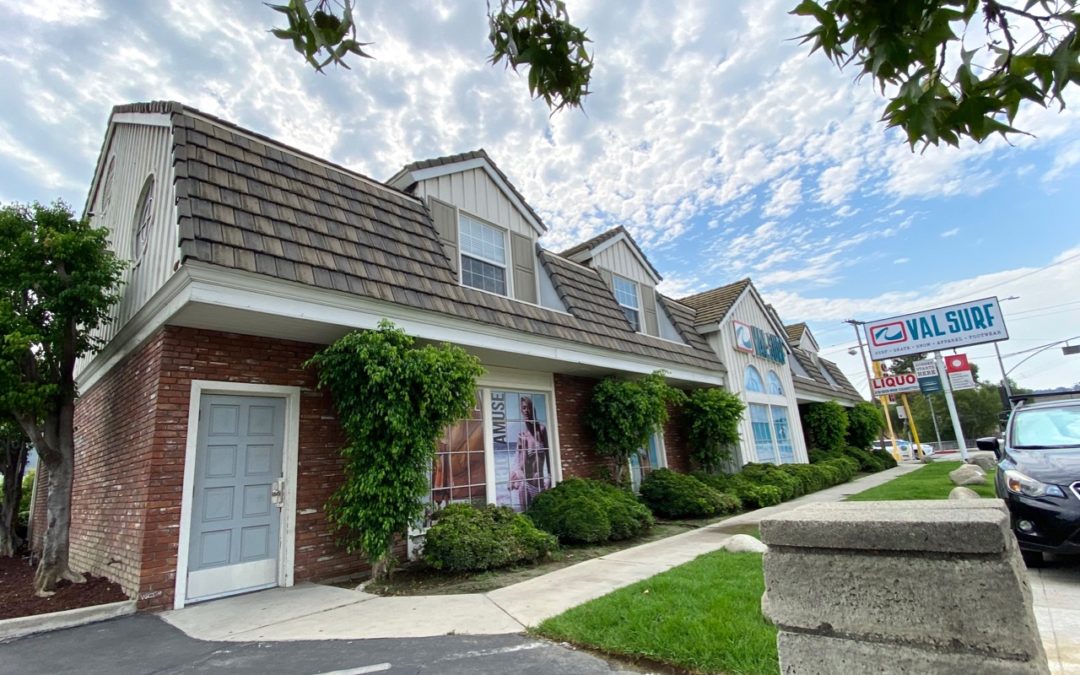 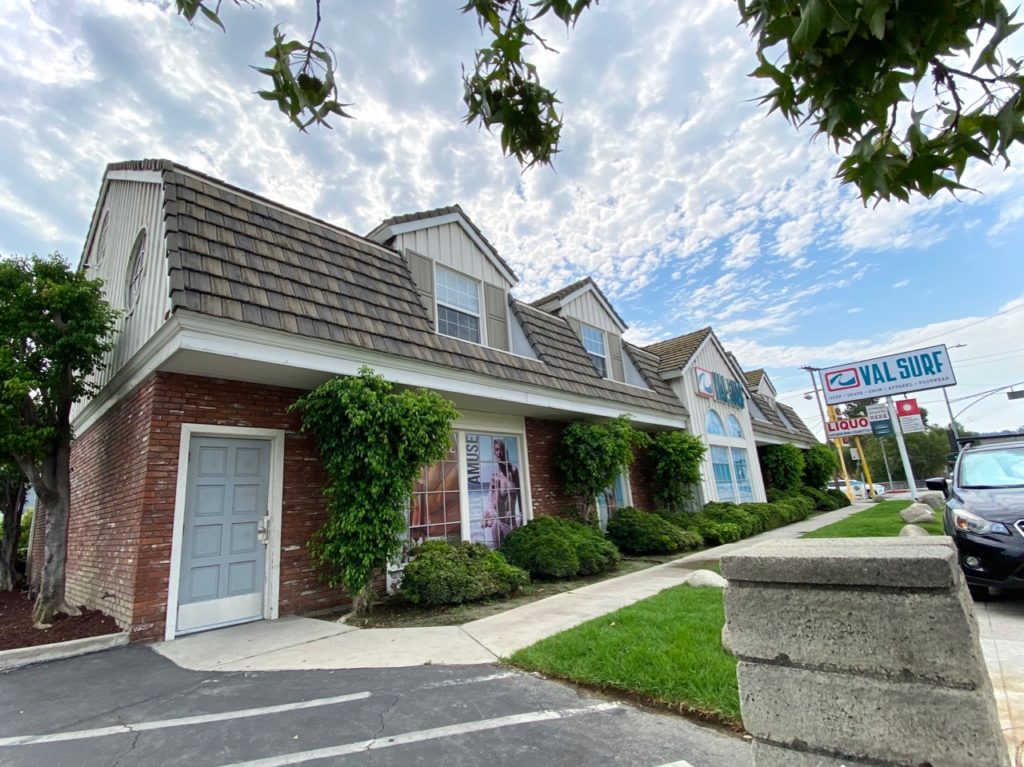 We are checking in with industry retailers around the country to see how they are faring during the pandemic.

Today, we talked with Mark Richards, the co-owner of Val Surf, which has four stores in the Los Angeles region.

We asked him how Val Surf is faring, what they are seeing in stores, if they have adjusted orders for holiday and the snow season, and what brand has come through for Val Surf at this crazy time.

How did you guys survive the lockdowns? Did you make any adjustments to the business model?

Mark Richards: Well, needless to say, we survived!  After 58 years in this business, we have never witnessed anything like this.

Coming off a solid holiday season, we transitioned directly into two months of no snow during a time when we typically rely on those months for a continuing winter business.  Then, adding insult to injury, once our doors were closed because of the lockdown, the snow started falling again and we were unable to capitalize on it.

During the lockdown we were dealing with employee, vendor and landlord decisions, keeping online running, preparing the stores for sanitizing/distancing for the ultimate reopening, and then setting up curbside service, which was a whole new sales method for us.

Are you investing more in the online business? How has that been performing?

Mark Richards: Yes, we are investing more in our online business because the lockdown created even more awareness of valsurf.com and the momentum has continued after our store re-openings.  Val Surf private label has never been stronger, which makes our online presence that much more important. We are also very fortunate because vendors that are very careful about who they let sell their products online have included us in that selective group.

What have you been seeing since stores reopened? Are shoppers coming back?

Mark Richards: We really didn’t know what to expect once we were given the go ahead to open the doors.  Our Thousand Oaks store is in Ventura County so that location opened about a week prior to our three L.A. stores.

My son, Blake, is our manager there and he wanted to work the first day alone to test the waters and see what level of business and traffic we would experience.  It didn’t take long to realize that there was an overwhelming pent up demand for our products and service.

It was also great to continually hear from customers about how much they appreciated that we were back in operation.  We were aware of the stimulus money but really hadn’t anticipated how much of an impact that would have on the surge in sales.

What have been the strongest categories?

Mark Richards: Without a doubt, surf and skate hardgoods are far and away the strongest categories.  All of skate is solid including components and completes. With surf, it’s wetsuits, soft surfboards and body boards.  In addition to our customers having that extra cash burning in their pockets, there was the draw of the local beach and skating versus the alternative of traveling and using those dollars elsewhere.  Even products such as car racks, beach chairs, sun block and other beach items flew off the shelves.

Do you have the inventory you need in those categories?

Mark Richards: Finding inventory has been quite the challenge.  Even though we went into this pandemic with prebooks scheduled through the spring and summer, we immediately realized that many vendors had gone into a panic when this hit and cut back and/or cancelled many of their orders with their manufacturers.  Once the demand hit, it was too late to gear up production as rapidly as needed to fill the pipeline.

I’m still actively overseeing almost all of our surf buying, which has turned into a seven days a week/eight hours a day search for product with existing and new vendors.  As one of our wetsuit reps said to us: “I don’t believe there is a youth spring suit available on the planet.”

Just how crazy has the whole skate situation been?

Mark Richards: At times our skate walls were virtually bare or components such as wheels could not be found.  Skate has also always been a relatively consistent part of our business for many reasons.  We were the very first skate shop and that, together with skating not being as weather and economy driven as much as other categories, has always contributed to skate being consistently solid for Val Surf.

The craziness and frenzy surrounding skate along with surf has been over the top.

What have been the weakest categories?

Mark Richards: Apparel, other than our own private label, has not kept the same pace as hardgoods.  Going into the lockdown there were plenty of issues already affecting the demand and that carried through after opening.  That’s not to say that we haven’t had a lot of activity and sales, but it has just not registered at the same level as hardgoods given the amount of traffic that we have experienced in all of our stores.

Is there one brand or rep that has really gone the extra mile for Val Surf during this time?

Mark Richards: Picking out a rep and company that has gone the extra mile for us is an easy question to answer.

Lee Westfall and O’Neill Wetsuits are in a league all of their own and have always been there for us.  Lee is consistently at our stores taking counts, overseeing special orders, dealing with the few mishaps that may surface, and making sure our employees are up to speed with the product.  I didn’t think it was possible that he could step it up even more, but he did just that during these crazy times.

How did you buy for fall and holiday on the surf and skate side? Did you reduce orders compared to last year?

Mark Richards: Prior to all of this, we had already prebooked products that are typically in demand and short supply.  We had also restructured our apparel buy considerably to reduce our commitment to the vendors that require us to make decisions 10 months ahead of delivery.

We have also reduced the number of apparel suppliers and have entered into some very creative programs with a few of them going forward.  Plus, we want to free up funding to invest more in our rapidly growing Val Surf brand which is in high demand. We can also better control the direction of our own brand, which is very important.

How do you think the snow season will unfold? Did you adjust your orders?

Mark Richards: Snow orders for the 2020/21 season were placed months before the March lockdown.  Naturally, when coming out of this shutdown that was a topic of discussion about whether to adjust and/or cancel.  We did a little of that, but for the most part, we left orders alone because we already keep our orders tight. We also feel that there could be some pent up demand in snow  because the season last year was cut short and people couldn’t enjoy all that snow that dumped late.

Do you envision keeping all four stores open in the future or would you like to shrink your footprint?

Mark Richards: Ahh … that ongoing question.  Val Surf has always been where the inland/valley shops and therefore we have expanded and adjusted accordingly in the territory as the times and communities changed.

We know that fewer locations would be easier to manage and very likely more profitable by lowering our overhead.  However, nothing has changed and there are no imminent plans other than investing much more of our efforts towards valsurf.com given the growth that we are experiencing.

What has been the biggest surprise in this whole situation?

Mark Richards: Although we were expecting some level of an initial surge in business when we reopened, we had no inkling it would be to this magnitude.  Obviously, neither did the industry including most vendors and probably retailers, too.

However, even with the impressive sales, we still have a ways to go to make up for those 2 1/2 months that we were closed.