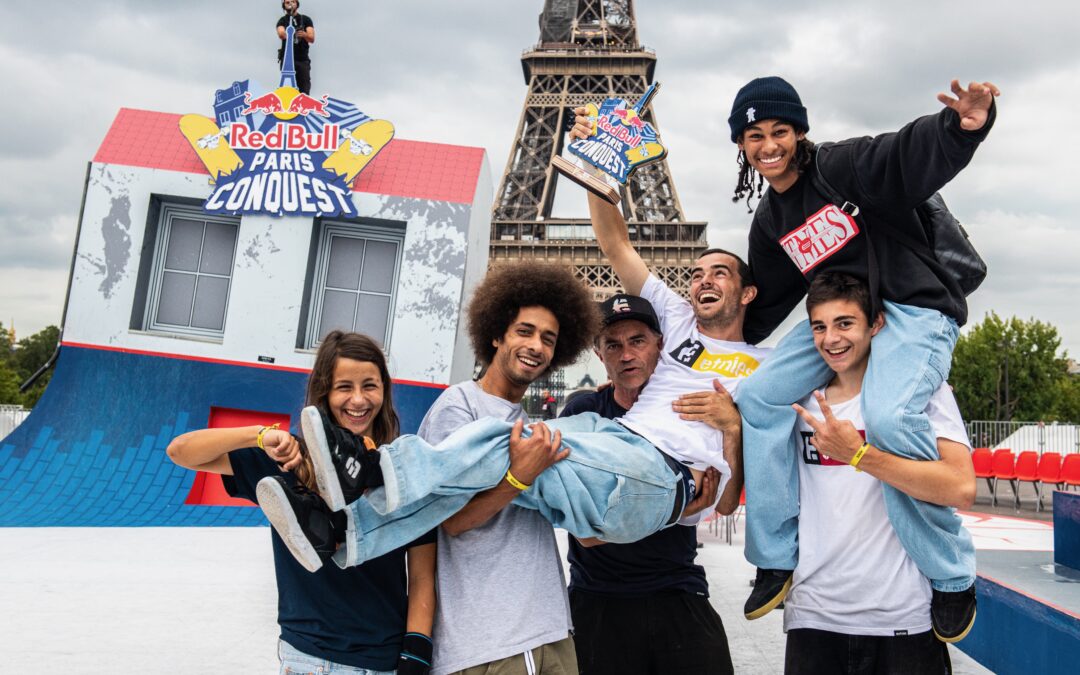 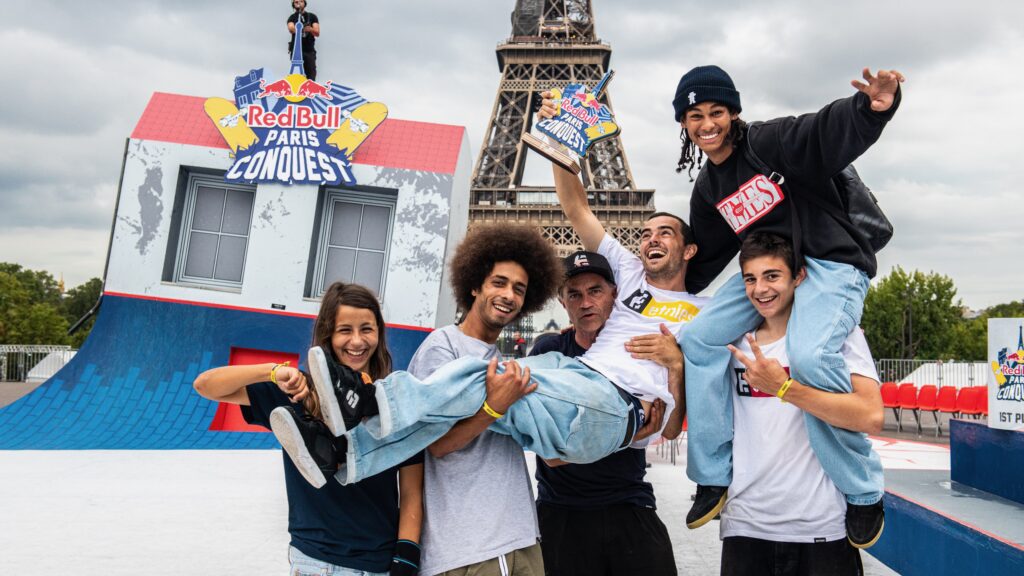 The contest happened at etnies birthplace in front of a packed crowd with the Eiffel Tower in the background. Photo Credit: Pierre-Antoine Lalaude/ @pal_photo

Today, etnies Team Rider Trevor McClung emerged from the Red Bull Paris Conquest super final with Aurelien Giraud, TJ Rogers and Vincent Milou as the winner.  This contest happened at etnies birthplace in front of a packed crowd with the Eiffel Tower in the background, and the energy was electric!  For anybody that missed it, the Red Bull TV webcast is available here: https://www.redbull.com/int-en/live/red-bull-paris-conquest-2021

Trevor’s known as a street skater that rarely skates contests.  This worked to his advantage, and he appeared comfortable on the iconic Parisian street spots recreated for the contest.  Trevor’s skating on the big Bercy 5 block during the final looked more like a video part than a contest run.   He started off with a smooth switch back 180, and then stepped it up with a switch back 360, all first try!

Full circle!  etnies owner and CEO Pierre-Andre grew up skateboarding right here by the Eiffel Tower, and more than three decades later he is back presenting the 1st place trophy to etnies Team Rider Trevor McClung.

This week in Paris was a homecoming for etnies and a celebration of the brand’s 35-year anniversary.  Skate team riders Trevor McClung, Nassim Lachhab, Noah Francisco, Rafaela Costa, Carl Bourguignon were joined by Pierre-Andre Senizergues and etnies employees to skate the streets before the contest kicked off last weekend.  etnies put up skate obstacles by their tent at the contest for everyone to skate, and a session was going on there with kids throughout Red Bull Paris Conquest. 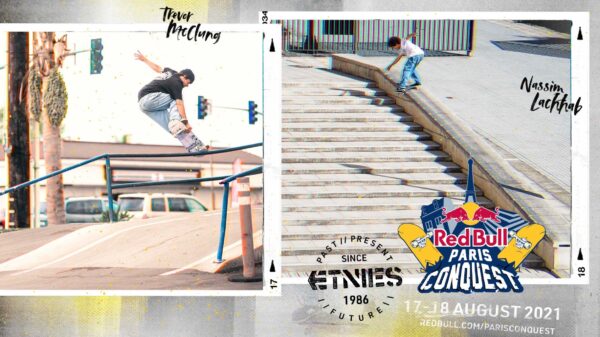