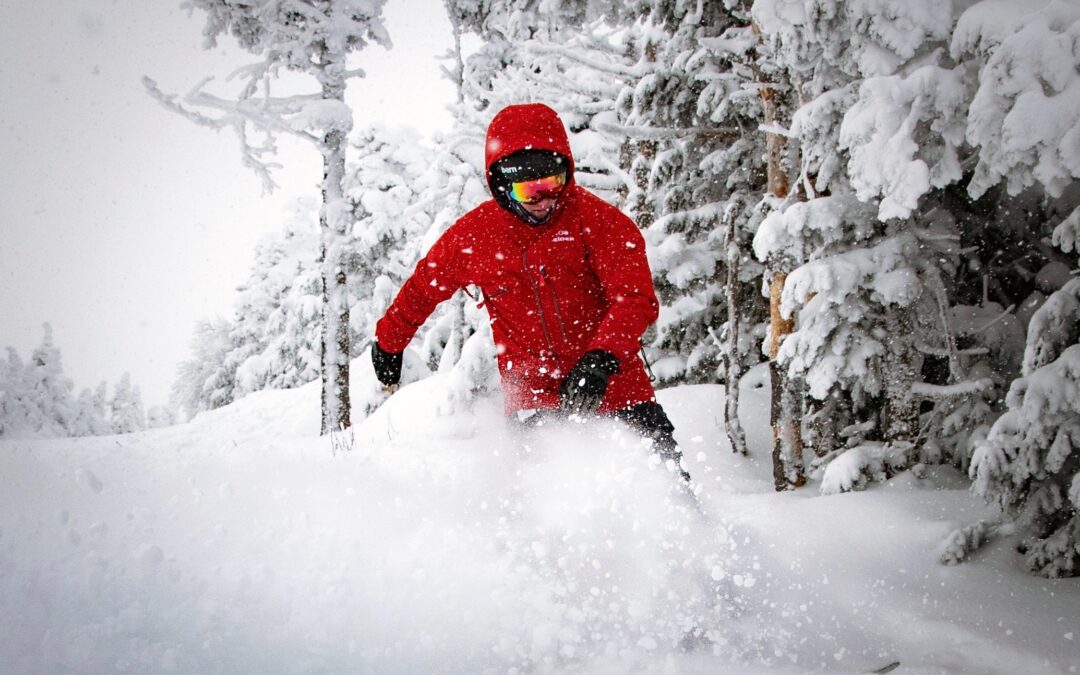 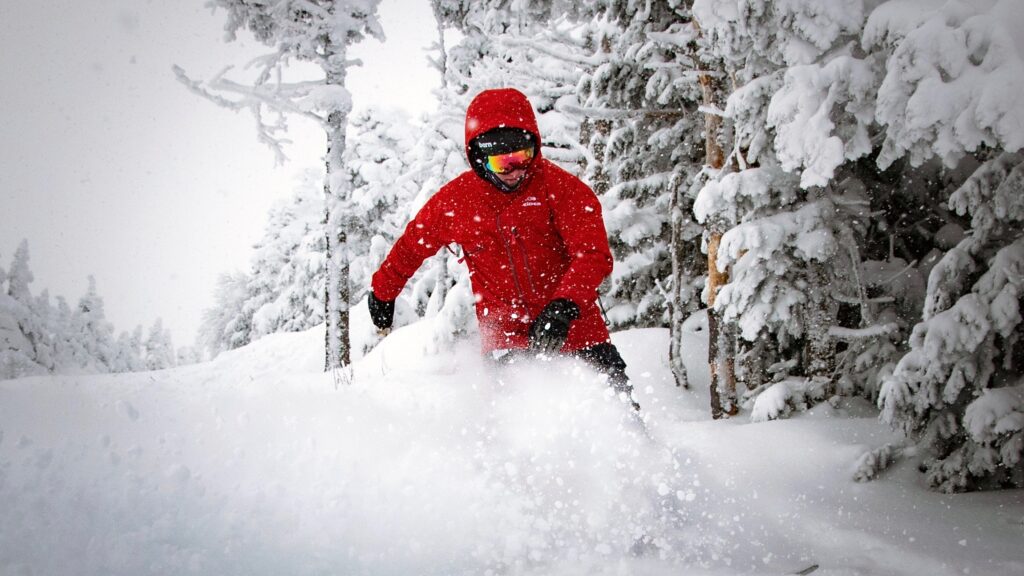 Greg Keeler, director of sales and marketing at Cannon Mountain, wearing his Macon 2.0 Courtesy of Bern

Bern Helmets, known internationally for its proprietary street-inspired helmets for the slopes, biking, skateboarding, water sports, and commuting, today announced the expansion of its partnership roster for 2022 adding the New Hampshire series of the USA Snowboard & FreeSki Association (USASA). In addition, Bern is starting its program with New Hampshire’s Cannon Mountain, serving as the official helmet sponsor for the resort.

“We’ve been working to expand our list of partners introducing Bern to more consumers and to increase our visibility with experiential events,” says Bern Creative Services and Marketing Manager Adrien Mercier. “Our partnership with USASA New Hampshire is a great way to increase Bern’s engagement at a grassroots level. It’s a fun opportunity to become more involved with the next generation of snow athletes.”

Specifically for the USASA, Bern will provide fourteen helmets to be used as prizes at this season’s events across six disciplines including slopestyle, half pipe, rail jam, slalom, boardercross and skiercross at four New Hampshire resorts (Gunstock, Loon Mountain, Ragged Mountain, and Waterville Valley).

The first event was a Rail Jam Contest at Ragged Mountain in Danbury December 4th. The full schedule of competitive events runs through March 2022, ending with the Slalom and Giant Slalom at Waterville Valley Resort on March 13.

“Our commitment of encouraging athletes to get outside for safe, fun days on the snow perfectly aligns with Bern’s mission,” said Josh Nicolaisen, NH Series Director. “Everyone knows Bern’s helmets have a pretty sweet look featuring the best performance technology and style ideal for today’s snowsport enthusiasts.”

“We couldn’t think of a better helmet partner,” said Greg Keeler, Director of Sales and Marketing for Cannon Mountain and Franconia Notch State Park. “We love joining forces with a well-established New England brand with a personality that matches our guests.”

Cannon Mountain’s rich 80-year history began with the 1938 construction of North America’s first aerial tramway, which helped paved the way for the skiing industry and tourism in New Hampshire. Nearly 6.6 million visitors rode the tram until it was replaced by a new tramway in 1980. Over the years, the legendary mountain would continue to improve its grooming fleet and bring on state-of-the-art snowmaking equipment that now produces twice as much snow with increased efficiency to become one of the state’s premier ski areas. Cannon boasts the highest ski area summit (4,080 feet) and the steepest vertical drop (2,180 feet) in New Hampshire.

The United States of America Snowboard and Freeski Association (USASA) is a California based non-profit organization that is represented by 32 regional series across the USA. The USASA is made up of over 5,000 athlete members and 600+ coaches and officials. The total membership including parents and supporters exceeds 10,000 members.

The USASA hosts 500+ Snowboard and Freeski events annually at approximately 120 ski resorts in the U.S. The USASA National Championships are held annually at Copper Mountain, Colorado and span twelve days with over 1,800 participants. The USASA National Championship is the largest snowboard and freeskiing event in the world and has been held consistently by the USASA for 29 years. The USASA is the first step in the Olympic pipeline for snowboarding and freeskiing.

Located in Plymouth, Mass Bern, privately held, designs stylish, innovative, and purpose-built helmets that appeal to action sport devotees looking for something a little out of the ordinary. Being the original all-season helmet brand, the Bern team is passionate about being active, and having fun. Bern strives to make high-quality products that speak to kids, commuters, casual riders, and dedicated athletes. Bern recognizes the fact that today, consumers are searching for alternative modes of transportation and is 100% committed to developing a durable, versatile performance product that excels in the micromobility category. Working with both in-house designers and respected experts in the field, Bern expects to introduce a helmet for micro mobility in 2022. Bern is a core group of enthusiasts who built a lid company that delivers the best value, style, and performance with an experience that will help riders Stay Out There and get the most out of doing the things they love.

Bern originally invented “The Famous Bern Baker” designed by veteran Jonathan Baker and worn by Seth Wescott, winning gold in the snowboard cross in the 2006 Torino Olympics, introducing the “stealth Brim style” to the world. Today, Bern is building upon its 15-year legacy of pioneering the low-profile, street-inspired gear that sets the tone for style, comfort, and safety on the streets, park, trails, slopes, and on the water. 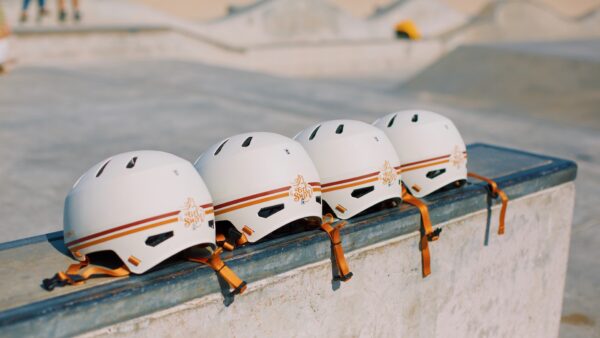 GRLSWIRL will use the Bern Macon 2.0 helmet. Courtesy of Bern 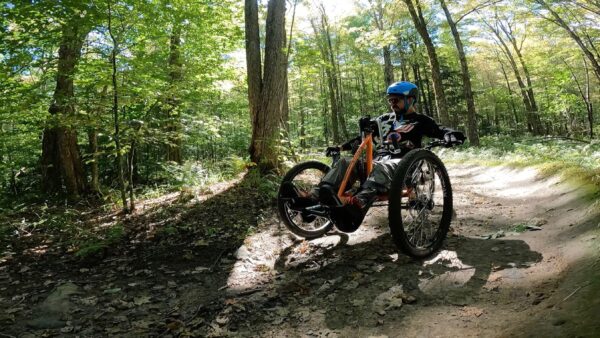 Vermont Adaptive Ski and Sports is a nationally recognized organization that empowers people of all abilities through inclusive sports and recreational programming. Courtesy of Bern 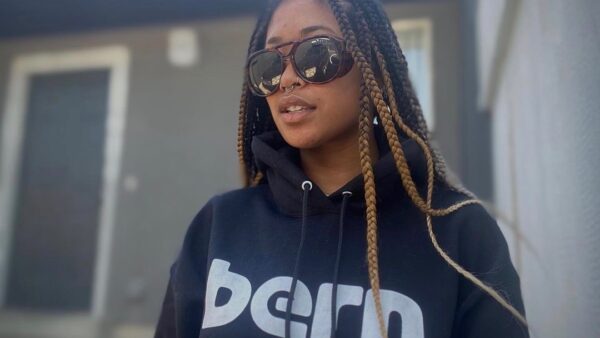