Salt Life®, the performance and lifestyle brand for saltwater pursuits of all kinds, is excited to announce its sponsorship of the Sport Fishing Championship (SFC), a premier offshore fishing series, consisting of twelve points-based tournaments, culminating in one grand champion angling team. As the tournament’s premium lifestyle and performance apparel partner, Salt Life will be outfitting in-studio talent as well as on-site staff and featured anglers.

“Salt Life was born out of a love for the water. We couldn’t be happier to kick off our partnership with the Sport Fishing Championship as the tournament’s exclusive lifestyle and performance apparel sponsor,” said Jeff Stillwell, President of Salt Life. “As we continue to expand our performance apparel category, it is only fitting that we outfit some of the best anglers in the world, who will be competing in some of the most impressive fisheries in the world.”

The SFC will begin in April 2022 with the Louisiana Gulf Coast Billfish Classic and continue through Gulf, Atlantic, Mid-Atlantic, and Caribbean waters until the final tour stop at the San Juan International Billfish Tournament in Puerto Rico. Teams earn points based on their placement in each qualifying tournament and are awarded additional points for every qualified catch throughout the season. The SFC awards four winners based on results from the 12-tournament regular season, which features three championship fish” competitions and a points-based catch-and-release billfish championship.

“The Salt Life brand is synonymous with ocean adventures,” said SFC CEO and Commissioner Mark Neifeld. “We are proud to partner with a premier apparel sponsor that truly reflects our anglers’ bold and fearless lifestyles. Together, Salt Life and the SFC will continue to showcase championship performance during marathon days on the water.”

The SFC is the first offshore fishing series to feature live tournament coverage on a premier cable sports network, bringing the adrenaline and excitement of blue water fishing to the masses. CBS Sports Network agreed to a groundbreaking, multi-year deal that will deliver high-stakes, final day action from every event. Three-time World Sailfish Champion, Emmy Nominated television host, and Salt Life team member Peter Miller will be anchoring the coverage each week alongside veteran broadcaster Robbie Floyd from the SFC Studios.

Salt Life® is a leading ocean lifestyle brand embracing those who love fishing, diving, surfing, beach fun, sun-soaked relaxation, and everything in between. Founded in 2003 by four avid watermen from Jacksonville Beach, Florida, Salt Life has grown through widespread distribution and coast-to-coast retail stores. The brand’s professional roster boasts numerous athletes, sportsmen, and other ambassadors in the fishing, surfing, diving, and music worlds. Salt Life offers omnichannel consumer engagement though their YouTube Channel, Instagram, Facebook, in-store activations, and The Daily Salt content portal, which includes the newly launched Above & Below: a Salt Life Podcast and Charter Captains and Surf Instructor Directories.

Salt Life products are available to consumers at www.saltlife.com, in surf shops, specialty stores, department stores, and sporting goods retailers, as well as at Salt Life’s various branded retail stores. The brand’s flagship store is in Jacksonville Beach, Florida, where the term “Salt Life” was coined over 15 years ago.

Delta Apparel, Inc., along with its operating subsidiaries, DTG2Go, LLC, Salt Life, LLC, and M.J. Soffe, LLC, is a vertically integrated, international apparel company that designs, manufactures, sources, and markets a diverse portfolio of core activewear and lifestyle apparel products under the primary brands of Salt Life®, Soffe®, and Delta. The Company is a market leader in the direct-to-garment digital print and fulfillment industry, bringing DTG2Go technology and innovation to the supply chain of its customers. The Company specializes in selling casual and athletic products through a variety of distribution channels and tiers, including outdoor and sporting goods retailers, independent and specialty stores, better department stores, and mid- tier retailers, mass merchants, and e-retailers, the U.S. military, and through its business-to- business e-commerce sites. The Company’s products are also made available direct-to- consumer on its websites at www.saltlife.com, www.coastapparel.com, www.soffe.com, and www.deltaapparel.com as well as through its branded retail stores. The Company’s operations are located throughout the United States, Honduras, El Salvador, and Mexico, and it employs approximately 8,400 people worldwide. Additional information about the Company is available at www.deltaapparelinc.com.

About The Sport Fishing Championship

The Sport Fishing Championship (SFC) is the world’s premier offshore fishing series, consisting of twelve points-based tournaments, culminating in one grand champion angling team. Competitors earn points based on their placement in SFC Qualifying Tournaments and additional points for every qualified catch recorded throughout the regular season. The top team receives a substantial cash prize and the prestigious SFC Championship Trophy. For more information about the SFC, visit SportFishingChampionship.com or follow on social @sportfishingchampionship. 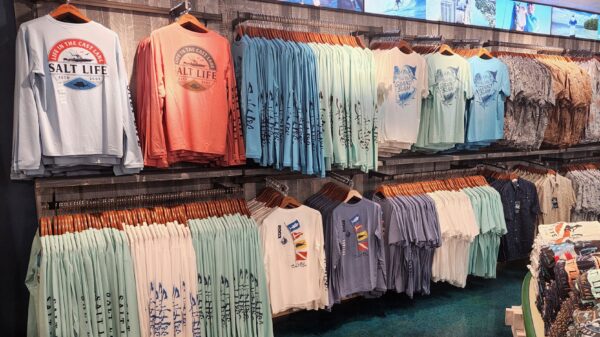 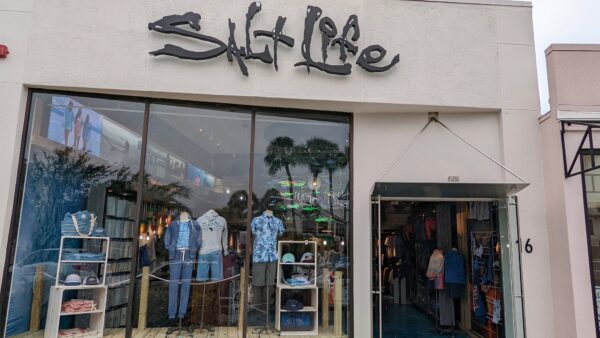